One of the most relentless schedules in the history of English soccer hasn’t stopped Manchester City putting together a record-setting run of wins.

It’s 15 straight victories and counting for Pep Guardiola’s irrepressible team, which has another domestic treble in its sights.

On an action-filled evening in the FA Cup featuring a wild 5-4 win for Everton over Tottenham, Man City beat second-tier Swansea 3-1 to also reach the quarter-finals and break the record for most consecutive wins in all competitions by a top-flight team. The mark had lasted for nearly 130 years, with Preston winning 14 in a row in 1892. That was later matched by Arsenal’s class of 1987.

City has gone one better during a pandemic, when matches in the Premier League or domestic cup competitions are being played every three or four days to fit them into a condensed season that started a month later than usual.

Indeed, by also advancing last month to the English League Cup final, City has played every weekend and midweek since Nov. 21 – except for an eight-day break from Dec. 26-Jan. 3 during which the team’s training ground was closed because of a coronavirus outbreak. The number of first-team players to test positive ran into double figures.

“That means a lot in this toughest period, in the Christmas and winter time,” said Guardiola, whose side leads the Premier League by five points with a game in hand. “To do what we have done in this time is quite remarkable.”

City won 20 straight games in all competitions from August-December, 2017, also under Guardiola, but one of those victories came in a penalty shootout in the League Cup after a 0-0 draw after extra time.

Guardiola earned his 200th win in 268 games in charge of City. However, it was a historic night for very different reasons for his long-time coaching rival, Jose Mourinho.

For just the third time in a managerial career spanning nearly 1,000 games, Mourinho saw one of his teams concede five goals in a game as Tottenham lost a thriller at Goodison Park.

Bernard netted the winning goal in the 97th minute for Everton, which trailed after three minutes, scored three goals in seven minutes near the end of the first half to forge ahead, then conceded with seven minutes left of regulation time to be taken to be taken to extra time.

Also advancing to the last eight on Wednesday was Sheffield United, a 1-0 winner against second-tier Bristol City, and Leicester, which beat Brighton by the same score thanks to Kelechi Iheanacho’s goal in the fourth minute of stoppage time.

In the 2018-19 season, City became the first English team to achieve the domestic treble, beating Swansea en route to winning the FA Cup that year by coming from 2-0 down to win 3-2 in the quarter-finals.

City didn’t need to produce anything as dramatic this time, taking the lead in the 30th when Kyle Walker’s low cross into the penalty area was missed by the sliding Ferran Torres at the near post and ended up creeping inside the far post.

Rodri played in Raheem Sterling to double the advantage in the 47th, before Gabriel Jesus controlled a header across goal by Bernardo Silva and slammed in a left-footed shot three minutes later. 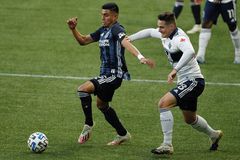 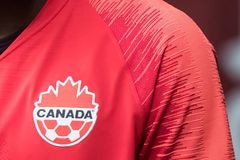 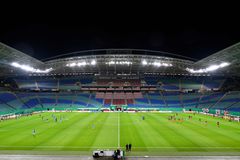