As Toronto FC’s playoff hopes disappeared farther into the distance in the wake of Saturday’s 4-2 loss to Los Angeles FC, captain Michael Bradley offered a blunt assessment of a season that has seen his team go from MLS champions to also-rans.

Bradley, in his hardest-hitting critique yet of a 7-14-6 league campaign that continues to go south, questioned the team’s mentality and commitment “to double down” after its 2017 championship year. And he included everyone in a wide net.

“[CONCACAF] Champions League aside, this year, we have not had enough people in this club from the top all the way down to the bottom – and everybody’s included – we have not had enough people who have understood how hard it was going to be, what it was going to take to navigate through another season where we had to play every week like our lives depended on it,” he said.

“Last year, that was the mentality. Last year, that was what we were able to do. But when you win, when you win everything like we did, then you have to understand that to come back and do it again, it’s going to be even harder. And through 27 league games this year, it’s not even been close. Not even close.”

In 2017, when TFC won the Supporters’ Shield, Canadian Championship and MLS Cup, Bradley said the team was “relentless” from the first game to the last.

It was a biting indictment of a franchise that, through the largesse of owner Maple Leaf Sports & Entertainment, has everything it could want from coaching to sports-science experts.

The team reached the finals of the CONCACAF Champions League and won the Canadian Championship. But over the long MLS season, it has failed to deliver the goods.

Bradley’s words are even more cutting considering the graphic outside TFC’s dressing room in its north Toronto training centre.

The wall is covered by a giant photo of the team celebrating its 2017 MLS Cup win. Underneath is a quote from legendary UCLA basketball coach John Wooden: “Winning takes talent. Repeating takes character.”

The team has seen the challenge every single day. And it has not risen to meet it, according to its captain.

Coupled with Montreal’s 3-0 victory over the New York Red Bulls, Toronto is now nine points out of the playoffs with seven games remaining.

Saturday was another example of inconsistent offence and leaky defence.

Diego Rossi scored twice and Lee Nguyen and Carlos Vela also had goals for LAFC, which silenced the BMO Field crowd of 28,247 with goals two minutes apart to open the second half.

Jozy Altidore pulled one back in the 74th minute after being put in alone by Sebastian Giovinco. The Italian hit the goalpost minutes later with a long-range rocket.

Altidore scored again, roofing the ball in the 93rd minute to make things interesting at 3-2. But only briefly, as Vela scored a minute later, beating Clint Irwin with a high shot from a tight angle.

“Too many times now I feel like we’re shooting ourselves in the foot, myself included,” Altidore said. “I think everybody’s had a turn, so to speak.”

The first regular-season meeting between the two teams was also a father and son affair, pitting LAFC coach Bob Bradley against son Michael for the first time in a competitive match (the two did meet in a preseason game this year).

The opening goal came in the 23rd minute off Rossi’s speculative long-range shot that hit defender Justin Morrow’s leg and then Vela’s arm before eluding a diving Irwin, who got the start in place of normal No. 1 Alex Bono. TFC defender Drew Moor appealed in vain for handball.

With Toronto coming into the game 0-12-1 when conceding the first goal, it was a bad omen.

Things went from bad to worse for the home side when play maker Victor Vazquez, who had to pass a late fitness test to make the starting 11, was forced to leave in the 25th minute – still feeling the effects of a knee to the back last time out.

LAFC struck quickly to open the second half. After Gregory van der Wiel failed to control a long ball, Rossi took possession before lashing home a left-footer in the 47th minute for his 10th of the season. Two minutes later, Vela beat three defenders and passed the ball to an unmarked Nguyen.

Toronto had its opportunities. Giovinco had several good chances, including a glorious overhead bicycle shot from the edge of the penalty box in the 15th minute that had to be tipped over the bar by Tyler Miller. He shot just wide in the second half, hanging his head afterwards.

Substitute Lucas Janson was also just off-target with a header and then shot high. 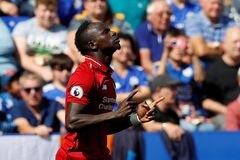 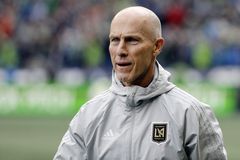 After loss to TFC, Impact look to rebound against East-leading Red Bulls
August 31, 2018 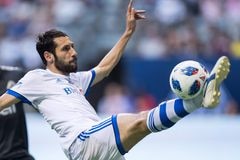