The Montreal Impact are aching to get back on the pitch following their worst defeat in franchise history – a game head coach Remi Garde called a “nightmare.”

The Impact face New York City FC on the road on Saturday afternoon exactly one week after suffering a 7-1 thrashing against Sporting Kansas City, their most lopsided loss since joining Major league Soccer in 2012.

It will be Montreal’s fifth consecutive road game to start the season.

“We’re all so eager to erase last week’s nightmare,” Garde said before practice on Thursday. “We’ll have to be tactically better than last game and mentally much stronger.”

The Impact (2-2-0) lacked structure and cohesion against Sporting KC. A late first-half collapse gave Sporting a 3-0 lead at halftime and the home team put four more past Evan Bush in the second half. Saphir Taider’s 89th minute goal was little consolation.

The previous Impact franchise record for goals allowed in an MLS match was five.

“These aren’t excuses, but last week was a disorganized week,” midfielder Samuel Piette said. “We had players leaving for the national team. Nacho [Piatti] wasn’t there, Zak was suspended, there was the situation with Harry. There were many things that happened that didn’t help us to get a good result in Kansas City.”

The team held a players’ only meeting shortly after its return to Montreal to address the debacle.

“The first day you get back, the atmosphere is always heavy because you’re not happy with that result,” Piette, a Canadian international, said. “I think we’re all aware what happened in that game. And we also wanted to make sure we’re not in a panic mode – it was only the fourth game of the year.

“If we bounce back Saturday and get a result in New York, the loss won’t be forgotten but it will still be a great start to the year.”

Garde will have more players at his disposal against New York City FC (0-1-3).

Diallo is back after serving his one-game suspension. And Novillo, whose passport issue was resolved during the week, will travel with the team to New York. Garde said the club would sanction Novillo for the incident, but refused to reveal the details.

Piatti, however, will not play on Saturday as he continues to deal with a knee injury sustained against Orlando City SC on Mar. 16. The Impact’s star midfielder has not begun training with his teammates yet.

Garde said the Argentine would likely also miss next Tuesday’s match against D.C. United. His status for Montreal’s home opener versus the Columbus Crew next Saturday is up in the air.

NYCFC is still looking for its first victory of the season after a stinging 4-0 loss in Toronto followed three draws.

New York has history on its side. The Blues are 5-1-3 all-time against Montreal and are undefeated in their previous six matchups (3-0-3). The Impact’s only win against New York was on Aug. 1, 2015, when Piatti recorded a brace.

As always, Yankee Stadium will prove to be a challenging venue for the visitors.

The surface of the pitch is smaller than any other MLS venue, making for fast-paced and frenetic soccer. Playing with possession is difficult because available spaces close down quickly.

MLS newcomers such as Orji Okwonkwo and Novillo have never played at Yankee Stadium.

“They say it’s a baseball field,” said Okwonkwo, the 21-year-old Nigerian forward on loan from Bologna. “We’ll just have to adapt. We’re playing 11 against 11 so I don’t think it’s a big thing for us. We just go there and do our thing.” 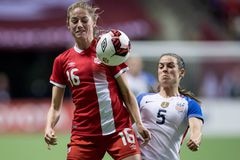 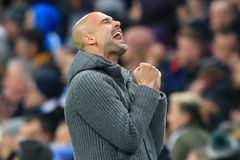