With the Impact entering a stretch of three home games in eight days, midfielder Samuel Piette believes this is a pivotal point in Montreal’s season.

The Impact (6-6-3) open their longest home stand of the year against the streaking Real Salt Lake (6-6-1) on Wednesday night.

Montreal then plays host to Orlando City on Saturday and the Seattle Sounders on June 5.

“I was talking with [defender] Zak Diallo, and we said that we need at least seven points [from the next three games],” Piette said before training on Tuesday. “We don’t want to lose here. We need to win two games and make sure we don’t lose a game at home.”

Montreal is in fourth place in a very competitive Eastern Conference, four points off leaders D.C. United and four points from the playoff red line. The teams chasing Montreal in the East – Atlanta United, New York City FC and Toronto – have at least two games in hand.

The Impact are winless in their past three matches (0-2-1) after a 4-2 loss to Los Angeles FC last Friday.

“It’s a crucial moment for us,” said Piette, who missed that game with a suspension. “It’s hard to make the switch because we played so many away games. You have a different mentality when you’re on the road, and now you’re coming back home. We know we need to get as many points as possible at home.”

Star player Ignacio Piatti’s status is unknown going into the midweek clash with Real Salt Lake. The Argentine appears to have reaggravated the right-knee injury that kept him out of the lineup for more than two months.

Piatti made his much-anticipated return two weeks ago, playing 24 minutes off the bench in a 0-0 draw against New England. He played 64 minutes in Los Angeles in his first start since March 16.

But the designated player experienced discomfort in his knee after the loss to LAFC. He went for a medical exam on Monday and did not train with his teammates this week.

It’s a bad case of déjà vu for the Impact, who struggle to score goals when Piatti is out of the lineup. Montreal scored nine goals in the 10 games without Piatti this season.

“We’re always disappointed to hear that Nacho [Piatti] has a little injury, a little pain,” Piette said. “We want him on the pitch. This is where he’s at his best. And I know he wants to be on the pitch, too. Hopefully it’s nothing serious and he’ll be back really soon.”

Piatti’s possible absence is one of many questions surrounding Montreal’s banged-up midfield.

Orji Okwonkwo, who left the LAFC game with a leg injury in the first half, is also doubtful for Wednesday’s match. Okwonkwo did not train with the team this week. Harry Novillo, Saphir Taïder and Omar Browne are all dealing with injuries as well.

That could mean more playing time for youngsters such as Ken Krolicki, especially with the busy coming schedule.

Krolicki made his first appearance of the season against Los Angeles when he replaced Piatti for the game’s final 26 minutes. The 23 year old missed the first 12 weeks of the season after dislocating his right elbow during the preseason.

“I’ve been on the bench for a couple of games now, but to finally step on the field and play against LAFC was great,” said Krolicki, who was picked by the Impact in the 2018 MLS SuperDraft. “I was excited, more so than nervous. I’ve been working for two or three months now and trying to become game fit.

“After I came on, we pressed them a little better with my energy.”

Real Salt Lake are riding a three-game win streak, their longest of the season. The club from Utah has not won four matches in a row in MLS since 2013.

Real Salt Lake pulled off a stoppage-time 2-1 win over Atlanta United in their most recent match. The current run has bumped them into sixth place in the Western Conference.

Former Whitecaps player ‘optimistic’ after meeting owners about alleged harassment
May 27, 2019
Opinion
Toronto FC brought down by a familiar foe
Subscriber content
May 26, 2019 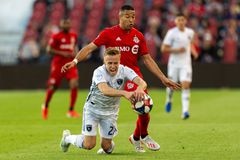 Canada and Spain finish scoreless in final warm-up ahead of Women’s World Cup
May 24, 2019 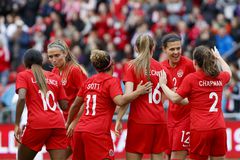