Coronavirus information
The Zero Canada Project provides resources to help you make the most of staying home.
Visit the hub
Neil Davidson
The Canadian Press
Published June 5, 2020 Updated June 5, 2020
Comments
Please log in to listen to this story. Also available in French and Mandarin. Log In Create Free Account

It looks like Prince Edward Island will lead the way in Canada’s return to soccer, with the Canadian Premier League looking to possibly kick off its pandemic-delayed season in Charlottetown.

Vancouver Island is also in the running to host the Canadian pro league.

The Canadian Soccer Association announced Friday that the sport can resume in P.E.I. and B.C., providing clubs compete the final phase of its “Return to Soccer Guidelines” which includes completing a “self-assessment tool.”

A Canada Soccer spokesman said amateur teams could resume training in P.E.I. as soon as this weekend with clubs in B.C. perhaps following next week.

The CPL, meanwhile, said Friday that its owners, clubs and player leadership had unanimously agreed on “the structure and concept of a proposed strategy on the possibility of a 2020 CPL season.”

Now they just need to nail down a venue, with P.E.I. and Vancouver Island the two leading candidates. That involves getting the approval of local health authorities.

“We feel very confident that our health and safety protocols are very stringent,” Clanachan said in an interview. “And I can say our players are pleased with what they’ve seen. it’s answered all their questions and more.”

Charlottetown raised its hand via a statement Friday.

“Charlottetown is open for business,” Mayor Philip Brown said in a statement. “I’m excited to be able to extend an invitation to the Canadian Premier League and its eight member teams to play their modified single-city season in the birthplace of Confederation — it doesn’t get any more Canadian than right here in Charlottetown.

The P.E.I. government confirmed last month it had been approached by HFX Wanderers FC about having the CPL resume its season in the province.

Lisa Beare, B.C.’s minister of tourism, arts and culture, said she has been in contact with the CPL about hosting a shortened season in Langford.

“We are currently reviewing their proposal,” Beare said in a statement. “It would be great to see Canadian soccer being played on Vancouver Island this summer in a way that is safe for everyone.”

Like Major League Soccer, the CPL is looking at staging a round-robin tournament in one location. The hope is both leagues may be able to resume play in their own host cities at a later date.

“The problem with the world we live in today is everything is changing so quickly every day,” said Clanachan. “That could be very good news for us a few months from now or it could be bad news.

“I’m holding out hope that that (playing in home cities) could be the case. I think everybody is kind of hoping for that.”

The league was slated to kick off its second season on April 11 but has been on hiatus due to the global pandemic.

As of Friday, P.E.I. had 27 confirmed cases of COVID-19 and no deaths. Vancouver Island had 130 cases including five deaths.

The league is looking at starting mid- or late July with play going into September. Clanachan says it will be up to the local health authorities if teams would have to self-quarantine upon arrival.

The league has some experience in transporting its teams en masse, having taken them to the Dominican Republic for pre-season training prior to the 2019 inaugural campaign.

Canada Soccer says another two to four provinces could follow P.E.I. and B.C. in returning to play.

“Starting with the suspension of sanctioned soccer in March, countless hours of thoughtful and measured discussion and planning have gotten us to a place where we are confident we can once again provide a safe sport environment in areas of the country where the provincial and local governments have permitted a return to physical activities,” Canada Soccer general secretary Peter Montopoli said in a statement.

Different regions may opt for different rules in resuming the sport. Ontario, for example, could choose to return to play depending on region.

Pro teams are governed by their league’s return to play protocols, as well as local health and government authorities. 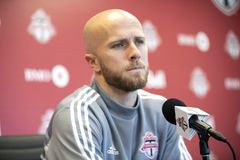 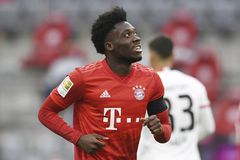 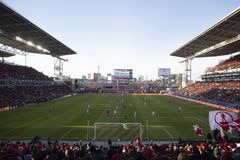