The English Premier League likes to take pride in its global reach and status as one of the largest professional sports organizations in the world.

But the league is facing an unprecedented challenge from the American owners of two of its premier clubs – Manchester United and Liverpool. The owners want to radically transform how the EPL operates and give it a structure that’s more in line with North American pro sports leagues.

The Americans – United’s Glazer family and Liverpool’s Fenway Sports Group – have proposed a sweeping plan called Project Big Picture. It would cut the number of teams to 18 from 20 and put most of the decision making in the hands of the nine largest clubs. The plan also would also change the system of relegation, clear the way for more games against European teams and increase revenue sharing with lower-league clubs.

During a meeting on Wednesday, the league’s owners set aside the plan but “agreed to work together as a 20-club collective on a strategic plan for the future structures and financing of English football.”

It’s unlikely the Americans will stop pressing for change. The Glazers and Fenway have extensive sports holdings in the United States and they’ve long been frustrated by the peculiarities of English soccer, which is based on a pyramid system in which teams are promoted and relegated at the end of each season.

The Glazers own the NFL’s Tampa Bay Buccaneers while Fenway Sports controls baseball’s Boston Red Sox. Fenway is reportedly on the verge of a US$8-billion transaction involving an investment vehicle that’s backed by a private equity firm and involving Billy Beane, the Oakland Athletics executive made famous in the film Moneyball. If the deal goes ahead, media reports indicate that Beane would sever his ties to baseball and concentrate on other sports ventures for Fenway, including buying more soccer clubs in Europe.

Many soccer fans and EPL observers saw the Big Picture proposal as a first step toward scrapping relegation and expanding into Europe. The plan would have dropped the annual League Cup tournament, which involves teams from the EPL and the English Football League, a collection of 72 teams in three lower divisions. That would have opened the door for EPL teams to play more games against the top clubs in Europe or eventually create a European super league.

The Americans have a ways to go in winning support for their changes. When the Big Picture surfaced in public last weekend it sparked a fierce backlash from fans, other club owners and cabinet ministers.

Oliver Dowden, the Secretary of State for Digital, Culture, Media and Sport, labelled it “Project Power Grab” and he told a Parliamentary committee on Wednesday that the EPL should spend its time helping smaller clubs that are struggling to survive because of the COVID-19 pandemic. The plan “genuinely brings into question the ability of football to govern itself properly,” he added.

The Football Supporters' Association, which represents fans across the country, said the plan would ruin the game. “The insatiable greed of a small handful of billionaire owners cannot be allowed to determine the structure of football in this country,” the group said in a statement. It was backed by fan clubs at Manchester United, Liverpool, Arsenal, Chelsea, Manchester City and Tottenham.

Greg Clarke, the chair of the Football Association, which oversees English soccer, added that the FA was prepared to veto the arrangement. In an open letter this week he said he dropped out of the negotiations “when the principal aim of these discussions became the concentration of power and wealth in the hands of a few clubs with a breakaway league mooted as a threat.”

Not everyone has turned their back on the ideas. The Americans have won strong support from the owners of many lower league teams who believe financial reform is long overdue in English soccer. Big Picture was a "message from Liverpool and Manchester United ... that they do genuinely care about the pyramid,” said Rick Parry, chair of the EFL.

Parry said many EFL teams were financially strapped before the pandemic hit and the situation has now become unbearable for some. The league’s clubs lost £382-million in total last season and owners had to inject £384-million in capital this spring because of the pandemic.

The Big Picture plan called for a greater share of EPL television revenue as well as a £250-million, or $427-million, payment to help the EFL cope with the pandemic. That would have provided a critical lifeline for the clubs, Parry said. “This is a blueprint for the future of English football and for everyone who cherishes it,” he said. 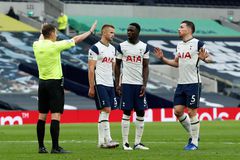 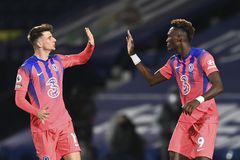 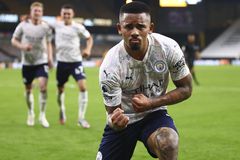