One day after the Canadian men turned heads with an impressive 4-1 World Cup qualifying win over Panama, Canada women’s coach Bev Priestman talked of turning her Olympic champion team into a perennial contender.

“I think the challenge that I’ll put to the group moving forward is to really change the face of this country, we have to do it more regularly than every four years,” she told a virtual availability. “So can we do it at a World Cup?

While the Canadian women have won bronze, bronze and gold at the past three Olympics, they have not enjoyed much success in the larger field of the World Cup. After finishing finished fourth at the 2003 tournament, they failed to get out of the group phase in 2007 and 2011 before exiting in the quarter-finals on home soil in 2015 and the round of 16 in France in 2019.

All 22 members of Priestman’s gold medal team are set to take part in the “Celebration Tour,” with games against New Zealand on Oct. 23 at TD Place in Ottawa and Oct. 26 at Saputo Stadium in Montreal.

Canada is ranked sixth in the world, compared with No. 23 for New Zealand. The Canadian men, while on the rise in the FIFA rankings, are currently No. 51.

The Canadian women have not played since defeating Sweden via penalty shootout in the Aug. 6 Olympic final in Yokohama, Japan.

They last played at home on May 18, 2019, when they blanked Mexico 3-0 at BMO Field in Toronto in a warm-up match ahead of the 2019 World Cup in France. The 29 matches since then have all been played away from home.

“Being at home does ignite your country,” Priestman said.

“I just can’t wait and I know the players are absolutely pumped to get in a stadium full of red and love,” she added. “They’re get to share that moment with the people who really were behind them all the way.”

Priestman reiterated that the October home matches will further help the Olympic triumph sink in.

With an eye to the future, Priestman has also invited four other players to camp: Marie Levasseur from France’s Fleury FC, Victoria Pickett from the NWSL’s Kansas City team, Jade Rose from Harvard University, and Nikayla Small from Wake Forest University.

The Canadian women will play their first official matches next July at the 2022 CONCACAF W Championship.

Asked about the recent upheaval in the NWSL, which has been rocked by allegations of sexual misconduct, inappropriate and homophobic comments, Priestman said she has talked to her NWSL players and others “just to let them know that we’re right behind them.”

Canada Soccer has also reached out to FIFA, U.S. Soccer and the NWSL about the continuing investigations.

“It does not do that league great credibility, unfortunately because of the situation,” she said. “But I do believe that the right actions and processes and everything that’s coming about those unfortunate circumstances will really help move that forward and make sure that our players are in safe hands and are operating with the level of professionalism that’s needed.”

Priestman also said work continues behind the scenes to bring professional women’s soccer to Canada but cautioned it takes time.

“What we don’t want is something that will launch one year and fail the next.”

Canada and New Zealand have ties off the football field. Priestman and John Herdman, Canada men’s coach, both coached in New Zealand before coming to Canada.

The two countries met at the past two World Cups. They played to a scoreless draw in Edmonton in 2015, with Canada winning 2-0 in Grenoble, France, in 2019.

The Canadian women are 8-1-4 all-time against the Football Ferns, with the lone loss coming in their first meeting in December, 1987. 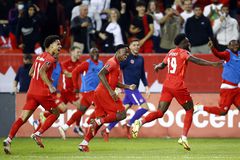 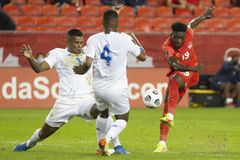