The coronavirus outbreak brought soccer in Spain to a halt on Thursday as Real Madrid put its team under medical quarantine and the league announced it was stopping play for at least two weeks.

Real Madrid said it ordered the players from its soccer and basketball teams to remain in isolation after one of the basketball players tested positive for the virus.

The club said the soccer team was affected because it shares training facilities with the basketball team. Local media reported that the players have been given specific training routines to keep in shape at home.

The decision by the club came moments before the Spanish league announced that the next two rounds of the top two soccer divisions will be suspended because of outbreak. The league said in a statement that it had taken the decision after becoming aware of “the quarantine established in Real Madrid and the possible cases in players from other clubs,” without mentioning those suspected cases.

No player from a Spanish soccer team has been reported to have the virus.

Italian club Juventus said Wednesday that defender Daniele Rugani and “those who have had contact with him” are being isolated after he tested positive for the virus.

The Spanish government had already ordered this week that all sporting events in the country would be held without spectators as the southern European nation grapples to control the outbreak. Spain has nearly 3,000 virus infections and 84 resulting deaths.

“People are our priority,” Spanish soccer federation president Luis Rubiales said after meeting with officials of the league and the players’ association. “We had come to the opinion a few days ago that Spanish soccer had to stop, but we wanted to listen to the league (officials). Hopefully we can recover the games. We are working in every scenario.”

Rubiales said it was too early to decide how they would resolve theoretical questions such as how to determine the league champion or relegation spots if the competition is unable to restart in the coming weeks. Barcelona leads the standings with 11 matches to go. The calendar for the league was set to end in May, just weeks before the European Championship.

Rubiales said sports authorities will decide if the stoppage needs to be prolonged on March 25.

Madrid was scheduled to host Eibar on Friday, a game that would have been played without spectators. The team was then to play at Manchester City in the Champions League next week.

The club also said that it is closing its training centre and that it has recommended all staff who work at the centre to remain in isolation.

For most people, the virus causes only mild or moderate symptoms, such as fever and cough. For some, especially older adults and people with existing health problems, it can cause more severe illness, including pneumonia. The vast majority of people recover.

Schools in Madrid and other regions have been closed. Madrid’s El Prado art museum shut its doors for the first time in eight decades on Thursday. Some supermarkets have seen long lines and shelves nearly emptied as spooked shoppers hoard extra goods.

The World Health Organization labeled COVID-19 a pandemic, citing its alarming spread and severity. It has infected more than 120,000 people worldwide and caused more than 4,000 deaths. 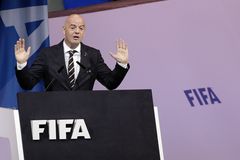 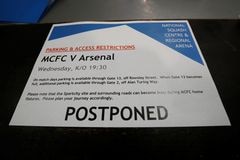 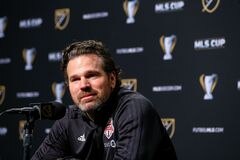