An independent third-party review of the Vancouver Whitecaps stemming from allegations of harassment and bullying in 2008 against a former women’s team coach has recommended the club improve its communication efforts and take steps to ensure that all complaints are properly documented and addressed.

In a 32-page report released Wednesday, the Toronto-based Sport Law & Strategy Group (SLSG) identified there was a “lack of effective communication with the players,” but noted many recommendations as to what the club could or should have done differently at that time “have already been addressed and are reflected in current policies and practices.”

“I look at it as just one piece of a continued building block for not only us as a club at the Whitecaps to improve and be better, but also as hopefully a calling card,” Whitecaps co-owner Jeff Mallett said.

“As we make this public to everybody, which was our promise to the women who brought these issues forward, we’re hoping this can be something we can all learn from and use to focus on safe sport because as you know, there’s lots of room for improvement across Canada, both at the youth and professional level on safe sport.”

Former player Ciara McCormack published a blog post last February alleging inappropriate behaviour by Bob Birarda when he was head coach of the Whitecaps women’s team and Canada Soccer’s women’s under-20 talent pool in 2007 and 2008.

The post said neither Canada Soccer nor the Whitecaps adequately addressed or investigated her concerns. More than a dozen other former players later came forward, alleging they also witnessed or experienced abuse, harassment or bullying by the coach.

The allegations have not been proven in court and Birarda did not immediately respond to a request for comment Wednesday. He was dismissed by the Whitecaps and Canada Soccer in October 2008.

“Canada Soccer has just received the report and is in the process of taking the necessary time to review its contents,” said Brad Fougere, communications manager for the sport’s domestic governing body.

McCormack, reached in Phuket, Thailand, said she was pleased that there is more awareness about the issues, but felt the review was loaded with “corporate-speak” and short on substance.

“I would say that it basically glosses over the situations and paints the Whitecaps in a favourable light,” she said.

The Whitecaps issued an apology to the former players last May. Team owners met with McCormack and three of her former teammates that month to discuss the allegations and how the club could move forward.

McCormack said the report was what she had expected.

“It was more just for them to follow through with what they said they were going to do,” she said. “I thought that was really important for them to do. But in terms of content or anything like that, I wasn’t expecting to have my mind blown at all. And I wasn’t.”

“We again thank these women for their bravery in coming forward and express our sincere regret and empathy to all those who were affected,” the team said in a statement. “We are truly sorry.”

In addition, the SLSG expanded its review to explore the hiring of a coach in 2013 and an “incident of assault between players” in the Whitecaps’ under-15 boys program in 2017.

The club acknowledged it made an error in its hiring process. According to the review, the Whitecaps interviewed an individual for a coaching position in January 2013, verified references, completed a background check, but did not make the hire at that time.

Allegations of racism were levelled against the coach in April 2013. The coach was hired in September 2013, but a new screening process had not been conducted.

The Whitecaps have taken steps to ensure that should such a situation occur again, there will be a further interview and new screening process before hiring, the report said.

The SLSG said it examined the process the Whitecaps used to address an allegation of bullying that led to an assault in June 2017 between players in a youth residency program. Details were not provided since the players were minors at the time, but the SLSG found the Whitecaps handled this incident “reasonably and in accordance with expected practices.”

The review was expected to be completed last summer, but was extended on two occasions.

The SLSG recommended the Whitecaps continue to improve efforts to “actively engage their stakeholders, particularly the players,” by intentionally seeking their opinions, involving them in the shaping of policies and processes, and making changes based on their input.

“Continuing to engage players, as well as staff, in this way will provide opportunities to hear about issues firsthand and attempt to resolve those issues before they escalate in a more public manner,” the report said.

The review also recommended the Whitecaps take steps to ensure that all complaints – regardless of the level of programming – be documented and addressed.

“This will ensure a formalized record of all incidents that are brought to the attention of the organization and will provide a comprehensive record of how the organization responded to those incidents and what actions, if any, were taken to address them,” the report said. “If no action is deemed necessary by the organization, the rationale for that decision should be documented and shared with the parties involved.”

In addition, the SLSG recommended the Whitecaps continue to take steps to improve the level of transparency, monitoring and oversight provided during the management of any future complaints.

The Whitecaps club was founded in 1974. The men’s team joined Major League Soccer in 2011. 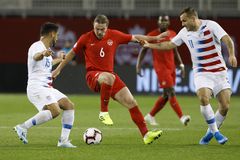 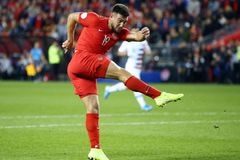 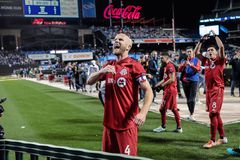