Coach Rémi Garde said Thursday he doesn’t only look at goals to determine whether forwards Matteo Mancosu, Anthony Jackson-Hamel and Quincy Amarikwa are contributing to the team.

“We have to avoid simplistic judgments by only looking at that position in terms of statistics or goals scored, because that’s not all that counts,” Garde said. “It’s not always the strikers who score the goals.

“I like to put together 11 players who can win a match.”

Still, the centre forward position has been a blank spot since the start of the season. The veteran Mancosu has only three goals in 18 games, while Jackson-Hamel, who had a breakout 2017 campaign with nine, has found the back of the net only twice in 15 outings.

Newcomer Amarikwa has been used sparingly and is yet to score in three games since he was acquired on Aug. 8 from San Jose for little-used forward Dominic Oduro.

The sixth-place Impact are next-to-last in the league with 1.26 goals scored a game, and the lack of a proven finisher in the middle may be a serious handicap as they battle to stay in a playoff position through the final weeks of the season.

The problem looked to be solved a month ago when a deal was struck with striker Jimmy Briand. His French club EA Guingamp announced that he was leaving with a year left on his contract to join Montreal and the Impact released a statement saying it was “a matter of time” before he joined the roster.

But on July 26, the deal was off. The Impact said Briand made additional contract demands it would not accept.

While the 33-year-old Briand is no Didier Drogba, the former Chelsea scoring ace who lit up Major League Soccer when he joined the Impact in 2015, he would likely have boosted the Montreal attack.

Garde was visibly upset when the deal fell through and tried in vain to revive the talks, but Briand opted to sign with French club Bordeaux.

Now the first-year coach has a group of strikers who have looked lost for most of the season in an attack led by midfielders Ignacio Piatti, Alejandro Silva and Saphir Taider. Teams can still add a player until Sept. 22, but it appears the Impact has finished its shopping.

“I’m at peace with that,” Garde said. “I think we’ll finish the season with the three strikers we have.”

What counts is that the striker does whatever he can to help the team.

“I want someone who is able to sacrifice for the team, to make it hard on the defence, to be in constant movement, to draw the defence away and open up space for Nacho [Piatti], Alejandro or Jeisson [Vargas], when he plays,” Garde said. “And when he doesn’t have the ball, that he is someone who comes back and works and doesn’t just wait for the ball.”

Garde also warned against putting too much emphasis on numbers, saying players sometimes feel they have to get shots or goals and assists to make their statistics look good.

“Statistics in football are dangerous, and you have to be careful,” he said. “To me, statistics are there to confirm to me what I saw with my eyes.” 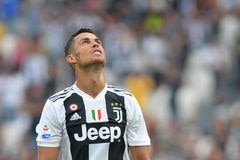 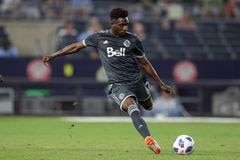 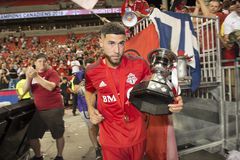