Michael Bradley will mark a milestone Sunday with his 200th game in all competitions for Toronto FC.

But will the MLS Cup final in Seattle be his last outing in TFC colours?

Bradley, whose contract status has been shrouded in mystery this season, is a major subplot in the championship game storyline. He is Toronto’s captain and undisputed alpha dog.

“He sets the standard for everybody down in that locker room as to what it should look like when you come to work every single day,” Toronto coach Greg Vanney said.

And like most everything else he is involved in, Bradley is pulling the strings.

Bradley was unveiled in January, 2014, overshadowed by England star striker Jermain Defoe as the two sat on the dais at Toronto’s Real Sports Bar & Grill. Next to the English double-decker bus parked outside the Scotiabank Arena to help trumpet Defoe’s arrival, Bradley was almost a US$10-million-acquisition afterthought from AS Roma.

“I can tell you all I have never been more excited, more determined and more motivated for any challenge in my entire career,” Bradley said that day, a beacon of intensity with laserlike eyes and shaved head over a black shirt.

Defoe lasted one season. Bradley became the backbone of the franchise.

Toronto, widely seen as the league’s doormat, albeit one with a great fan following, was coming off a 6-17-11 campaign in 2013. Playoff was not in the team vocabulary.

Vanney, who took over as coach with 10 games remaining in the 2014 season, says his captain led the way in turning around a franchise that former striker Danny Koevermans, frustrated by a league-worst 0-9-0 start to the 2012 season, called “the worst team in the world.”

The veteran U.S. international midfielder has hoisted both the MLS Cup and Supporters’ Shield, as well as the Eastern Conference trophy and Canadian Championship three times while leading Toronto to within a penalty kick of the CONCACAF Champions League crown and another MLS title.

Bradley’s contract was believed to expire at the end of 2019. But The Athletic, in an MLS notebook item back in July, reported that he will earn another year at his current salary of US$6.5-million (second-highest in the league) should Toronto win the MLS Cup this season.

Given Jozy Altidore and Alejandro Pozuelo, Toronto’s other designated players, are under contract next season, another year at Bradley’s current big-ticket sticker price ties TFC’s hands when it comes to DPs.

And while still highly effective, the 32-year-old is not getting any younger.

Bradley has declined to talk about his contract status all season. And it speaks volumes about his position at the club that the front office has religiously followed his lead.

“Michael said he was not going to make his contract a talking point this year and he asked us not to,” president Bill Manning said in interview this week.

Bradley reiterated that in the final weeks of the season, he added.

“Out of respect to him, we’ve toed that line. So we’re not even going to go there … . So much respect is due to him that I think it would be egregious of us to comment on it,” Manning added.

Vanney, however, seemed to stick his toe over the line on Wednesday.

For his part, Bradley sounded almost wistful this week when asked about his time in Toronto.

“It’s been incredible. It’s been everything I hoped for,” he said with a smile. “When I came here I talked about the idea that I was so excited and so motivated for the opportunity, for the challenge of trying to help take a club that had so much potential in an incredible city, an incredible sports city, and make it different, make it special, unique – a team, a club that people can be proud of.

“Over the last five or six years, we’ve had some incredible days, some unbelievable highs – a few lows sprinkled in there. But what would life be if there weren’t a few lows tossed in as well? The biggest pride for me is what the team has been about on the biggest days – you see a team that steps on the field and isn’t fazed by a thing. Fearless. Plays. Competes. Doesn’t matter who’s on the field, who’s not on the field on a given day. When those lights come on, we’ve been ready to go for it and we’ve shared some incredible days with our fans. A lot of them at BMO [Field].”

Bradley, who has made Toronto his family’s year-round home, then listed off the sites of eight memorable TFC games from Mexico City’s Azteca Stadium to Montreal’s Olympic Stadium.

“There’s been some special moments. And to have been a part of all that, that’s why I came.”

Bradley’s value is not measured in goals or assists (he has 12 career goals and 26 assists in regular-season and playoff action with TFC). His value comes in reading the play and restoring order, be it breaking down an attack or starting one.

While not blessed with blistering speed, he can accelerate quickly over short distances to get to the ball. In recent years, the risk/reward ratio of his play has tilted somewhat but still remains in his favour. And he can also deliver a pass with great accuracy.

Physically, Bradley is extremely durable. And mentally, he sets the tone.

He’s the first out on the pitch before every game, to inspect that night’s office. During warm-ups, he is soccer’s equivalent to Tony Robbins, clapping his hands and talking to his teammates.

Cross him and you know it. More than a few reporters, including this one, have been taken to the Bradley woodshed.

His work ethic is unparalleled. Of his 177 regular-season and playoff appearances for TFC, 176 have been starts.

“He works tirelessly every single day. Never a day off, we have to wrestle him down to get him to rest at all,” Vanney said. “He works hard, he’s detail-oriented, he cares about every aspect of the club in trying to keep things at as high a level as possible.

Sunday’s championship game completes a circle for Bradley, who made his TFC debut in Seattle on March 15, 2014, in a 2-1 win over the Sounders. 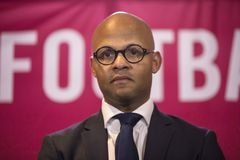 Jozy Altidore needs ‘a little bit of a miracle’ to be ready to play in MLS Cup final
November 4, 2019 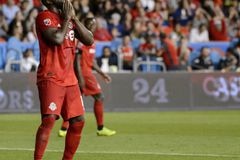