Toronto FC has started work on reshaping its roster in the wake of a dismal MLS season.

The former champions, who went from first to 19th in the standings, declined options on goalkeeper Clint Irwin and forward Tosaint Ricketts. Defender Jason Hernandez and forward Jordan Hamilton will both be out of contract at the end of the year.

Toronto could still bring all four back — as it could with Brazilian wingback Auro and Argentine forward Lucas Janson, whose loan deals expire Dec. 31.

GM Tim Bezbatchenko, who was in transit Tuesday, seemed to send a mixed signal in the statement outlining the player moves.

“We will continue to have discussions with the players on loan and whose options were not exercised and those out of contract,” Bezbatchenko said. “We want to also acknowledge Clint, Tosaint and Jason for their contributions to the club both on and off the field. They have played an instrumental part in building our club into one that competes for championships.”

Still talking, but thanks for being here.

Iriwn and Ricketts will both be eligible for the MLS re-entry draft. The 22-year-old Hamilton is not — players have to be at least 23 to take part — but can sign anywhere outside MLS once his contract expires.

If Hamilton were to sign with another MLS team, Toronto would get some form of compensation.

Fourteen others were already under contract for 2019. With 22 players on its roster, Toronto is likely looking for a half-dozen more.

In the aftermath of missing out on the playoffs, TFC executives called the MLS season unacceptable but rejected talk of a clearout.

The future of TFC’s designated players — Jozy Altidore, Michael Bradley and Sebastian Giovinco — remains up in the air with 2019 the last year on their contracts. The three made more than US$18.5 million between them this season.

The 29-year-old Irwin, a former starter, has played just 13 league games over the last two seasons with Alex Bono taking over as the club’s No. 1.

The 31-year-old Ricketts, a Canadian international with 59 caps, had a slow start to the season due to a thryoid abnormality. He played in 18 league games but started just four and had three goals in his 601 minutes.

Toronto has also agreed to terminate the contract of midfielder Ager Aketxe “by mutual consent.” The Spaniard, a big-ticket addition for the season at $1.295 million, was returned to Spanish club Cadiz CF in mid-July after failing to make his mark. The 24-year-old had one assist in 14 combined appearances in MLS and CONCACAF Champions League action.

The 35-year-old Hernandez, a popular veteran who played for a bargain-basement $67,500 this season, returned to the roster in April to add depth. He has said he wouldn’t mind another season but his age may be an issue.

He made $100,000 this year, a salary that does not count against the cap because of his homegrown status. While that helps the books, the team may decide it’s time to fish or cut bait with him.

There is much work to do.

After winning the MLS Cup, Supporters’ Shield and Canadian Championship in 2017, Toronto’s fall from grace in league play was shocking. Toronto (10-18-6) finished ninth in the Eastern Conference, 14 points out of the playoffs.

On the plus side, TFC won the Canadian Championship and took Chivas Guadalajara to a penalty shootout in the CONCACAF Champions League final.

But injuries and poor play took a toll in a league season that saw it post back-to-back wins just once.

TFC’s league-high payroll of $26.6 million proved to be a poor return on investment. In comparison, Montreal’s total payroll was slightly more than $12.5-million while Vancouver’s was $8.1-million.

The poor showing has not deterred TFC from raising the price of 2019 season tickets by about 10 per cent, depending on seat location. 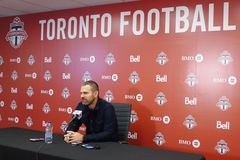 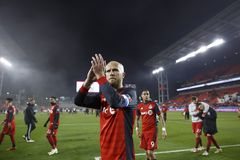 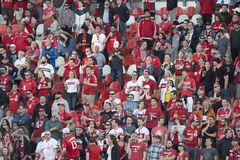