Goalkeeper Quentin Westberg said goodbye to his family three times as Toronto FC tried to sort out COVID-19 testing ahead of flying to Florida on Monday for the MLS is Back tournament.

On Tuesday, he spent the day in lockdown in his Orlando-area hotel, retrieving boxed meals from outside his door as he and his Toronto teammates awaited their test results to see if they could train in the evening.

The 34-year-old French-born ‘keeper knows others in the world have it far worse. He’s not complaining about his lot.

“It’s different but like this past month has been, it’s basically adapting once more to a global situation,” he said from his hotel room. “It’s not just us. It’s for everyone.”

Seeing Toronto Pearson International Airport so empty gave him chills. Physical distancing on a plane was also a little strange. Wearing masks is now part of the routine.

“It’s the new normal as of now,” he said. “It’s just follow the rules and comply.”

Arriving in Orlando meant jumping on one of two team buses to go to the MLS testing area for yet another invasive nasal swab. Once that was done, they got their hotel keys and were driven to the Swan and Dolphin Hotel, where all the teams are housed.

“Basically we’ve been in our room ever since,” Westberg said.

The league hotel “is just another hotel,” he said. “A Disney hotel. I haven’t seen much really. We got here it was all dark and we basically went from the testing zone back to the bus to our part of the hotel and then basically took the elevator to our floor and that’s it.”

As Toronto and Vancouver were en route Monday, FC Dallas was forced to withdraw from the World Cup-style tournament after 10 players and a coach tested positive.

“I think we cannot underestimate the mental part in all of that ... I’m really sorry for them and I hope all goes well for them. I think soccer is very secondary compared to health and I really hope it’s going to work out and they’re going to be able to go back to their families soon.”

Five Nashville SC players have tested positive with four more producing inconclusive test results. Their first game has been postponed with the league awaiting more tests to see if the expansion club will continue at the tournament.

Toronto’s stop-start departure to Florida also took a toll. The team was originally slated to leave Friday and then Saturday after a member of the travelling party experienced symptoms, which required an additional round of testing for everyone.

For one, he was leaving the relative safety of Canada “who has done such a great job fighting the virus or dealing with the virus in any case and seeing the results right now in Toronto. And feeling like it’s getting much safer but everyone still being cautious.

“It’s the result of good behaviour of Torontonians and Canadians over all. You feel kind of proud of that,” he added.

Westberg also had to leave his Portuguese-born wife and four children – sons 7 and 9, a daughter who just turned 4 and baby girl born less than a month ago.

“This mental part is hard,” he said. “The club has done a great job to help us have relatives come help out my wife. So I’m really grateful for that. But as much as family helps, it’s not as good as a father.”

“That’s just the hard part when you have kids. And a little anxious family to see you leaving for Florida in a way,” he said. “But in the same way we got to spend more time with them. And I thought the club handled everything in terms of communicating with us really well.”

Decisions were made in a smart way, he said.

Westberg’s mother is helping look after the family. His wife’s parents will be coming when she leaves.

He is also grateful that friends and family back home in France are doing okay.

“Yes, knock on wood. A few bumps along the way in some cases but over all [I’m] really grateful for the outcome. It could have been a lot worse.”

Going to the tournament wasn’t an easy decision, he said. He credits his wife and the club for helping make the best of it.

“It doesn’t feel like it’s the best situation as of right now but like everything you need to adapt and I’m sure people are going through much harder situations throughout the world because of this virus. I’m not making it about myself.

“For sure it hasn’t been a very, very pleasant last couple of weeks. But we have started this wisely and we know it’s not permanent.” 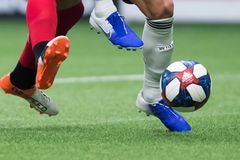 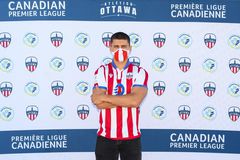