Toronto FC and the visiting Montreal Impact will both be able to draw on reinforcements Tuesday when they meet for the second time in four days.

Toronto coach Greg Vanney says star striker Jozy Altidore and Ayo Akinola, a 20-year-old forward who turned heads with five goals in two games at the MLS is Back Tournament, will both be available.

Altidore sat out Friday’s 1-0 win in Montreal for personal reasons while Akinola has been nursing a hamstring injury since the MLS tournament in Florida.

Montreal gets a pair of influential midfielders back in Algerian international Saphir Taider and Canadian Samuel Piette, who both missed the most recent game to be in the delivery room.

Patrick Mullins, who started for Altidore in Montreal, had to leave in the 19th minute with a hamstring strain and will be out for up to two weeks. Fullback Richie Laryea is day-to-day with an ankle sprain.

“Everybody who’s healthy is all-in and ready to go for [Tuesday],” Vanney said.

Toronto, which sits atop the MLS standings at 5-0-3, looks to extend its regular-season unbeaten streak to a league record-tying 19th straight game Tuesday. The record is held by Columbus (2004-05) and FC Dallas (2010).

Toronto has not lost a regular-season match since Aug. 3 when it was beaten 2-0 at the New York Red Bulls. It is 9-0-9 during that run. Including the 2019 playoffs, TFC is 12-1-9 since that defeat, with the lone blemish the 3-1 loss to Seattle in the MLS Cup final in November.

Toronto’s 3-1 defeat at the hands of New York City FC in the round of 16 at the MLS is Back Tournament did not count in the regular-season standings.

TFC downed Montreal last time out on a 50th-minute penalty by Alejandro Pozuelo in a game that saw just three shots on target (two by Toronto and one by Montreal). Toronto had 60.6 per cent of possession.

“It’s not easy to open them up,” Montreal coach Thierry Henry said. “But we need to find a way. This is the team that everyone is trying to beat in the East because more often than not they go to the final.”

“They know what they do,” he added. “They have players that can make a difference at any moment.”

Montreal, seventh in the East at 3-3-1, also lost 4-3 to Toronto at the MLS is Back Tournament.

Henry hopes to change that trend.

“I had runs in my time where I could never lose against a team and sometimes I could never beat one,” he said. “It’s kind of weird.

“Once you enter this type of zone, it becomes really difficult so we need to make sure that we can stop that.”

Friday’s game marked the league’s return to action after a Wednesday evening that saw five of six games called off as MLS players joined other athletes in making a collective statement against racial injustice.

Both Vanney and Henry say their players are focused on the task at hand.

“I think everybody now is of the mindset that we keep playing and we keep going,” Vanney said. “I don’t think anybody is thinking twice about that. I think that’s all kind of behind us.

“What is now, is how do players, coaches, club, everybody keep the cause in the forefront and how do we actually actively work to make change and to do meaningful work on that side of things. So, I think those dialogues and those conversations are still going on but the games will keep going on.”

Henry said while the rejigged schedule – with its restrictive travel and other protocols – may not be perfect, it provides games to play.

“Yes a lot is happening in the world. We all know about it,” he said. “But at the end of the day, we have a game. We can only concentrate on what we have in front of us.

“It’s been a weird season for everybody. Not only football. In life, in general, for everyone, it’s been weird – if I can put it that way. And so we all have to adapt to the situation. … Right now it’s not ideal but at least we have a game.

“Since we’re talking about what’s happening in the world, you have people that are suffering, people who have lost family members, lost friends and we’re here talking about playing football. So the least we can do is to try to perform. … At least try to go out there and focus [on] what we have in front of us.” 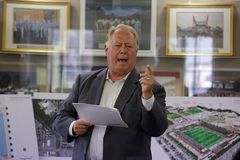 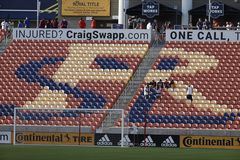