Toronto FC coach Greg Vanney surveyed his troops on Tuesday and liked what he saw.

The opening of the MLS secondary transfer window saw the unveiling of 22-year-old Venezuelan winger Erickson Gallardo and the arrival of U.S. international centre back Omar Gonzalez.

Brazilian fullback Auro (hamstring), defenders Drew Moor (hamstring) and Laurent Ciman (knee strain), and attacking midfielder Alejandro Pozuelo (ankle) are working their way back from injury. Auro and Pozuelo are expected to be available for Saturday’s visit to Montreal, while Ciman and Moor are getting closer to returning.

For Vanney, the expanded roster means more competition for playing time — especially with Tsubasa Endoh and Jacob Shaffelburg having impressed on the wing while others were away or injured.

The coach said he saw an immediate difference in training on Tuesday.

“I was really pleased with the overall intensity level. ... Today was a great sign of that," Vanney said.

It’s just what the doctor ordered for a team that has taken a disappointing seven points out of a possible 33 in its past 11 games (1-6-4).

Gallardo is the winger Vanney has been waiting months for. The speedster, who can play on both flanks, comes as advertised, according to the coach.

“Dynamic, quick, aggressive in the attack, trying to get behind [defenders],” Vanney said.

Ali Curtis, Toronto’s general manager, said Gallardo came on its radar in January, but the club had its eye on another target. It eventually switched its attention to the 150-pound Venezuelan.

“I guess we kind of had a moment of clarity where we felt Gallardo was the guy, and he would be right for the club now and moving forward,” Curtis said.

Toronto’s clash with rival Montreal (9-9-3) on Saturday kicks off a crucial run with 10 of the next 11 games against Eastern Conference opposition.

“I know it’s been a tough start to the season, but this is when it really matters, this second half of the season,” said Gonzalez, an elite defender. “Hopefully, I can come in and play a role in getting us into the playoffs and then from there, anything can happen. I think some good things are going to come.”

Both Erickson and Gonzalez were signed using targeted allocation money (TAM), which can bring down a player’s salary cap hit to as low as US$150,000.

TAM may be used to sign new or re-sign existing players, whose salary and acquisition costs are more than the maximum salary budget charge (US$530,000), but less than US$1.5-million.

Curtis said the team could make another TAM signing in the window and is also looking within the league for roster help.

Gallardo comes from Venezuela’s Zamora FC, where he made 116 appearances in all competitions and won three league titles since his debut in 2014. Gallardo had 10 goals and 19 assists in 91 appearances over the past three seasons.

Gallardo has one cap for Venezuela, making his national debut last month in a 1-1 friendly against Ecuador. He is the first Venezuelan to play for Toronto.

The 5-foot-8 winger said coming to Toronto was a dream move.

“I’m just really happy because I came to a team that is always looking for trophies and winning,” Gallardo said through an interpreter.

TFC lost much of its attack in the preseason when Sebastian Giovinco and Victor Vazquez opted to join Middle East clubs on lucrative deals.

While Gallardo is being counted on to help create scoring chances, Vanney acknowledged that the strikers behind Altidore will have to “step up and show that they are capable of carrying a load and putting things in the back of the net.

“We’ve got to get them service. That’s where these wide guys can come into play,” Vanney added. “But I think we need to either find that within or we need to find that without ... who else aside from Jozy in that position can score goals.”

That’s a direct challenge to Terrence Boyd (scoreless in 11 games this season), Ayo Akinola (one goal in eight games) and Jordan Hamilton (four goals in 14 games).

Altidore (five goals in nine games) and Pozuelo (seven goals in 16 games) have carried most of the goal-scoring load, with Nick DeLeon chipping in with four in 19 games.

Gonzalez, who spent seven seasons with the Galaxy before playing in Mexico for Pachuca and Atlas, is expected to stiffen a defence that has wobbled this season. Toronto ranks 20th in the league in defence, conceding 1.74 goals a game.

And at 6 foot 5, he will be a force to be reckoned with in the air.

Gonzalez, who has won 52 caps for the United States, has a distinguished MLS resume.

Gonzalez will earn No. 44 while Gallardo dons No. 9.

Gonzalez wore No. 4 for most of his career, but that belongs to Bradley. No. 9 was last used by Dutch defender Gregory van der Wiel.

Curtis declined comment when asked about any progress in contract talks with Bradley, who is in the final season of a designated player contract worth US$6.5-million this year.

The GM also shot down a report of a big-money transfer bid for Altidore from China’s Jiangsu Suning FC, calling it false. 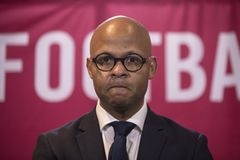 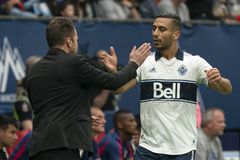 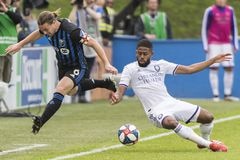