Less than six months after leading Tottenham to the Champions League final, Mauricio Pochettino was fired by the English club after its poor start to the Premier League season.

Tottenham chairman Daniel Levy said the board was “extremely reluctant” to take the decision but was doing so “in the club’s best interests.”

Pochettino leaves after 5½ years in the job, during which he transformed the London club into a title contender in the Premier League and the Champions League but never managed to win a trophy.

Tottenham is currently 14th in the league, having only won three of 12 games this campaign. The team has won just six games in the Premier League since February.

During that period, Pochettino guided the Spurs into the Champions League final for the first time, where they lost to Liverpool.

“It is not a decision the board has taken lightly, nor in haste,” Levy said. “Regrettably domestic results at the end of last season and beginning of this season have been extremely disappointing.

“It falls to the board to make the difficult decisions – this one made more so given the many memorable moments we have had with Mauricio and his coaching staff – but we do so in the club’s best interests.

Former Tottenham and England striker Gary Lineker said Pochettino had “helped the club to punch massively above their weight for years.”

Pochettino, a former Argentina defender, took over a Tottenham team that was outside the established elite in 2014 and created one of the most dynamic and exciting young teams in recent Premier League history, despite being unable to spend lots of money in the transfer market as the club prepared to move into a new stadium.

After a fifth-place finish in his first season, Tottenham came third, second, third and fourth in his next four full seasons in charge. The intensity and energy of the team’s pressing made the Spurs stand out under Pochettino, who became one of the most sought-after managers in the world.

The highlight of his tenure will be Tottenham’s run to the Champions League final, where the team scraped through the group stage, before beating Borussia Dortmund, Manchester City and Ajax to get to the final. The wins over Ajax and City were sealed in breathless games full of late drama, seen as a sign of the unity Pochettino had forged in the side.

However, Pochettino suggested before the Champions League final that he would be ready to leave the club if Tottenham won in Madrid, and he has had a disgruntled air ever since. His squad has become fractured, too, with key players such as Christian Eriksen and Jan Vertonghen reportedly keen to leave and there was a sense the team was stale and in need of a shake-up.

In the space of four days at the start of October, Tottenham lost 7-2 at home to Bayern Munich in the Champions League and then 3-0 at Brighton, piling the pressure on Pochettino. The previous week, the team was eliminated from the English League Cup by fourth-tier Colchester.

Pochettino’s successor will have a tough act to follow, inheriting a squad potentially requiring a revamp and lacking in areas such as full back and central midfield.

There are a number of big-name managers available, such as Carlo Ancelotti, Jose Mourinho and Massimiliano Allegri. 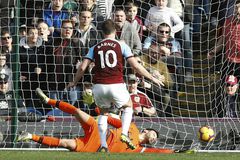