One of the biggest teams in the English Premier League has given in to fan pressure and decided not to use a government fund to cover the wages of hundreds of laid-off employees.

Tottenham Hotspur said Monday that it will no longer apply for the Coronavirus Job Retention Scheme (CJRS), a government program that covers up to 80 per cent of the salary of workers who lose their jobs because of the COVID-19 outbreak. The London-based club had planned to put nearly half of its 550 non-playing staff on to the CJRS, prompting a flurry of criticism from fans and politicians. Many noted that Tottenham earned a profit of £68.5-million ($119.4-million) last year and that it’s owned by a pair of billionaires.

On Monday, the club said that "in view of supporter sentiment regarding the scheme, it is now not our intention to make use of the current CJRS.” Instead the club said all non-playing staff will receive 100 per cent of their pay in April and May. The statement added: “With no clarity on when football might resume and under what conditions, we shall continue to keep this under on-going review.”

Co-owner and chairman Daniel Levy said he regretted the decision to use the government program. “It was never our intent, as custodians, to do anything other than put measures in place to protect jobs whilst the club sought to continue to operate in a self-sufficient manner during uncertain times,” he said in a statement. “We regret any concern caused during an anxious time and hope the work our supporters will see us doing in the coming weeks, as our stadium takes on a whole new purpose, will make them proud of their club.”

The Tottenham Hotspur Supporters’ Trust welcomed Monday’s announcement. “It takes maturity and humility to reverse such a contentious and public decision,” the trust said. “This is the first step, but a big step, in restoring relations between fans and the club.”

Tottenham is the second EPL club to back down from using taxpayers’ money to cover the wages of laid-off staff. Last week, Liverpool also reversed course after facing similar outrage from its fans and local politicians. Several clubs, including Manchester City and Manchester United, have said they won’t use the program. However, Newcastle United, Norwich City and Bournemouth have stood by their decisions to tap into the CJRS and several clubs are still deciding.

The EPL has also been in an ongoing tussle with players over demands that they take a 30-per-cent pay cut. The players have refused a league-wide pay cut and instead set up a fund for donations to the National Health Service. Some clubs have been negotiating their own arrangements with players. Last week, Southampton and London’s West Ham United announced that their players and managers had agreed to defer some of their pay for three months. West Ham players have agree to defer around 30 per cent of their wages while Southamptons’ agreed to a 10-per-cent deferral. Other teams are negotiating similar concessions.

A few clubs, including Brighton and Hove Albion, have indicated that they may still need the government furlough program. Brighton’s chief executive, Paul Barber, said last week that not all EPL clubs have the resources to endure a prolonged shutdown. “We are not one of football’s global brands and therefore our ability to sell, even outside south-east England, is quite limited, let alone the U.K., Europe and the rest of the world,” he said in a statement. “I do think at the end of this crisis what we’ll see is a greater understanding of the significant gap that exists, albeit within the same division, between clubs.” 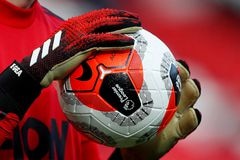 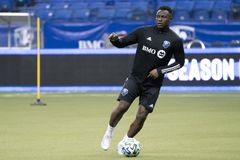