Asked to describe his first year as coach of the Vancouver Whitecaps, Marc Dos Santos paused.

“Challenging,” he said after several seconds.

The description may be an understatement.

The Whitecaps finished the regular season with a 1-0 loss to Real Salt Lake on Sunday, sealing their spot at the bottom of Major League Soccer’s Western Conference. The club’s 8-16-10 record was the second worst in the league, just behind expansion FC Cincinnati.

Various issues off the field – including abuse allegations involving a previous Whitecaps women’s team and a front-office shakeup – compounded the pitiful results and fans loudly expressed their displeasure.

It certainly wasn’t the season Dos Santos wanted in his first year as an MLS bench boss.

“I’m not delusional. I don’t want to have a second year like that,” he said in a recent interview. “But I don’t need the fans to tell me that. ... I don’t need anyone to be cheerleading me. I know how much I want to succeed next year.”

The 42-year-old from Montreal inherited a difficult situation when he was hired last November.

Just a week earlier, several players and the team’s then-president told reporters that a “divided” locker room had caused on-field problems in a season that saw the Whitecaps miss the playoffs. The issue grew when the organization fired coach Carl Robinson and his staff in late September, the group said.

“I felt when I arrived I was already arriving in a difficult moment,” said Dos Santos, who came to Vancouver having spent 12 years coaching professional soccer. His most recent post had been as an assistant for Los Angeles FC.

Challenges persisted through the off-season, as the club parted ways with 20 players and brought in a raft of newcomers from around the world, including the first Iraqi (left back Ali Adnan) and the first Tunisian (centre back Jasser Khmiri) to play in MLS.

Dos Santos said the roster overhaul was already in motion when he took up his post, but conceded that the drastic changes took a toll.

The Whitecaps started the season winless in their first six games.

Off the field, a group who once played for the Whitecaps’ women’s team came forward with allegations of abuse and harassment by a former coach nearly a decade earlier.

The club took several weeks to respond and, in the meantime, fans showed their support for the women by staging mass walkouts at home games.

“It was heavy. When you coach the team, you can’t separate the team from the club,” Dos Santos said. “It affected me to be coaching on the bench against [the Portland Timbers] and at a certain minute ... you see the fans of Portland and our fans leaving. And that’s uncomfortable. You don’t want to be in a position like that.”

Whitecaps co-owner Jeff Mallett eventually issued an apology on behalf of the club, and said an independent investigation would be done into how the allegations were handled when they were first raised in 2008. The results of that investigation have yet to be released.

In mid-April, Dos Santos’s team started to finally come together, snatching a 1-0 home win over the coach’s former club, L.A. FC. A promising stretch from May through the end of June saw the Whitecaps go unbeaten in six games.

But after an international break, all of the hard work seemed to fall apart. The Whitecaps lost five games in a row, including a 6-1 setback to L.A.

Throughout the year, the squad struggled to find an offensive spark, tallying just 37 goals. During the summer slump, the stalwart back end that kept the team competitive earlier on seemed to crack and falter, and the Whitecaps were outscored 17-2 across the stretch.

Despite the results, Dos Santos said he was never concerned about his job.

Still, July was disappointing for the rookie coach.

The Whitecaps were also ousted from the Canadian Championship, where they dropped a 2-1 decision to the Canadian Premier League’s Cavalry FC at home.

Behind the scenes, Dos Santos looked to inject fresh talent into his group during July’s international transfer window, including some “home runs”, such as South Korean striker Hwang Ui-jo, who went on to sign with Bordeaux in France.

A lack of dedicated recruiting staff hampered efforts to bring in new players, the coach said.

“You’re seeing all the other clubs every day getting help and their help affects the team right away. And you’re on the outside saying ‘[expletive],’ ” he said.

In August, the Whitecaps announced that the club was eliminating the role of president – held by Bob Lenarduzzi for more than a decade – and launching a global search for a sporting director who would be in charge of the club’s technical side.

The post had yet to be filled by season’s end, but Dos Santos is confident the new role would be crucial to the team’s future.

Still, he’s learned that there’s no magic wand that will bring on-field results and he’s not about to make promises about what his second year will look like.

“For a club to be successful you need all the parts to get together. And that’s what I think this year has brought to the Whitecaps,” Dos Santos said.

Dos Santos expects to spend much of his off-season on recruiting trips. He even cancelled a planned South African safari with his wife and kids because he believes he can’t be that far away from his club for an extended period.

He expects the same dedication from his players. Instead of releasing the team after their final game on Sunday, Dos Santos is requiring all of the players who are still under contract to continue training through much of October.

The best players in the world don’t get three or four months off, he noted.

“We know training without games is not ideal, it’s sometimes heavy,” Dos Santos said after the game on Sunday. “But at the end of the day, we want the players to keep training until more or less the MLS Cup weekend. That’s where we have to strive to be one day.”

The club’s front office is busy, too, he said, looking across the league and around the world for players who might fit well with what Dos Santos is trying to build.

The organization wants to have their “biggest pieces” signed by Christmas and have about 90 per cent of the team ready to go when pre-season begins in January because waiting for players to come in this season hurt the team, he said.

“We can’t do the same mistakes every year,” Dos Santos said. 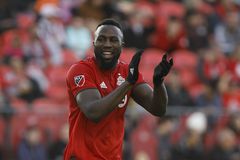 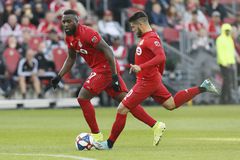 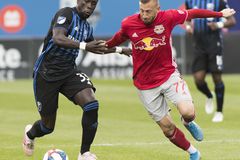