Russia looks set to pack fans into the stadiums for soccer’s World Cup. But what happens then?

Several of the 12 venues look set to linger largely empty after the international teams have left Russia and the tournament is over.

It’s a problem both for Russia – whose US$10.8-billion World Cup price tag could be inflated by money-losing facilities – and for FIFA, which has a history of leaving host countries burdened with underused stadiums, so-called white elephants.

Club team Rotor Volgograd will occupy a new 45,000-seat World Cup stadium despite averaging home crowds of just 3,800 this season, while Baltika Kaliningrad will inherit a 35,000-seat facility with average crowds of 6,100. Sochi has a 48,000-seat stadium but no professional team.

Older fans in Volgograd remember Rotor knocking Manchester United out of the UEFA Cup in 1995, but the club last played top-flight football in 2004 and has longstanding financial problems. It’s facing relegation to the Second Division South – Russia’s lowest professional level.

Fans say that if Rotor is to rise again it’ll need government money to maintain the stadium and sign star players.

“When we played against Manchester and Nantes, I was at those games and it’s something you can’t express, those golden times,” long-time supporter Nikolai Seleznyov said.

Rotor could pack a stadium again “if there’s success for the team,” he added. “It all depends on the authorities here in Volgograd, and whether they help. If they don’t, it can’t work.”

Volgograd Mayor Andrei Kosolapov is hunting for a sponsor for Rotor. In Russian soccer, that often means the regional government, or else a state-owned company prepared to tolerate heavy losses. Russian billionaires typically prefer to invest in glamorous foreign clubs such as Chelsea, Arsenal or Monaco. “I hope that we’ll resolve some issues with investors in the near future,” Kosolapov said last week.

Russians are keen to see World Cup games and lead the world on ticket sales. But few go to see local clubs play.

In a country of 144 million people, the average Russian Premier League attendance this season rose to 13,971, the highest in two decades but still far below Europe’s top leagues. The second tier averaged just 2,552.

World Cup organizers hope new stadiums will attract fans turned off by old, crumbling facilities. “Test games” at the new stadiums had large crowds, though spectators were often let in for free.

“It could be at first, and there is nothing wrong with that, that the federal budget will help stabilize the operating situation of the stadium,” he said. “I think when the situation rolls on, they will be well on their feet.”

Various World Cup stadiums will cost between 200 million and 400 million rubles (US$3.2-million to US$6.4-million) a year each in maintenance, regional officials have estimated.

The new-stadium buzz may not last forever.

Rubin Kazan saw attendances soar when it moved in 2014 into the 45,000-seat Kazan Arena, which will be World Cup stadium. However, crowds have since withered. This season the stadium was on average more than three-quarters empty.

That mirrors the situation in Poland, host of the 2012 European Championship, where middle-class fans initially flocked to new stadiums but were turned off by low-quality club games, argues Simon Chadwick, a professor of sports enterprise at England’s Salford University.

“In Poland, what seems to have happened is it’s tailed off,” said Chadwick, who has taught in Russia. “There’s this misalignment between the hopes of domestic football authorities and the realities of what it means to be a football fan in somewhere like Poland and Russia. That can include anything from the weather … right through to the quality of the football. In Russia, one or two teams aside, the quality of the football is not great.”

South Africa and Brazil are still struggling to manage World Cup stadiums from 2010 and 2014.

Four cities in Brazil have underused stadiums such as the US$550-million Mare Garrincha in Brasilia, which recently drew only 400 spectators to a match. The Rio de Janeiro state government, administrators and local clubs are fighting over who should pay maintenance bills for the Maracana, which hosted the World Cup final in 2014. South Africa spent US$1.1-billion on its 2010 World Cup venues, some of which are reportedly losing money.

Faced with more white-elephant venues from Qatar’s 2022 tournament, FIFA has praised the 2026 bid from the United States, Canada and Mexico for using existing, mostly well-attended venues.

Some Russian cities are trying to adapt.

Stadiums in Saransk and Yekaterinburg have large temporary stands that will be removed after the tournament, reducing capacity and costs. The regional minister overseeing Saransk’s preparations, Alexei Merkushkin, said Wednesday he hoped a gym and other commercial ventures would set up at the Mordovia Arena so it breaks even in “two, maximum three years.” No tenants have signed up yet.

The stadium’s post-World Cup capacity of 28,000 is large for a city of 300,000. It’s also 11 times the average crowd in the Russian second tier, where Mordovia will play next season.

Almost all locals welcome Saransk’s new roads built for the tournament but some see the stadium as a burden.

Merkushkin is “the minister for wasting Moscow’s money,” said Pavel, a Saransk resident who didn’t give his surname because he didn’t want to be identified criticizing the government.

After the World Cup, “who’s going to watch all these backyard-level games?” 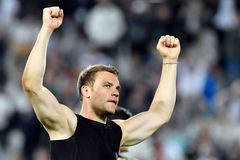 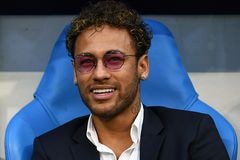