Former Toronto FC midfielder Issey Nakajima-Farran will be cheering for his new club from the sidelines.

Acquired by the Impact in a trade two weeks ago, Nakajima-Farran cannot face his ex-teammates when Montreal welcomes Toronto to Saputo Stadium on Wednesday for the second leg of the Amway Canadian Championship final.

Montreal and Toronto played to a 1-1 draw in the first leg on May 28, with the Impact scoring a crucial away goal. The aggregate score over the two legs will determine which team will hoist the Voyageurs Cup and represent Canada in the next CONCACAF Champions League.

Nakajima-Farran was also unable to play in the first leg at BMO Field because he is cup-tied — meaning he is ineligible to compete against a club he already played for in the tournament. In a weird twist, it was the midfielder's spot kick that sent Toronto through to the final in a shootout victory over the Vancouver Whitecaps.

"That's just how the cards have been dealt for me. I can't do anything about it — it's out of my power," he said after Montreal's victory over the New England Revolution in Major League Soccer action on Saturday. "I'll cheer my new teammates on, and prove a point that we're a better team.

"I'll do whatever I can do to give them the advantage. I wish the guys well. It's a big game for us. I hope they beat Toronto, I really do."

Though the teams are tied, the Impact have an advantage heading into the second leg. Because of Montreal's away goal — Justin Mapp's equalizer in the 73rd minute of last week's first leg — a scoreless draw on Wednesday would be enough to send the Impact through.

Montreal is looking to defend its Canadian title after winning the competition last summer for the second time in the tournament's six-year history. The Impact also won the inaugural event in 2008.

Between the Impact's two victories, Toronto lifted the Voyageurs Cup four consecutive years from 2009 to 2012.

Toronto has had Montreal's number since the tournament launched, going 7-1-2 all-time against the Impact in the Canadian Championship. But despite the lopsided record, there have been a fair share of shocks, upsets and comebacks in the competition's short history.

In 2008, Montreal scored an away goal in the tournament's final game to secure the title on Toronto's home soil.

In 2009, needing to score at least five goals for a chance at the Cup, Toronto FC thrashed Montreal 6-1 at Saputo Stadium to propel them to victory.

Last year, after Toronto took a 2-0 first-leg lead, the Impact stormed back, eliminating their rivals on the back of a 6-0 thumping.

On Wednesday, Toronto's Dwayne De Rosario, who has four goals all-time in the Canadian Championship, will be looking to add another chapter to the rivalry.

"It's huge. We want to win for the club, for the fans," he said from Toronto on Saturday. "It is going to be a tough match."

Having given up the away goal in the first leg, De Rosario's team will need to overcome both the scoreline and several thousand raucous Impact supporters.

"We have to go down there and bring our A-game, because it's going to be a tough environment to play in," De Rosario said. "We're playing against a team that has a little more confidence from their last game. But we've won there before. There's no reason why we can't win there again with the right mentality."

Toronto is on a nice stretch of late. Ryan Nelsen's men are unbeaten in their last four games, and are coming off a dramatic last-gasp victory against Columbus over the weekend. Toronto is fifth in the MLS Eastern Conference standings with 16 points from 10 games.

And while the Impact are at the bottom of the MLS table with just 10 points from 12 games, they've strung together a few solid performances. Montreal has only lost once in its last five games, and is coming off a decisive 2-0 victory over New England, the league's hottest team.

Striker Marco Di Vaio knows his squad is turning things around at just the right time.

"Wednesday will be a decisive test for the future," he said after Saturday's shutout win. "There's the possibility of winning a championship. We'll have to dig even deeper on the pitch. The preparations we've been making this week were in anticipation of this Wednesday."

"The work we've put in the last couple of weeks is starting to show right now," added Jack McInerney.

Wednesday's winner will advance to the group stage of the CONCACAF Champions League, the annual club competition featuring 24 teams from North America, Central America and the Caribbean.

Following last week's draw, seven of the eight groups have already been decided. Toronto or Montreal will join the New York Red Bulls and El Salvador's C.D. FAS in Group 3. The tournament gets underway in August.

Notes: The Impact reached the quarter-finals of the 2008-2009 Champions League, losing 5-4 on aggregate to Mexico's Santos Laguna. a Toronto FC were also beaten by Santos in the semifinals of the tournament's 2011-2012 edition. a On Monday, the Impact acquired Mamadou Danso from the Portland Timbers in exchange for a second-round pick in the 2015 SuperDraft. a After the cup final, Montreal returns to MLS action on June 11 when it welcomes D.C. United to Saputo Stadium. a Toronto will head back to BMO Field for an encounter with the San Jose Earthquakes on Saturday. 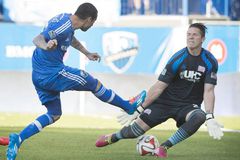 Doneil Henry heads in winner in Toronto FC’s 3-2 victory against Columbus
May 31, 2014 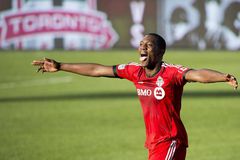 Whitecaps must become road warriors
May 29, 2014 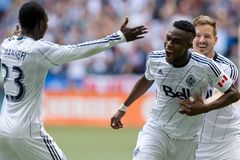 Toronto FC’s Nelsen fined by MLS for criticizing officials
May 29, 2014 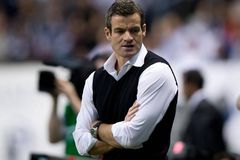