John Herdman used his news conference on Wednesday as an extended exercise in psychological warfare.

The Canadian coach – who was formerly the manager of Thursday's challenger, New Zealand – laid out the opposing game plan in excruciating detail. Who does what when in which sort of shape, and how to negate it. This sort of thing is not done.

No, I don't know what that means either, but it sounds impressive.

Canada is just getting to know Herdman. He wasn't quite as big a presence in his first major tournament, the London Olympics. He's been around for a bit now and become comfortable.

The team's biggest star, Christine Sinclair, hates being the centre of attention. As usual, everyone else follows the lead of the alpha. If you're looking to provoke and unsettle, these women are not suited to that task.

Herdman plainly loves it. He not only coaches this team. He's its emotional bellwether, hype man and head of psy-ops.

He's a warm, chatty fellow. He's also a little odd, in an endearing way. You get the sense that smoke is pouring from his mental gears 24 hours a day.

"I'm nervous about every game I play, to be honest. I try not to show it," Herdman said. "That's the sort of work we do in the Brain Room, just to make sure my brain's in the right space."

"Do you think they'd let us into the Brain Room?" someone said afterward.

Have you seen Altered States? I'm not so sure you want to go in there. Or how you'll come out.

Herdman's done two news conferences this week. He's worked himself near to tears each time. He did so again on Wednesday when asked to reflect on how "emotional" it was going to be going up against his former charges.

He looked up at the ceiling for a long while, swallowing hard. It was close.

Judging by the tone, that translated as "Not very emotional."

"As a team, we haven't really spoken about John at all," said Kiwi midfielder Annalie Longo.

This group knows all of Herdman's tricks, and doesn't want to play along. That doesn't mean they're not working.

We've now rolled through the first game day for all 24 sides here. Aside from the favourites, Germany – who absolutely shellacked Côte d'Ivoire 10-0 – we haven't learned much about the top teams.

The United States looked nervy in its 3-1 win over Australia. Japan and France were dull and workmanlike in their respective 1-0 victories. Nobody else stands out. Yet.

It's hard to gauge where the Canadians stand in this company. They will have to assume they belong, whether they do or not.

They haven't shown in it in their play – thus far, also dull and workmanlike. They need something else to prop them up. It's Herdman's tendency – and therefore, the team's – to lean hard on ornate-sounding prep work.

These people don't get loose before a game. They get tuned up, like a helicopter.

Canada isn't the best here. Not even close. The team will happily admit it. What Herdman has brought is a compelling belief that if you do enough stuff – whatever that stuff may be – you can overcome your performance shortcomings.

Nobody does more stuff than Canada.

Most coaches think in terms of 20th-century war metaphors. Herdman's motivational playbook is drawn from 19th-century German philosophy – he's embraced the will to power.

New Zealand said it had watched Canada's games. By contrast, Herdman said he had "trailed them around the world."

"We haven't missed a game in two years," Herdman crowed. "We even got into Spain and got footage, where they didn't think we had footage … That's the key in international football."

Is it really? Probably not. I doubt Herdman believes it himself.

Teams don't debut systems at major tournaments. While you're trying to confuse your opponent, you usually end up confusing yourself. Generally, you know precisely what you're going to get. Execution is what matters.

But Herdman's players believe he has access to secret material, that he is 007ing the hell out of the competition.

He'll get them hooked up to what he calls the "brain machine." He'll show them secret video shot in Spain. He will drill them with a specialized vocabulary. He'll design plans within plans.

All this razzmatazz doesn't make Canada any better. It does make the players believe they are. Which is, functionally, the same thing.

There can be a strong element of charlatanism to all this. As more money pours into sport, more people are coming up with cutting-edge training techniques. It doesn't mean the techniques are any better. It's just hard to sell something when your pitch line is, "You've seen this one before."

Its utility is determined by winning. If you win, it works. If you don't, it doesn't. QED.

There is talk that Herdman will eventually be put in charge of the entire Canadian soccer set-up – men's and women's, from the national teams all the way down through the grassroots. He'd be this country's soccer czar. You can see how that would appeal to him – getting to build his own world in his own image.

That gives this tournament an additional level of interest – it's a referendum on John Herdman's philosophy, as well as the man himself.

If his team wins here, he's proved right. Maybe that's why he's so keyed up, while freeing his players to bump along smoothly in his wake. 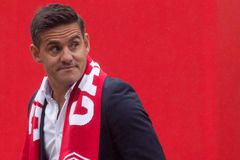 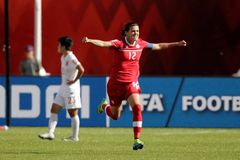 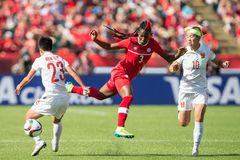