There's a good chance Didier Drogba will be on the field when the Montreal Impact face Toronto FC in this season's first instalment of the 401 Derby.

The star striker has been limited to two appearances as a second-half substitute in Montreal's first six matches this season, but the 38-year-old said Wednesday he is ready to start a game.

"It was good to play these minutes, but now I have to push like I'm doing in training sessions and make sure I will be ready to start and give another option to the manager."

The Impact, who played their first two home games indoors at Olympic Stadium, will be on the grass pitch at Saputo Stadium for the first time this season when TFC visits on Saturday afternoon. A full house is expected.

Montreal (4-2-0) feels good about leading the MLS Eastern Conference despite playing four of its first six on the road. But TFC has built an impressive 2-2-2 record entirely on the road. Their first eight matches will be away from home while BMO Field undergoes an upgrade.

"It's a good rivalry – I can see how fans are excited about that," said Drogba, who faced TFC twice last October, scoring both goals in a regular season-ending 2-1 win on Oct. 25 and adding another in a 3-0 playoff victory only four days later, both at Saputo Stadium.

The Chelsea legend had 11 goals in 11 regular-season games after joining the Impact last summer.

His aging knees' aversion to artificial turf, on which four of the Impact's first six games were played, limited the Ivoirien to 20 minutes in a 2-0 loss in Dallas and 40 minutes last Saturday in Chicago, where he scored the equalizer in a 2-1 victory.

Drogba is not at peak fitness, so his minutes will be carefully managed by coach Mauro Biello as the Impact enter a stretch of three games in eight days. They play at New York City next Wednesday and return to face Colorado on April 30.

"It felt good for him to rejoin the team, come on, score a goal and be part of that. I think that was what he was missing the most, being part of the group."

Biello is delighted to have Drogba back for more than his ability to score goals.

"It's about his presence," Biello said.

"The goals help and everything, but you have to look at everything else he brings to the club – the focus he transmits to everyone."

It is widely suspected to be Drogba's last season as a player, although he is not ready to make that announcement. The Impact feared he would leave in December when it was reported he might rejoin Chelsea, possibly as an assistant coach.

He is signed through the end of this season with Montreal and said he intends to fulfill his deal, even if the Impact sign another striker as a designated player to provide continuity after Drogba leaves.

"In fact, I will welcome him because we need more quality players to keep the level we're at now.

"I played in Chelsea and every season we had more big players, like [Andriy] Shevchenko and later [Fernando] Torres came and we played together. That's how a club improves. We need that." 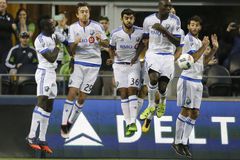 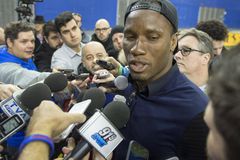 Impact relieved Drogba will be back after pondering return to Chelsea
January 25, 2016 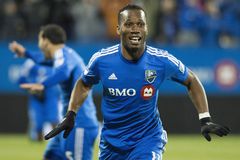