Canadian coach John Herdman talks big. It's his way. He's notorious for it now, to the point where there are people joking about it. He can take it.

So let's talk big back at him. And talk some home truths. Truths and consequences.

Canada needs to be sharper, slicker and far more menacing against the Netherlands on Monday night in Montreal. We're in Quebec, so call this a cris de coeur. A passionate outcry of appeal.

Sunday evening here at a pregame news conference, Herdman talked about the team "putting on a little bit of flair to get the fans off their seat." He said it with the air of a man who felt he was being generous, acknowledging the point that "flair" might be needed.

He also said, "We have to be right at our best to beat this Netherlands team, and take three points."

That's stating the obvious, but here's another less obvious one – the meaning and value of this Women's World Cup in Canada depends upon this game.

The future of women's soccer in this country depends on it.

Another lacklustre performance and interest diminishes, TV ratings slide and the sizzle just fizzles. It's bound to – this country is playing host to the tournament and pedestrian play isn't good enough to sustain the fickle interest of a justifiably skeptical public.

It's not just about Canada's need to win, top its group and be in a promising position, with less threatening opposition in the next round. Would that it were so.

The long-awaited, much promised transformative moment for women's soccer in Canada just hasn't happened. Slinking into the next round, all excuses and more promises, won't cut it. The Canadian team hasn't sold itself or the sport to the country with any validity.

There has been a lot of running. A lot of diligence and sometimes, desperation. Herdman can call it "flair," but there hasn't even been fluency and craft, the elements that sell soccer to the agnostic. Canada has not looked potent in attack or counter-attack. It doesn't score goals. This is more than puzzling. The time and date of this tournament were known in advance. Another insipid display and interest will peter out.

It's neither negative nor misanthropic to say this. Herdman and his players have laid it on with a trowel – the powerful meaning of the example set by Canada's women soccer players. They empower, they elevate. And with what, so far? Hapless performances of mundane, ordinary soccer in two games against second-rate opposition and results that amount to a demoralizing reality-check for all those young women and girls who bought into the promise. It's a helluva thing to cheat a child and Herdman and his players should be crystal clear about that.

Most of Canada that's interested, and several million are, have experienced this Women's World Cup on TV. The iconography of it all has been fascinating, from the videos and vignettes of the players and Herdman, to the commercials that peddle something on the back of the players' strength, confidence and skills. The images and messages present the team and players as winners. But they're not, yet. A 1-0 victory over China on an injury-time penalty that many consider unjust, is a dubious one.

The ultimate, emotionally manipulative TV vignette has been Herdman's "Do it for Christine" talk. Over tinkly piano music and rising strings, Herdman talks about using "a heartbreaking photo" of his star player from the disastrous 2011 World Cup, to rouse the others to, you know, win this World Cup for Christine.

Excuse the skepticism, but since Sinclair is known to all and sundry as "Sincy", the "Do it for Christine" thing is an unreliable narrative. She's Christine to strangers, not the team.

Many people will groan, some will scream, if they see that Coke commercial featuring Sincy one more time. Nice that a female player has a deal with multinational soda company. Nice that it features Sincy stepping into a video game and joining top male players. But its ubiquity is outrageous. People tire of it, just as they tire of "flair" talked about but not delivered.

This Women's World Cup isn't a video game or a TV-only event. It's real, not merely an arena for motivational talk.

Another World Cup, the one that's all knock-out, elimination matches, starts with the next round. It won't matter if Canada is in it, if the team doesn't play with the sharp, slick, menace of real winners. The team has it in itself to do it. This is real, and it's time for Canada to play up or shut up. A lot depends on it. 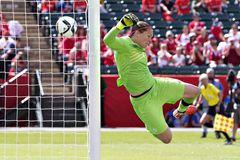 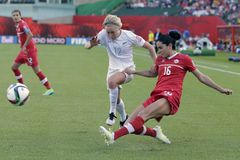 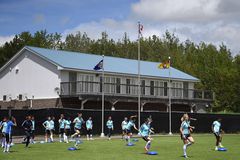 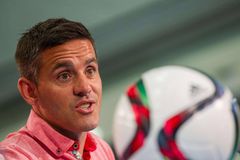 Avoiding a Deflategate at the Women’s World Cup
June 10, 2015 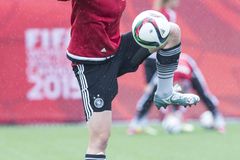