The first time David Beckham came to Toronto, representing the Los Angeles Galaxy in a game against Toronto FC, in 2007, he sat on the bench in a nice suit and watched a 0-0 draw. He chewed gum, walked gingerly along the edge of the artificial turf and waved to the sellout crowd at BMO Field. He was carrying an injury. No way was he risking his valuable feet on the outdoor stadium's fake grass.

The next day he went shopping and bought a vintage Iron Maiden T-shirt in Kensington Market. His shopping made the local news. "Spend It Like Beckham," roared the Toronto Star. In search of Beckham-mania, the Star also discovered precisely two fans waiting for an autograph outside the Galaxy team hotel. For that Toronto visit and fuss, Beckham had a bodyguard.

Stardom, shopping, merely showing up. All the knocks against Beckham are there in that summary of his first visit. Five years later, in a game that will really matter – the CONCACAF Champions League quarter-final against Toronto FC Wednesday evening – Beckham is back. It's timely to assess all the myths and the knocks against superstar Beckham.

One: The vast millions paid to entice Beckham to the Galaxy in 2007 got the desired result, increasing the profile of Major League Soccer and the sport in North America.

Debatable. The Beckham brand increased in value. Lots of Galaxy shirts were sold, just as Beckham shirts sold by the truckload for his previous clubs, Manchester United, Real Madrid and AC Milan. But MLS did not instantly acquire a much bigger fan base. Beckham's fame lent a sheen to the league. Beckham is fleet of foot and a shrewd businessman, but he is neither swift of mind nor an articulate salesman. He lets his looks and his soccer do the talking. His L.A. presence undoubtedly helped bring Thierry Henry to the New York Red Bulls and Robbie Keane to L.A., too, but that's an attendant benefit to Beckham's impact. Authentic MLS enthusiasm, such as the fanaticism of the extraordinary fans of the Portland Timbers, has nothing to do with Beckham.

Not true. It is to Beckham's great credit that he keeps playing, training, travelling and striving for success on the field. He could have walked away years ago, rich, famous and employed as a soccer ambassador forever. He didn't. A clue to Beckham's stout-hearted longevity was in his Real Madrid career. Pushed to the margins by then-manager Fabio Capello, Beckham forced his way back into the team with sheer hard work. Further, his enthusiasm for two loan spells at AC Milan were striking for a guy who could have relaxed in the California sun between MLS seasons.

Not true. A great myth about Beckham, especially in the soccer-ignorant U.S. media, is that Beckham was brought to L.A. to score. His initial arrival in California was heralded, incorrectly, as the equivalent of Wayne Gretzky going to the Los Angeles Kings. But Beckham's gift is as a distributor of the ball. His passing is exceptional. He can change a game with a well-placed pass of formidable accuracy. He's an engine, a creator of attacking moves. He's not a striker but his ability to score from set-pieces remains intact.

Not so much any more. True, his initial infamy arose from lashing out at Diego Simeone of Argentina at the 1998 World Cup. He was the first captain of England to be sent off. And he acquired 41 yellow cards and four reds for Real Madrid. But in part Beckham's penchant for fouling was the understandable reaction of player who will always be a target for abuse and a target for defenders to stop by any means. His discipline record for the Galaxy has been mostly exemplary. His most famous red card was being told to leave the sidelines when arguing with a referee at a game one of his kids was playing.

Not true. His surprise decision to sign a new two-year contract with the Galaxy, when he could have gone to several clubs in Europe, suggests he's finally settled in the United States. And he's still hungry for trophies. The Galaxy has a good shot and winning the CONCACAF Champions League, if it gets past Toronto FC, and of retaining the MLS Cup this year. Beckham's job is to supply the ball to tiny, whiny Landon Donovan or the cart-wheeling Keane, and he's obviously up for it.

He's a star, he shops but he doesn't only show up. There's a lot more to admire about this man than his famous good looks. And like much about Beckham, the good looks aren't a myth at all.

John Doyle is The Globe and Mail's TV critic and author of The World Is a Ball: The Joy, Madness and Meaning of Soccer. 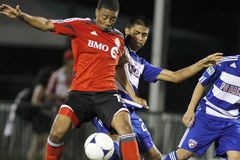 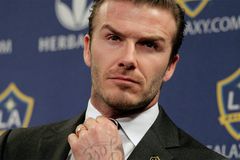 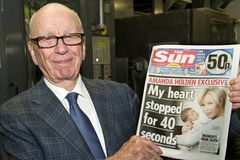