Risk-taking and counterattacks are the new fashion in football, according to a FIFA study of World Cup teams' tactics.

"The trend is for teams to play positively and do everything to win a game rather than merely 'not lose'," FIFA's panel of coaching experts working in Brazil reported Friday.

The best teams were rewarded for being "not afraid of losing their shape for brief moments," the 284-page document noted.

"Outstanding fast transitions and counterattacking tactics," were praised as the most effective strategy at a World Cup which equaled the tournament record for most goals and was widely praised as the best in a generation.

It was a different story four years ago.

Then, the football was so poor in South Africa that FIFA President Sepp Blatter asked a task force to suggest ways of making football more entertaining.

Though that panel achieved little, in Brazil the teams, coaches and players rose to their challenge.

"The tempo of the game was impressive — Brazil 2014 was one of, if not the fastest World Cups ever played," the FIFA technical report said.

Other successful trends in Brazil included playing with at least two strikers, three central defenders and only one defensive midfielder.

Controversial incidents — including Uruguay forward Luis Suarez biting an opponent, and players continuing despite apparent head injuries — are not mentioned in the document.

Teams are also rarely criticized, though Brazil is not spared after being outplayed by eventual winner Germany and the Netherlands.

"An incomprehensibly poor performance against Germany," the report said of the host nation's semifinal humbling, adding that 7-1 was "a fair reflection of the strengths of the two teams."

FIFA's coaches noted Brazil's "attacking game not quite clicking into gear and some co-ordination problems obvious in defence."

Tactically, the FIFA report says top teams no longer use two holding midfielders, which was effective in South Africa. A lone striker is also out of fashion.

"Most teams played with two strikers (if not three), and the few teams that played with one lone attacker left the competition early," the report said.

Goalkeepers like Germany's Manuel Neuer now function as an extra outfield player, and specialized coaching should reflect that, the report said.

The report suggests playing with three central defenders is "on the rise again" thanks to the third-place Netherlands, surprise quarterfinalist Costa Rica, Chile, Mexico and Uruguay.

Four years after Spain rode its tiki-taka passing to win the World Cup, the report notes effective use of the ball is now more important than simply having it.

In Brazil, 21 of 64 matches were won by the counterattacking team having less possession.

"Possession play must be efficient and not sterile," the report noted, adding that 34 of 171 goals in Brazil came from "quick transition play."

"Counter-attacking tactics were once a tool in a team's armoury, but now some teams base their entire play around such tactics," the report said.

"Teams that scored the first goal were at times too confident and too sure of themselves," the report said.

Defensive tactics included aggressive pressing to get the ball in the first 15 minutes, and holding a back line at least 40 metres from goal.

"Teams defended in a compact block in a high line and overloaded the area where the ball was," the report said.

Costa Rica and Algeria are praised for making progress, and so was the CONCACAF region which also had Mexico and the United States reach the second round

"Good development work has seen the gap between (CONCACAF) teams narrow, which automatically means that there is healthy competition and an improved standard of football," the report states.

"Europe can be more than happy with their performance at Brazil 2014," the report said, after winning for the first time in the Americas.

The four winless Asian confederation teams "lacked creativity, ideas, penetration and players who could turn a match in their favour."

"Individual skill can only be effective if it is fully in sync with the efforts and philosophy of the team." 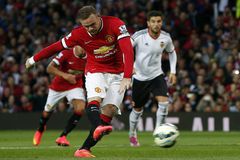 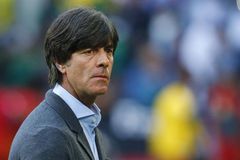