Of all the revelations about alleged corruption at FIFA and the shenanigans of its executives, from Sepp Blatter down to the hobbit-like U.S. soccer administrator Chuck Blazer keeping a luxury apartment for his cats in Manhattan, one has struck with a particular blistering sting.

It's this: The Republic of Ireland was paid €5-million ($7-million) to go away and shut up about a brazen handball by French striker Thierry Henry that led to Ireland failing to qualify for the 2010 World Cup.

On Thursday, John Delaney, the head of the Football Association of Ireland, made the revelation during an interview on Irish radio about FIFA and Blatter's decision to step down. He explained that the FAI felt it had a legal case against FIFA and that angry words had been exchanged between him and Blatter. At the time, calls for a replay were dismissed by FIFA and Ireland's long-shot request to be included as an extra, 33rd team at the World Cup, for reasons of fairness, brought snickering derision from Blatter.

Delaney said on Irish radio, "That day when I went in, and I told him how I felt about him, there were some expletives used and we came to an agreement. That was a Thursday and on Monday the agreement was all signed and all done. It's a very good agreement for the FAI and a very legitimate agreement for the FAI, but I'm bound by confidentiality for naming the figure."

Delaney, however, declined to contradict the suggested figure of a payment of €5-million.

The context is important. The whole world of soccer remembers it, but the Irish recall it with seething rage.

On Nov. 14, 2009, France and Ireland began a two-leg playoff to decide which country would qualify for the World Cup. The first leg, in Dublin, was hard-fought. France had a slight edge but was failing to score. Then came a freak goal – a shot by Nicolas Anelka deflected off Irish defender Sean St Ledger and France left Dublin, up 1-0 in the playoff.

A few days later in Paris, Ireland dominated, playing with a pace and fluid precision. The Irish scored, a beautifully constructed run of play in which Damien Duff passed to Robbie Keane, who easily beat the French goalkeeper. France looked ragged and frantic, as Ireland had the game by the throat and looked likely to score again. The game went to extra time. There was a scramble in the Irish goalmouth. It was hard to see what was happening, watching on TV. But a French player seemed to have bundled the ball into the Irish net. The Irish players, immediately and en masse, ran to the referee, pointing to arms and slapping their hands. The universal signal for an illegal handball. The referee waved them away.

And then anyone watching the replay on TV saw the truth. Henry had used his hand to control the ball, not once, but twice, while passing it to William Gallas, who poked it into the net. The goal should never have been allowed. It was so stunningly obvious.

The next day, the illegal goal and Ireland's outrage was the biggest story in the world. The unfairness. The arrogance of the French. The shrug and derision from Blatter.

On Thursday, after Delaney's revelation, FIFA issued a statement saying the payment was to help build a new soccer stadium in Ireland. Such a stadium never materialized or was attempted. Ireland continues to share a stadium, now renovated, with the Irish Rugby authority. Maybe some of the millions went into that. Nobody knows.

But, really, it was hush money. It was money to make the Irish shut up about the result, the referee, the lack of video-replay technology and about FIFA's arrogant indifference.

Money changes everything. But not that. Not that stark injustice. Not the brazen cheating. To try to gloss it over with money is the worst insult. 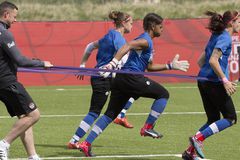 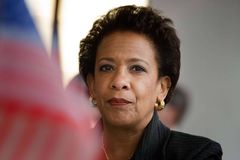