Toronto FC takes to the field for its home opener on Saturday afternoon against D.C. United, but for the sold-out crowd on hand at Toronto's BMO Field, the game represents far more than just the start of another soccer season in Southern Ontario.

Off-season moves by team owner Maple Leaf Sports and Entertainment have done more than just patch up the gaping holes in the roster, holes that have been there to varying degrees for much of the first seven years.

The high-priced additions of English Premier League star Jermain Defoe of Tottenham Hotspur, American national team midfielder Michael Bradley from Serie A side Roma and Brazilian striker Gilberto will blend with other additions such as the loan move of first-choice Brazilian goalkeeper Julio Cesar from QPR in England, the return of former TFC captain Dwayne De Rosario and the additions of other MLS regulars such as Jackson and Justin Morrow.

The moves have certainly captivated the team's supporters, with a sold-out season-ticket base of 17,000, a reinvigorated attitude towards the team and more media coverage than the Reds have garnered thus far in their short history.

Here are five keys to whether the season will result in the first postseason berth in team history or simply another false dawn: 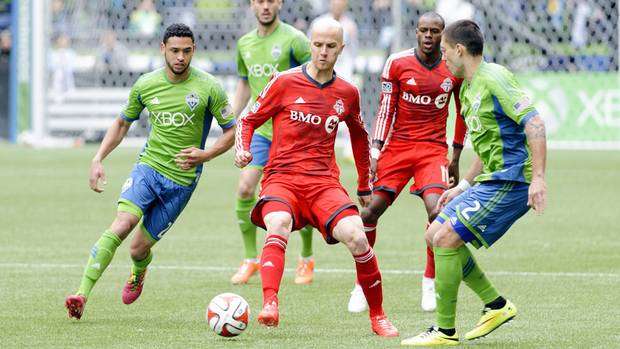 It’s understandably a work in progress, but the importance of the relationship between the two central midfielders in Ryan Nelsen’s usual 4-4-2 formation was highlighted in last Saturday’s 2-1 win in Seattle.

Michael Bradley and Jonathan Osorio, the current incumbents in that area, showed a good understanding of when to hold and when to go by and large, but the Seattle goal scored by Clint Dempsey was a direct result of both overcommitting and the Sounders getting in behind the midfield to converge on Toronto’s traditional Achilles heel, the back four.

Osorio’s bent for attacking play was refreshing as a first-year player in another wasted season last year, but he’ll need to curb those tendencies at times or risk losing his spot to a less dynamic option like Kyle Bekker.

While Bradley was content to play the holding midfielder at big clubs like Roma, he’s not getting paid the big bucks to simply sit back and mop up the mistakes of others. 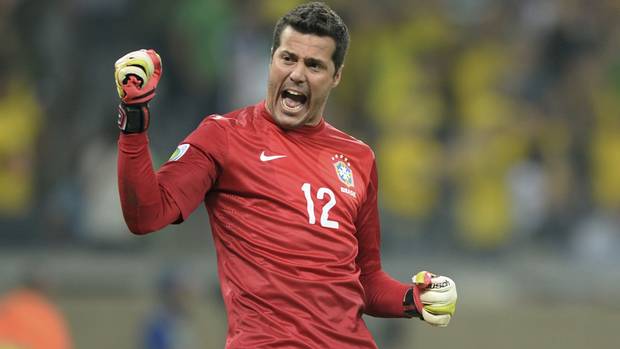 Just as four years ago, Major League Soccer has built a two-week break for the World Cup into its schedule.

Of course, the World Cup takes place over a full calendar month, so TFC players that represent countries that advance into the knockout rounds, most likely goalkeeper Julio Cesar for Brazil, but possibly Jermain Defoe for England and Michael Bradley for the United States, could be missing for a while and that could spell panic for TFC. 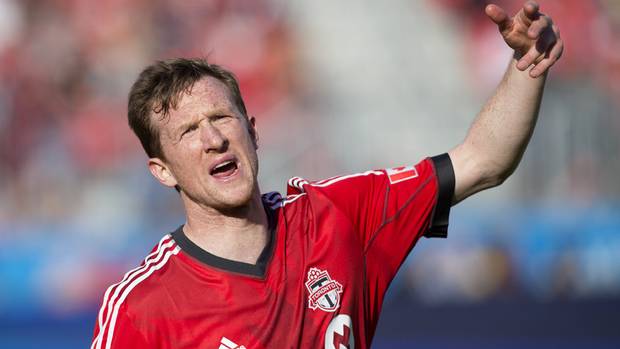 Toronto FC supporters need no reminder just how porous the back four has traditionally been.

Late goals have plagued the team and cost it valuable points, and although the team’s effort to claw out all three points last week in Seattle was admirable, a bigger sample size will be needed to determine if a weakness can possibly turn into strength this season.

Having a fresh Steven Caldwell at centre back and the commanding and experienced figure of Julio Cesar in goal will certainly help this cause though. 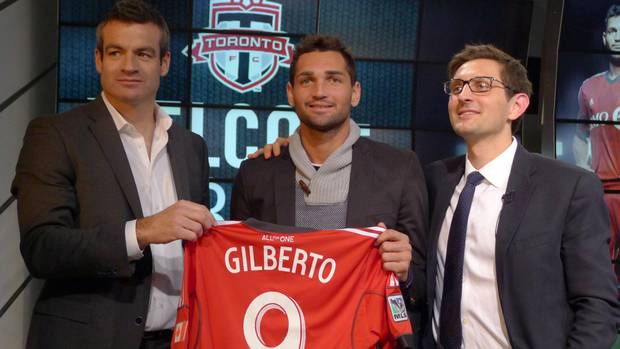 Bright Dike was lost before the season started with a torn Achilles tendon and new signing Gilberto missed last week’s trip to Seattle with a leg injury.

Dwayne De Rosario is starting in Gilberto’s place, but at 35 his body, even as committed as he is when it comes to diet and fitness, cannot hold up forever.

Lord help this team if Jermain Defoe ever succumbs to long-term injury. 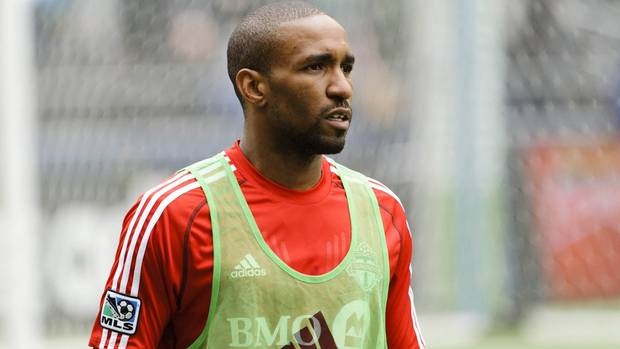 One of the great tenets of playing soccer in North America is dealing with interminable flights across the continent at times.

Having played most of his soccer in London – which currently has six clubs in the English Premier League out of 20 and has often had more – Defoe would have played 25 of 38 games within a short Tube ride of his London home.

Getting used to the grind of flying to Seattle and Los Angeles, to say nothing of CONCACAF Champions League games in places like Nicaragua and Mexico, can take time to get used to.

As former New England Revolution head coach Steve Nicol put it, “There’s no question, the travel here is crazy, there’s nowhere else in the world where they do it [like here].”