Without a doubt, this is the strongest team I've been able to field at a FIFA event. It's stronger than the Olympic team, faster, fitter and tactically more organized.

When we talk about the strengths of this team, we call them our three DNA strands, and you can see that the players have inherited them from this country's hockey culture.

First off, there's a real attacking mindset in the Canadian game, so with that, just as with hockey, you get a lot of quick counterattacks that our girls are really tuned into. It was on clear display at the Olympics, where out of the top five teams we had the fewest shots but had the highest percentage of converting shots into goals.

Then you've got power. Canadians have always been known for that, and when I coached against them as head coach of New Zealand during our first game in 2007, they smashed us 4-0; they physically dominated us. We've emphasized that in our training leading up to the tournament and I think Canadian fans are drawn to that, the physicality of what they expect us to be. So we can regain the ball quickly after losing possession and really impose ourselves on any opposition.

Lastly, when we analyzed the teams that finished on the podium in the last Olympics, the best were able to exert a greater amount of control on the game. People think possession of the ball is control, but it's not. What you should be striving for is control in areas that the opposition doesn't want you to be in. So we look at statistics such as how much time we spend in the opposition half, how many attacking quarter entries we have and the number of final acts, such as shots or crosses.

Deficiencies in that area have been Canada's weakness for many a year, and now that we're playing at home, we'd like to show Canada that we've grown and can control the game in the opposition half rather than rely on physical defending and counterattacking strategies.

We got beaten 3-0 by Japan in Edmonton last October, but it was our best performance against a Tier 1 team in years. We matched the defending world champion in a number of final acts, but the difference was the quality. Japan had better finishing and better movement, so we've been working toward that, shooting and passing from more dangerous positions and getting more precise movement against these well-organized defences.

The chemistry feels right on this team. It's been refreshing for our experienced veterans to see how the young players don't overthink things. What they don't know, they don't know. Some of the scars that the senior players have amassed over years of defeats or tough situations mean that there are certain situations they might shy away from instead of move toward. I think some of the youngsters, particularly Kadeisha Buchanan with her fearless attitude, you can see she inspires some of the senior players, despite the fact she's just 19 years old.

When she made her debut as a 17-year-old against the United States at BMO Field in Toronto two years ago, she went head to head with U.S. superstar Abby Wambach, arguably the most notable name in the women's game today, and owned her for most of a match that ended in a 3-0 defeat. She played the game of her life, and had every right to feel happy with her performance, but at the final whistle she just sat and cried on the pitch.

That was such a powerful moment for me. Most young kids would have been happy to get out of there unscathed, but not her. She was embarrassed that we lost like that in front of a sellout crowd. To me, that's when you start to reveal the winners, people that have truly got something in them that can take them to the next level.

Adriana Leon is another young player who's started to establish herself. She's just 22, and when she first came into the team she was full of energy and running, but we had to work hard to make her understand our tactical approach. Over the past year she's becoming one of our most effective attacking players.

On top of that, Sophie Schmidt is someone who we genuinely believe will shine at the World Cup, a tournament where she stamps her mark on the international stage as a truly world-class central midfielder.

Tactics in the women's game have come a long way in a short period of time. Players ply their trade in professional leagues now, and there's a real tactical discipline to defending and counterattacking. Tactics have definitely become as good as in the men's game. They're absolutely on par.

As head coach, I want my team to attack. I'm more in line with former Newcastle United manager Kevin Keegan's forward-thinking emphasis than Chelsea manager Jose Mourinho's stifling approach to games. Even if my team's a goal up and I feel momentum is on our side, I'm going to ask my players for a second, a third and a fourth goal.

These high-risk tactics don't always pay off, but the players trust me, and that's the key. Everyone wants to win and you don't play soccer matches to get a draw – not at the international level, anyway. I might make more FIFA ranking points, but I don't really care about them.

We've simplified it down and it's clear. The back six – you win games by not conceding goals. The front five – you win games by scoring goals. In between, there's a crossover where you're both going to help one another achieve those outcomes – and that's where the teamwork really comes in.

John Herdman is head coach of the Canadian women's national soccer team. This is the fourth of a five-part series on Canada's preparations as host country of the Women's World Cup.

Herdman: Canada’s World Cup team can make an impact on its country
June 2, 2015 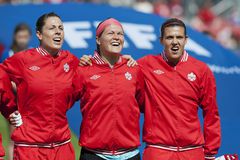 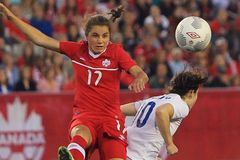 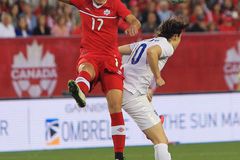 Few expectations for Canada's Cup squad, and that may be a good thing
June 2, 2015 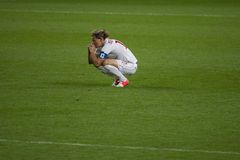