After Sunday's loss in the Clasico, the calmest and most reasonable section of Real Madrid's support waited hours outside the team's training ground to have a quiet word with the players as they left.

When the team wasn't in the mood to stop for a good rollicking, the addled supporters attacked the players' cars. The main vehicle targeted belonged to Gareth Bale.

The manner and speed with which Bale, the most expensive soccer player in history, has been reduced to an object of scorn is a nice encapsulation of the zeitgeist. They love you hard, so that eventually they can hate you even more.

You will know Bale to see him play, but it's likely you know nothing else about him. He may be the most obscure big-time sports star on the planet.

He avoids interviews. He doesn't hit people with bottles in nightclubs or say silly things on social media or make a show of himself in public. He's dated the same woman since he was in grade school.

He is a player of startling power and finesse. Soccer is a vertical game conceived horizontally by even the best players. Bale is the rare talent who doesn't need to figure a way around you. He just goes straight through you. It looks simple when you see it done. It's not simple.

The first mistake of his career was allowing himself to be sold for a world-record fee – roughly $160-million (U.S.). The second was allowing Madrid to pay it. His third was a failure to be Spanish.

Because he's Welsh, Bale had never played (and probably will never play) in a major international tournament. He's great, but having never been seen being great on the game's biggest stages, he didn't feel great.

The outrageously prideful fans of Madrid were happy to pay the biggest fees, but not impressed by whom they were paying them for.

You knew from the beginning this would end badly, but not this badly.

In his first year, Bale won the Champions League, the Copa del Rey and the UEFA Super Cup. He did what British players routinely refuse to do when sent overseas – adapt to the culture. Given the chance, he shows a shy, self-deprecating humour: "[Learning Spanish] does take time, and not being so clever doesn't help."

He scored 22 goals in 44 appearances – a remarkable feat of adjustment to a new team, league and style of play. He was entirely as advertised.

But quietly. Too quietly.

Fans will say they want a player who just does his job, who is remote and good. But they secretly resent that sort of player. He isn't exciting enough. He isn't reflecting their intensity. As soon as he wobbles, they're on top of him.

Bale's other sin of omission was being the signature signing of an unpopular Real Madrid president – Florentino Perez.

Perez made his own terrible mistake – coming up the wrong side of the Spanish press. Marca, the all-sports newspaper that acts as a frothing anti-Pravda, both obsessed with and disgusted by Real, took particular umbrage. Since no one cares to read four screaming pages each day about the head administrator, Marca turned on his Welsh proxy instead.

Bale was not playing very well – just like the rest of the team. Real was still tops in La Liga and muddling along in the Champions League, but in Madrid, there is no good that is good enough. The Maple Leafs ought to send the roster there for a week each year, along with a note that reads: "This is what real pressure looks like."

Suddenly, Bale represented everything wrong with the team. The fans turned. Marca quoted an anonymous teammate: "He doesn't defend because he doesn't want to."

It should be noted – you don't pay $160-million for the world's best young winger so that he can defend. You may as well criticize Bale for not folding the team's laundry.

It seemed more political than petty. BBC's Spanish soccer correspondent, Andy West, did a quite reasonable piece dissecting Marca's motivations. Marca responded with a panting editorial, which attempted to bury the world's most famous news service because, in part, it once employed a sex criminal.

This took on the tenor of an international incident. Throughout it all, Bale stayed in character. He didn't say anything.

He had one more chance to redeem himself, in the Clasico against Barcelona. It went untaken. He was decent in the first half, and vanished in the second. Real lost 2-1. Bale's doing what slumping players do – slump. He's still the third-highest scorer on the team. Real may still win major trophies. But spite sells better than hope.

After the loss, Marca rated the Real players by stars. All but one. It gave Bale no rating at all. The front-page photo showed Bale in despair while Barcelona celebrated.

You've got to give these guys credit – once the jaw is locked, the head will not stop swinging.

Bale might still plow forward, but it's not looking hopeful. His problem is binary. It doesn't matter how good Real is, or how good he is, but how much better Barcelona is. If Real finishes behind its rival – in anything – the season is a failure. If it's a failure, it's Bale's fault. That's already been decided.

And if a whole season is draped on Bale's shoulders, he has to leave. A native might weather the storm; a player who is, by consensus, currently in the "best-in-the-world" conversation might as well. Bale is neither. So he's finished.

It's likely he'll return to the English Premier League in the summer. Real won't let him go cheaply. In order to goose the process, he'll probably have to do what he hates doing – complain publicly. That'll be ugly. The smart thing would be enlisting Marca in the effort. Given the right sort of leaks, the newspaper can make it impossible for Real to keep him.

Wouldn't that also be zeitgeisty – the nicest guy in the world finding a useful friend in the people who killed him professionally. 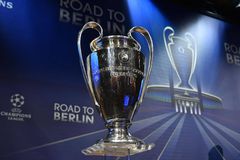 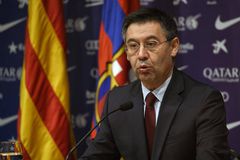 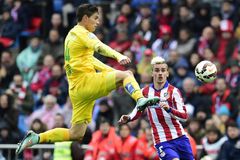 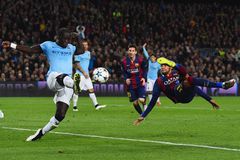 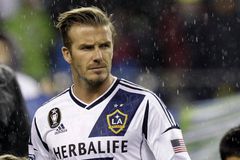