After losing to Slovakia on Wednesday, thrombotic manager Leonid Slutsky was asked about a flare that had been set off in the Russian end during the game's final moments.

The flare was doing what flares do – flaming as brightly as the sun and billowing smoke. It would have been impossible to miss.

Since his Russian team is under threat of expulsion if its supporters cause any further disturbances inside Euro 2016 stadiums, Slutsky was then asked if he was worried about the consequences of the flare.

It is an answer so cartoonish and false you feel the urge to stand up and applaud. It's the Slutskys of the world that make rooting against another team as much fun as rooting for your own.

It's been a while since the whole of the Western world could think of Russians as the black hats of athletics. We'd have to go back to the 1980 Olympics in Moscow and all the little cheats that made that event so notorious.

Soon thereafter, we all became friends in sport again, which is a lot less exciting than it sounds.

And if so, good news. Over the past year, Russia has been working hard to turn everyone against it. Most notably, it has been stitched up in a rolling and frankly delightful doping scandal.

These guys didn't just hand out the needles. They took "anti" out of their own anti-doping system and turned the Sochi Olympics into a three-week confidence scheme.

The IOC waved its bony fist and made all sorts of threats about total bans. None of them will come to anything.

We've seen too much of it, and the sin of wanting to be the best strikes many as a misdemeanour rather than a crime.

It was the brazenness, the total lack of shame in the Russian response, that annoyed people. And, perhaps, titillated them a little. These were the bad guys we remembered.

The more the West complained, the more Russia seemed to enjoy our high, ineffectual dudgeon. You got the sense that the idea wasn't just to win, but to be caught after the fact so that everyone could admire the cleverness of the fix.

Russia has managed to up the cross-cultural animosity several ticks in France. A small group of Russian soccer thugs – inspired in the early post-Soviet years by English hooligan firms – have come here looking to cow their predecessors. They've managed it. In the process, they've once again alarmed the whole world.

The bloody scenes were bad enough. But it was the up-is-down, black-is-white excuses that really roiled people.

No wonder Donald Trump loves Russian politicians so much. He's drawing straight from their shifty playbook.

Russian Minister for Sport Vitaly Mutko was standing on the field when Russian fans attacked the English at the end of Saturday's game.

"There was no clash," Mutko said afterward. "That's being exaggerated. In fact, everything is fine here."

Once UEFA began disciplinary proceedings, Mutko changed his tune. But his first instinct – "What fight?" – leads directly to Slutsky's knee-jerk answer – "What flare?"

At the official level, the Russian response to any sporting accusation is first to deny and then, when caught, to accuse the other side of bias. You can't fight that sort of rationale. All you can do is roll your eyes.

It should be said that the average travelling Russian fan is no bother at all. He (almost always a "he") is good humoured and well behaved.

Every country has its type at these things – the Russian is loud, affluent, decked head-to-toe in garish national colours, wearing a fanny pack and weighed down with his own supply of spirits imported from the village. He is the American tourist of our imagination, but through a funhouse mirror.

One of my favourite memories of a soccer tournament is riding a jammed cattle car from Zurich to Vienna along with a horde of Russians. One of our colleagues got wedged into a cabin with a half-dozen of them.

They plied him with vodka ("No, no. Drink. Drink!"), then with "dessert" (i.e. brandy) and then with smoked fish. At one point, he came wobbling by our sleepier lodging, holding what appeared to be a foot-long herring, looking quite desperate.

It was that sort of Russian fan who took the stage on Wednesday. The scenes from Marseille were not repeated in Lille. By evening, it was the English who were being chased around town by riot police.

What the Russian hooligans bring in terms of aggression and planning, the English make up for with loutishness. They don't come to cause trouble. They just drink themselves senseless and end up stumbling into it.

You can't hate them for it. They're too insipid.

As to the Russian problem, it's winding down because they've already made their point. All the Russians will be gone soon, along with their plodding, overmatched team.

But the image that's been replanted here in France will continue to define sports events for years. We'll be waiting for the Russian cheat in Rio and the Russian thug at the next World Cup.

It is, in its way, a quite brilliant bait-and-switch. Russia would like to be thought of as formidable. Like the Soviets, their current leadership wants very badly for the country to assert itself through sport.

One problem – they're not good enough. Not at athletics, or soccer, or hockey. Russia isn't the best in the world at anything that really matters any more.

What do you do when you can't win? You change the game.

You express your strength in other, darker ways. You use cunning instead of talent. You send hooligans instead of players. When caught breaking the rules, you say, "What rules?"

Russia's involved in a few ongoing wars. This is another one of them. A guerrilla public-relations campaign based theoretically in sport and being fought with the rest of the world.

Russia doesn't need championships to thrive at that. The Russians just need to be seen thumbing their nose at everyone else and getting away with it.

On that basis, their Euro is already a success. 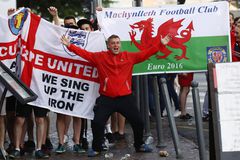 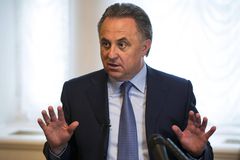