Beyond being one of the highest achieving set-ups in all of sport, the U.S. women's senior national soccer team is easily the most activist. The entire roster is suffused with a philosophy of righteous disobedience.

On Thursday, a frequent policy of non-co-operation became a shooting war. Five players filed suit against their governing body, U.S. Soccer, alleging wage discrimination. The five – veteran stars such as Hope Solo, Alex Morgan and current world player of the year, Carli Lloyd – say they are speaking on behalf of the entire team.

This is the latest tussle in their fractious relationship with institutional powers. U.S. players led the legal fight against FIFA over artificial turf at the 2015 Women's World Cup held in Canada. They pointed out what no one in charge wanted to acknowledge – that top male international players would not be asked to practise, never mind play, on anything other than grass at the game's most prestigious event.

The women's soccer world trailed uneasily in America's noisy wake. Well, most of it did. While many top players joined the suit, no Canadian did.

The women lost the fight against turf because no one would go to the logical extreme – threatening a boycott. With that off the table, the issue was too easily reduced from its basics – fairness – to a wonkish discussion about synthetic surfaces and whether they cause more injuries than natural grass. FIFA proved the best way to defend a losing argument is to complicate it.

That defeat emboldened the U.S. team. After winning the World Cup, the women refused to play one leg of their victory tour because it was on artificial turf. They've been wrestling with U.S. Soccer over a new collective agreement. And now this.

Shortly after the suit was announced, the five complainants began a full media assault on the morning chat shows. This battle will not be fought in a gentlewomanly, backroom fashion. It's going to be out in public. If it isn't solved well before the Rio Olympics begin in August, it will be ugly.

Referring to a detailed breakdown in U.S. Soccer's most recent financial report, the women point out that they are paid as little as 40 per cent of what their male colleagues receive.

The first line of defence here might be that the men earn more for the federation. Except that it's not the case. The women are more popular, fill more stadiums and do things the men don't – such as stage victory tours – making millions more for their bosses than their mediocre brethren. U.S. Soccer has already budgeted their gold-medal tour into this year's projected earnings.

It's additionally galling when you consider prestige. You can't put a figure on that, but nobody who follows the game believes that U.S. men's soccer matters as much as (forget about more than) U.S. women's soccer. The women lead in their world. The men follow in theirs.

Perhaps we can discuss whether the women deserve better than half because they are a) objectively more successful and b) earn a bigger slice of the pie. But you'd be hard-pressed to mount a credible argument that they shouldn't earn at least an equal amount.

U.S. Soccer is now in the uncomfortable position of either making that argument or maintaining its dignity. It can't do both.

Which does make you wonder – where's the Canadian Soccer Association in all of this?

As usual, it is over there, standing behind a tree, hoping you don't notice it.

The situation in Canadian soccer is the United States through a funhouse mirror. Canada's senior women's team isn't just better than its male counterparts, it is the only half that matters. The men haven't been at a World Cup in 30 years and last made the Olympics in 1984, when just about anyone could get in. On their current developmental pace, the men might not appear in a tournament that matters for another 30 years.

Do Canada's men make more than our far more successful women? It's very hard to say, because the CSA's budget breakdown is a single pie chart. The 2013 annual report notes that about a quarter of its expenditures go to "senior teams."

We asked the CSA on Thursday if there is a disparity and for its position on the U.S. lawsuit.

Here's the answer (which may or may not have been written by a sentient computer called NOCOMMENT): "Canada Soccer is aware of the lawsuit launched today by members of the U.S. Women's National Team. This action is specific to those individuals and U.S. Soccer and as such, Canada Soccer will not provide further comment."

"Further"? They haven't given a first one.

Asked again, spokeswoman Carrie Croft wrote, "No. There is not a disparity."

Then some slippery supplemental additions about the "funding model" being "different from year to year based on the major competitions for that year."

The people who'd best be able to confirm this are members of the Canadian women's senior team. Athletes do talk to each other, after all. As is their habit, they haven't publicly said one way or the other.

If they ever felt like doing so, now's the time. Christine Sinclair and the rest of the heroes of London 2012 are close to retirement. The Olympics will be their last great adventure together. They've got nothing to lose.

The law would likely be on their side. Toronto-based lawyer Catherine Gleason-Mercier, who was co-counsel on the suit lodged over turf, said that a human-rights complaint would likely be the way to go.

"In principle, it's a possible claim," Ms. Gleason-Mercier said Thursday. "Put it this way – there is something here to investigate."

Whether it will be investigated is up to some of Canada's most famous female athletes ever. What they decide could have far-reaching consequences for subsequent generations of elite players, and in sports beyond soccer. Perhaps that might be as satisfying a legacy as an Olympic medal. 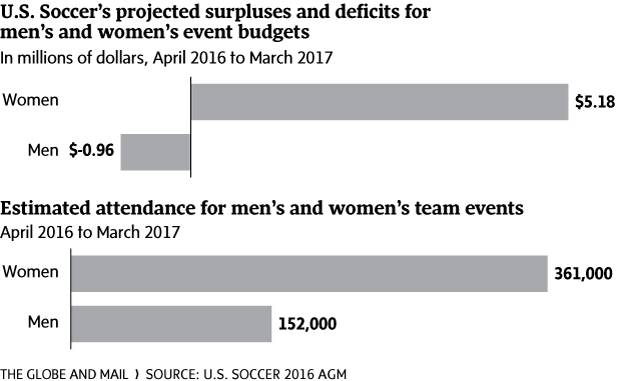 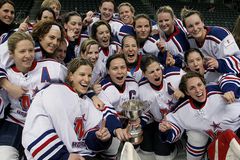 Gender equality in tennis needs to come from rewiring the game itself
March 25, 2016 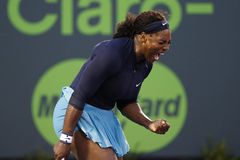 Coaches confident that more gender barriers will fall in the future
January 22, 2016 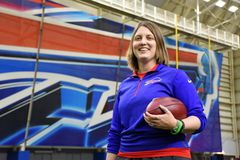