Kevin Payne wasn't going to wear his MLS championship ring — he has four — to his Toronto FC introduction.

The former D.C. United boss, who routinely wears one of his rings, changed his mind on the advice of wife Pam.

"I said to my wife this is weird. For the first time since '97 — when I got the '96 ring — I'm not going to put on a championship ring," he related Wednesday after being unveiled as Toronto's president and general manager.

"And she said 'I think you should put it on.' I said 'Well, I don't want to be always talking about D.C.' She said 'But you need to get people to aspire to win their own ring. Understand that that's the goal.'

Payne, 59, wore his 2004 championship ring to the news conference at BMO Field. It glinted under the lights, a different kind of shine than the beads of sweat that have adorned beleaguered TFC officials in past spotlights.

The playoffs, let alone a championship, have seemed a galaxy away for Toronto FC. But Payne brings hope, as well as championship baubles.

Anselmi, of course, has said similar before. Toronto is on its seventh coach in six years.

Payne, however, represents Toronto FC's first president. He becomes the soccer team's equivalent to the Leafs' Brian Burke and the Raptors' Bryan Colangelo.

And he brings a stellar pedigree to the job, a reputation that he lived up in an accomplished, polished performance in his introduction to local media.

"I think it's probably THE best signing that we'll make," said head coach Paul Mariner, who watched the news conference from the front row.

"His knowledge, his persona off the field, his persona around the building — not only with the highest of the highs but the lowest of the lows — he appreciates what it takes to be a championship team," said Mariner. "And what type of people you need, whether it's the president or whether it's somebody who clears up after the players are gone.

"It's so important that everybody's engaged and he's the type of person that can galvanize people."

Until his resignation as president and CEO on Tuesday, Payne had spent 17 years at D.C. United — helping the franchise find its feet in time for the debut MLS season in 1996.

In its first four years of operation, D.C. United won three MLS Cups and was runner-up the other year. His team won 47 league games in its first two seasons.

Payne joins a franchise that has failed to make the playoffs since its inception in 2007, winning just 45 games over those six seasons.

After three barren, single-digit win seasons, D.C. United rebounded in 2012 to post the league's third-best record (17-10-7) and make it to the Eastern Conference final before losing to Houston.

You would have thought he was going the other way by his enthusiasm Wednesday.

So, did he fall on his head before accepting the job?

"This is the only job in Major League Soccer for which I would have left D.C.," said Payne.

"I personally love a challenge," he added. "I often talk with people and say 'What's the fun of being the manager of Real Madrid and spending crazy money and just buying the best players?'

"I really love to build things."

A change in the ownership structure at D.C. United may also have encouraged Payne to look for a new challenge.

He talked up MLSE as an owner and said TFC's resources, from its $21-million training centre to its support staff, are "unmatched" in MLS.

"And I think there are some very good pieces within this (player) group."

Job 1 in Toronto is a plan to improve the product on the field.

Payne confirmed Mariner as coach and said Earl Cochrane, TFC's director of team and player operations, would be the first port of call for other teams talking trade.

But it's clear that Payne will be the boss, overseeing both the business and sport sides of the franchise.

Payne will sees some familiar faces on the job here. Cochrane spent two years at D.C. United earlier in his career as director of communications. And Thomas Rongen, head of TFC's Academy, coached D.C. United from 1999 to 2001.

Payne says he encourages "creative conflict," where views are challenged — until the debate is over and a decision is made.

Cochrane, who also had a front-row seat on Payne's remarks, remembers such discussions well.

"He also understands that planning is the thing that's required in order to get you where you want to be. You map out your opening and your endgame and you stick to that. Varying from that path can sometimes take you down a different path and take you to an area you don't really want to be."

While player personnel decisions are key, Payne said teams that succeed in MLS do so "by taking the group you have and making them better, either collectively or individually.

"That sounds simple but it's not necessarily the approach in a lot of places in the rest of the world where the idea is, well, if a player is not working out, we get rid of him and sign a new one.

"It's not a surprise that the two most successful coaches in the history of this league are Bruce Arena and Sigi Schmid, two guys who had more than 20 years of college soccer coaching before they ever came into the league. So they were very comfortable as teachers."

He says the D.C. United approach involved a philosophy, guiding principles, a style and a system.

The philosophy at D.C. United was to play "dominant soccer," to dictate how and where the game would be played. The style was based on possession — "highly technical players kind of a Latin style, if you will. The guiding principals refer to what kind of values or character the players had.

The system is a "function of who the players are on your team," meaning it was fluid depending on the talents available.

"You have to be adaptable, but the principles of play don't change," he explained.

That adaptation — "You have horses for courses," Payne noted —was missing in some earlier regimes, most notably under Aron Winter.

Winter, who parted ways with TFC after 10 games, used to urge his players to watch Barcelona games — to look and learn.

Payne referred to the stylish Spanish side in a different way when talking about a pressing playing style.

"This is probably the last time I'll ever say this word but if you look at Barcelona — the B word we call it in the league — what's really I think revolutionary about their game is almost more their defensive side of the ball. The relentless way in which they attack the ball when it turns over. And that's what allows them to keep the possession they keep." 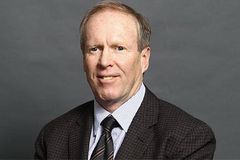