The team names on the scoreboards at BMO Field on Tuesday read "CAN" – for Canada – and "THEM."

Canadian soccer, at least on the men's side, has been struggling to catch up to "them" for years, and a week before the World Cup opens in Brazil, the national governing body for the sport announced plans to help develop young players, and a pathway that would see the best reach Canada's national team.

"It's been 28 years since we were in the World Cup, and definitely with football evolving all the time, we need to do some adjustments," said Tony Fonseca, the Canadian Soccer Association's technical director. "If we aspire to be in a World Cup in the next four to eight years, I would say that we need to change, to change a lot of things that we have done not so well, and keep the ones that we have done well, and improve them."

The CSA announced plans for its Canada Soccer Pathway on Tuesday, a unified development vision that is part of its strategic vision for 2014-18 released back in January.

As the first step in the Pathway, the CSA introduced its curriculum for the Preferred Training Model, specific training methods for coaches to use with kids ages 4-12 that focus on general movement, soccer co-ordination, soccer technique and small-sided games, with the use of stations. The emphasis is on skill development rather than winning or losing.

"We have to drastically change our training environment to maximize each one's potential," Fonseca said. "We have to maximize fields or field space, and we have to maximize coaching ability because it's very difficult, when you look across the country and most of our youth players are being coached by parents and volunteers – thank God for them because without them we would not get the numbers that we have today. But we have not done much helping them."

Fonseca said the Preferred Training Model will be on the CSA's website by the end of June.

While Canada's women's team is amongst the best in the world, winning bronze at the 2012 Olympics, the men haven't won a game since they were knocked out of World Cup qualifying in October, 2012. A young Canadian men's side tied both Bulgaria and Moldova in a pair of friendlies last month.

Using regional training centres, scouting networks and professional clubs, the CSA hopes the Canada Soccer Pathway will be a pipeline to national and pro teams for the country's most promising players.

"It's an unprecedented time for women's football/soccer; we've got a World Cup just around the world in 2015, the whole world will be here watching and if there's a time to change our game it's now," said Canadian women's coach John Herdman, who was mobbed for autographs by a couple dozen youth players Tuesday.

"This country has 350,000 female participants. We get 30,000 coming and watching our team, there's an unprecedented support for this unique group of women, and this team should be, could be on the podium at every single event," he said. "With the implementation of our new system, we're going to give this country that chance to be on the podium every single time.

"So aligning our system so that we have more (Christine) Sinclairs more often, by design and not chance, is the key to our success – that's by uniting our provincial system, aligning it to our national philosophy, our national style, our change in DNA, and the way our players are developed, and how we approach the modern game." 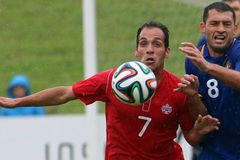 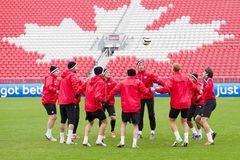 Searching for the soccer answer in Canada, CSA to release new blueprint
May 11, 2018 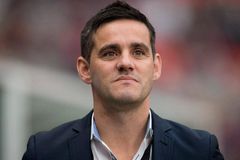