First, Toronto FC do some things well. In everything else, they fail.

One night in November of 2011, I went to a TFC postseason pub night, a cheerful, friendly event, with a few hundred fans, some players and representatives of TFC management. This is what the club does extremely well. For all the good vibes though, everyone was aware the MLS playoffs were rolling on and, once again, TFC was not taking part.

Mind you, on the horizon was a CONCACAF Champions League quarter-final against the Los Angeles Galaxy the following March – a glamour game and something to anticipate. People said would be so big it would be held at the Rogers Centre.

Six months later, deep into 2012, TFC fans were looking at the same-old, same-old: Loss after loss, a new franchise low.

Now, a full year after that particular low, TFC is second from bottom of the Eastern Conference in Major League Soccer. One win, six losses, four ties. There's something soul-destroying about TFC's sad, seven-year history.

Here's the thing: the FC stands for "futility club."

Coaches and executives come and go. Players come and go. But TFC stays stalled. And maybe the only way to categorize it is this way: as a new team, an expansion team about to be born, as it was when founded in May of 2006, a year-zero team.

It's always year zero in Toronto.

There are two things I remember about that pub night in 2011. First, the weird optimism had no anchoring in reality. The season had been another misery. TFC finished eighth in the East, conceding a league-high 59 goals in 34 games.

That year started with much optimism. Dutchman Aron Winter was unveiled as head coach in January, brought Bob de Klerk from Ajax of Amsterdam as his assistant, and Paul Mariner was brought in as director of player development. Winter talked vaguely of Dutch-style "total football," but total chaos summed up the start of his reign, including the ill-tempered departure of iconic, Toronto-born midfielder Dwayne De Rosario.

In late June, came the biggest news in TFC history: the club signed German international Torsten Frings and Dutch international Danny Koevermans as "designated players." It was a welcome distraction – TFC was winless in eight as the month drew to a close.

The season rumbled on and eventually something became clear – season 5 was actually being spun as a new season 1 in the evolution of TFC.

Team owner, Maple Leaf Sports and Entertainment Ltd., had fired director of soccer Mo Johnston at the end of the fourth season in 2010, and the influence of the club's dominant force since 2006 was erased. TFC was starting from scratch, an embryonic team again. Not much would happen in 2011 apart from the initiation of the Winter era. Season 6 (2012) would be the real year 1 for TFC.

There was a tincture of success in 2012. In March, in a game that was indeed moved indoors to the Rogers Centre, TFC tied the Galaxy 1-1 in front of a sold-out crowd of 48,000.

The surreal indoor atmosphere was joyous. TFC played well, with Frings commanding from the back, all cool calculation. A week later in L.A., TFC breezed past the Galaxy 2-1. And then, as if steeping from the parallel universe of CONCACAF Champions League to the banality of MLS, TFC opened its season and began losing.

"Bad luck," said Winter, many times. But the season was essentially over in April, with a semi-final exit from the Champions League and a long losing streak in MLS.

Winter was fired in June. Another false start to be forgotten.

Mariner became the new head coach and promised "a smile on supporters' faces" by making small changes. What happened was Canadian Julian de Guzman was traded to Dallas, Frings was injured, returned to Germany for treatment, barely to be seen again.

TFC ended the season in 19th place (out of 19 MLS teams). There was no smile on supporter's faces.

The owners then announced TFC would get its first president, Kevin Payne, formerly in charge of D.C. United. Turned out Payne's job was to delete the Winter era.

In January, Mariner was gone and news came Ryan Nelsen, a New Zealander with no management experience then toiling as a player for Queens Park Rangers in the England, would be TFC's new head coach.

Former Canadian national team player and TSN analyst Jason de Vos called it: "Without a doubt, the most bizarre coaching appointment ever made in Major League Soccer."

The idea, though, was obvious – a guy with zero coaching experience taking charge of a team that was in year zero mode again. Nelsen would construct from scratch and, eventually, succeed. Maybe not this year. But think long-term, again.

The result has been disastrous. TFC has a single win in 11 MLS games. Seemingly desperate, Nelson has merely brought in aging players to try to steady the team. Robert Earnshaw, 32. Bobby Convey, 30. Steven Caldwell, 32. The new-beginning idea is a joke. The team could be called Ryan Nelsen's retirement home for mediocrities.

It's highly unlikely this strategy of going back to zero again and again, is actually thought out. A cunning ruse it is not. It's an intuitive move by people who, frankly, seem to know nothing about building a soccer club. If they did, they'd hardly be going back to square one, over and over.

The other thing I remember from that pub night in 2011 is a remark by another observer. Sonja Missio, a soccer-obsessive doing postgraduate research on TFC fan culture, gave an assessment of the club.

"The team has no identity, none," she said. "Only the fan culture has an actual identity."

It was a devastating remark, and true. I thought of it earlier this year, when TFC began advertising the upcoming MLS season. Newspaper ads amounted to a simple image – supporters' scarves tied to bicycle posts, with a Toronto streetcar in the background.

No player's image was used. The coach wasn't featured. What was being sold was the vague experience of being a supporter. The fun of putting on the scarf and, well, that's about it.

There is no identity to TFC. No iconic player, no team ethos to promote, no populist coach to present. There is nothing. Zilch. Zero year, every year. And it is defined only by supporters who like putting on the scarf and being soccer fans.

I wonder if the pub nights are still fun?

John Doyle is The Globe and Mail's TV critic and author of The World is a Ball: The Joy, Madness and Meaning of Soccer

Columbus Crew continue mastery over Toronto FC with win at BMO Field
May 18, 2013 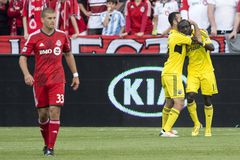 Nelsen vows changes as Toronto FC loses on another late goal
May 9, 2013 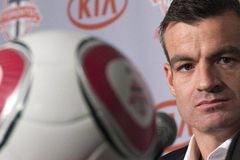 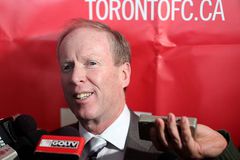 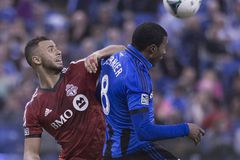