As the man most responsible for bringing David Beckham to Major League Soccer, Tim Leiweke knows that stars sell. Results? They're more of an inexact science.

But with Toronto FC bumbling through another basement-scraping season, the new president and CEO of Maple Leaf Sports and Entertainment Ltd., which counts TFC as part of its sports portfolio, is rolling the dice on more star-driven strategizing.

Uruguay forward Diego Forlan, who played with Beckham at Manchester United for two seasons in the early part of the century, will be unveiled as Toronto FC's newest designated player this week. It could happen as early as Monday or Tuesday, when the MLS international transfer window opens, and would make him available for selection for Saturday's contest at Sporting Kansas City.

As the winner of the Golden Ball – the best player in the last World Cup in South Africa, in large part thanks to his tournament-leading five goals as he led Uruguay to its best showing at soccer's showcase event in 40 years – Forlan will bring a global appeal largely missing from the current TFC squad. He will also command a salary to match, with a multiyear, multimillion-dollar deal.

His impact on the field, though, is more difficult to fathom. While his 34 international goals stood as the Uruguayan record until teammate Luis Suarez overtook him at the Confederations Cup last month, it's fair to wonder whether the 34-year-old's best days aren't in the rear-view mirror.

After failing to make much of an impression as a youngster at Old Trafford, Forlan left United and moved to Spain in 2004, where he won widespread acclaim, first with Villarreal, then Atletico Madrid. But a move to Italian club Inter Milan in 2011 failed miserably, and he scored just twice in 18 appearances.

Forlan experienced something of a bounce-back season last year with Brazil's Internacional, averaging almost a goal every two games. Last month in the Confederations Cup, he turned back the clock by taking a crucial round-robin game against Nigeria by the scruff of the neck and scored the winner to essentially guarantee Uruguay's appearance in the semi-finals.

Given the injury-blighted TFC careers of former 30-something designated players Torsten Frings, Eric Hassli, Danny Koevermans – who is still with the club – the BMO Field faithful can be forgiven for rolling their eyes at the arrival of another player of advancing years. Forlan isn't immune to serious injury – he tore his hamstring two years ago with Inter – but unlike the aforementioned trio, he takes his conditioning seriously, as is plain to see any time he scores a goal. (Although given MLS referees' trigger-happy penchant for issuing yellow cards, Forlan would do well to ditch his celebratory shirt-stripping routine.)

His ability to play in the hole between two strikers will suit his new club well. While he won't have a world-class pairing such as Uruguay's Suarez and Edinson Cavani on the end of his supply line, TFC's strike force of Robert Earnshaw, Jeremy Brockie and Danny Koevermans have been crying out for someone to provide half-decent service this season, and Forlan is capable of that.

Given Toronto's precarious position – second from bottom in the Eastern Conference, 13 points out of a playoff spot – anything else will be a bonus. 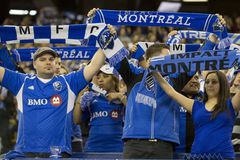 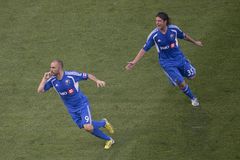 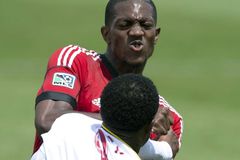 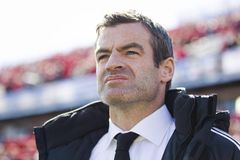