From where it came, the women's game is scrambled and strange. Like much of the history of women struggling for recognition and reward.

The official history starts in 1894 in London, England, when a woman named Nettie Honeyball – a real, though uncommon, surname – placed an ad in a newspaper calling for women to join her in establishing the British Ladies' Football Club. Some 30 women responded. The first game was played in March, 1895. Honeyball organized a team of ladies from North London to play ladies of South London. The North won 7-1.

It was a media sensation, this match. Honeyball was interviewed by the newspaper the Daily Sketch and said this: "I founded the association late last year, with the fixed resolve of proving to the world that women are not the 'ornamental and useless' creatures men have pictured. I must confess, my convictions on all matters where the sexes are so widely divided are all on the side of emancipation, and I look forward to the time when ladies may sit in Parliament and have a voice in the direction of affairs, especially those which concern them most."

There, "emancipation" is the key word. The 1890s were about many things. In England, it was the era of Oscar Wilde, Art Nouveau overtaking and Aestheticism. Artistic innovation. But the era was also about the universal suffrage movement, a shift to militancy in the long campaign to secure the vote for women.

The British Ladies' Football Club thrived for a few months. It was a novelty, outrageous in many ways. Press attention focused on what the women wore, naturally. Back then, all respectable women wore long skirts, and long sleeves covered their arms. A glimpse of an ankle was titillating. Honeyball's players wore knickerbocker pants, much like early baseball players, overlaid with short skirts.

Honeyball organized exhibition games, the receipts from tickets sales going to charity. Thousands of men packed the stadiums to see women wearing pants and kicking a ball. When attendance fell from the thousands to the hundreds, Honeyball wound down the whole enterprise and walked away.

That was the official story, chronicled in the official narrative. You can find it on many authoritative websites about soccer.

Recently, mind you, scholars researching the women's game to mark the 150th anniversary of the England Football Association stumbled on a different narrative. Nettie Honeyball never existed. The name seemed too good to be true, and was indeed that.

There are thousands of people with that surname. Yet there is no official record of a woman of that name having been born or acquiring the name through marriage who could have founded the British Ladies' Football Club. It was a pseudonym. Nettie Honeyball was most likely Mary Hutson, born in Dublin, Ireland, who was living in London in 1894. A man she called her brother in newspaper articles, and presented as her sidekick, was her husband.

The duplicity adds a piquant mystery to the story of the start of the women's game of soccer.

What was "Nettie Honeyball" up to? This, I'd say: The founding of the British Ladies' Football Club was a political act or an artist's stab at starting a cultural revolution, or both. It sure was avant-garde, a fabulously disruptive cultural creation.

If "Honeyball" was in it for the money, there wasn't much to be made, since the match receipts were going to charity. If it was the fame, why would she walk away from notoriety after mere months leading her players in games around England? Because the deed was done. The disruption was complete and the artistry of it, from the cunning stunt of her stage name (the joshing ingenuity of "net," "honey," and "ball" is inspired) to the performance by women of the male game, under the male gaze, was over. A blow for emancipation was struck. It would never be forgotten.

It wasn't. Women's soccer took root in England. Soon after, there were amateur teams everywhere. During the First World War, when the men's Football League was suspended, the women's game flourished. The kick-starter was a locomotive manufacturer turned munitions-maker – Dick, Kerr & Co. in Preston. A manager saw female workers playing soccer during a lunch break and had a brainwave – women's teams playing against each other, factory against factory, region against region. A wartime distraction and a morale booster.

And it worked. The Dick, Kerr Ladies were very, very good. There was a certain amount of titillation, of course. The women wore shorts, showed their legs and, in photos from the time, there is a coquettish quality. But play they did, against countless opposition teams of women. Games routinely drew crowds of 15,000 to 20,000. The money went to charity, usually to hospitals taking care of wounded soldiers.

Even after the war ended and the Football League resumed, the women's game was alive and well. According to Gail J. Newsham's book In a League of Their Own!, in 1921 the Dick, Kerr Ladies played 67 games. They had ended 1920 by playing against St. Helen's Ladies at Goodison Park in Liverpool, the home ground of Everton. More than 53,000 people attended, and that stood as the largest crowd for a women's soccer game until July 10, 1999, when 90,185 fans jammed into in the Rose Bowl in Pasadena, Calif., for the Women's World Cup final between the United States and China.

Then, between 1921 and 1999, the official histories are almost barren. In December, 1921, the Football Association banned women's teams from playing at any FA venue. FA members were barred from acting as referees, linemen or in any other official capacity in a game involving women. The women's game was frozen out.

The Dick, Kerr Ladies, being legends of the day, reacted by attempting a tour of the United States and Canada. They arrived first in Canada only to discover that the FA ban had been applied here, too. Canada was part of the Dominion. So the ladies went south and played nine exhibition games against U.S. teams, some of them men's. But here, there was nowhere to play, no official welcome or recognition. They were banned.

So the women's game went underground in a lot places. Eventually, of course, it emerged, and 24 countries came to Canada for a Women's World Cup. A game of ball and net, and nobody calling a player "honey." Emancipation. 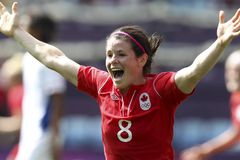 Kelly: Kicking off the World Cup anywhere but Toronto is a mistake
May 15, 2018 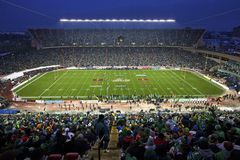 Doyle: The insult of artificial turf at the Women’s World Cup
May 15, 2018 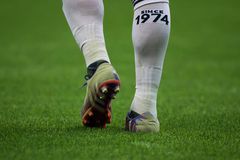