Over the past week, FIFA, which controls world soccer, descended fully into farce.

Accusations of corruption flew back and forth, alleged crooks pointed fingers at other alleged crooks, photographs of brown envelopes stuffed with cash were circulated, all of it culminating in a presidential election with all the transparency and democratic legitimacy of voting day in North Korea.

And Canada - yes, all of us, given where some of our tax dollars are directed - had a seat at that tawdry table.

The Canadian Soccer Association's president, Dominique Maestracci, and its general secretary, Peter Montopoli, both attended the FIFA meetings in Zurich, and Maestracci cast Canada's ballot in the presidential election, in which Sepp Blatter ran unopposed and received 186 of a possible 203 votes.

We know that the English Football Association pushed - unsuccessfully - to have the presidential election postponed, given the swirling accusations, and that the Scottish Association stood by it. The vote was 172-17 against the England proposal, with 14 abstentions.

What we do not know is where Canada stood.

Did the CSA side with the dissidents or did it endorse Blatter's reign?

How did it feel about the fact that CONCACAF president Jack Warner - the same region of the soccer world that Canada inhabits - stands accused of buying votes from Caribbean soccer federations for Mohammed bin Hammam, who was challenging Blatter for the presidency before pulling out of the election when the scandal broke? (It's hardly the first time that Warner, previously a Blatter ally, has been implicated in shady dealings.)

How did the CSA feel about the actions of Chuck Blazer, the CONCACAF general secretary from the United States, until recently a Warner crony, who seems to have turned whistle-blower in this case? And did the CSA endorse his subsequent firing from that post by interim CONCACAF president (sitting in for Warner, currently suspended while the bribery accusations are being investigated) Lisle Austin, though Austin may have lacked the authority to do so?

Was the CSA compromised in any way by the fact that, of late, it's done very well under the Blatter regime, securing both the 2007 men's under-20 tournament (more than $7-million in public money went into that) and the 2015 Women's World Cup (which will receive at least $15-million in government funding)?

And while we're at it, perhaps our representatives would like to let us know how they voted on the awarding of the 2018 World Cup to Russia, and especially the 2022 World Cup to Qatar, in a process that stunk to high heaven.

Over to you CSA …

Maestracci and Montopoli are on their way home from Europe, getting ready for what could be one of the bigger moments in Canadian soccer history, when a strong women's team begins play at the World Cup in Germany this month. But as to the FIFA shenanigans, they have nothing to say.

"For now, neither the president nor general secretary are available for comments," the CSA's communications manager, Michele Dion, said in an e-mail Thursday. "Given the sensitivity of the matter, and the speculation that has been going on over the past few days, we wish to let them travel back and focus on the upcoming competitions for our national teams."

FIFA, like the International Olympic Committee, acts as though it is autonomous, accountable only to itself. But that's hardly the case. None of its member associations could exist without some form of government involvement. None of its tournaments, including the planet's biggest sports cash cow, the men's World Cup, could be staged without a huge investment of public money from the host country. None of the national teams that participate in its events would exist without outside support.

And the CSA, which receives 18 per cent of its operating budget from the public purse, is also accountable to every competitive and recreational soccer player in this country who pays dues to one of its member organizations. Every soccer-playing kid and every soccer-playing kid's parent has the right to know where the CSA cast its votes, where it stands, whom it backs.

And if those voices aren't enough to force some accountability, perhaps it is time - as has already been the case in England - for the voice of government to be heard. 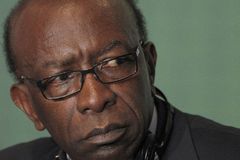