Damien Perquis's family ties are hard to miss. The names of his two kids are tattooed on his wrists, as are their initials, birthdates and his wedding date.

The French-born Polish international centre back also wears his heart on his sleeve with Toronto FC. Most times, he will greet you with a smile and a handshake. But he can rage on the field and off it.

Losses do not go down well.

"When you win, it's okay. You're happy. You want to spend time with everybody, you want to speak to everybody," he explained. "But when I lose, I can't switch my mentality. I know it's difficult for my wife sometimes because I'm very, very, very bad when I am angry. I don't speak too much and I stay on the sofa and I don't speak with anybody. Maybe you have to let me [alone] for one day and after it's okay."

The 31-year-old Perquis, in his second MLS season, cares about his soccer. It has been long part of his life.

Perquis grew up in Troyes, located in the Champagne region some 150 kilometres southeast of Paris, and joined his local club when he was 5. He worked his way through the youth system until he was 12, when he left home for Clairefontaine, the French Football Federation's elite academy.

"The first year was very difficult," he recalled. "I missed my family a lot."

After three years, Perquis returned to his home club in Troyes before moving to Saint-Étienne. He loved the fan fervour there but didn't play much. "I made a lot of mistakes," he said, hinting they came off the field as well.

On the plus side, he met his wife there.

After two seasons, he was lent in 2007 to FC Sochaux, who eventually bought him. He spent five enjoyable years there. "It was like I was at home because I was close to my parents, close to my family, close to my friends."

But he left for Real Betis in 2012 when he could not come to terms on a new deal with Sochaux.

Seville is home to Betis and Sevilla – with fans split between the white and green of Betis and white and red of Sevilla. The two stadiums hold a combined 100,000, one-seventh of the city's population. Betis's unofficial motto is "Viva el Betis manque pierda!" or "Long live Betis, even if they lose."

"You have to go to believe it," Perquis said of the derby matches.

"For me it's the best place to play soccer. They love soccer, they love their players, they love their team. And they want the best for everybody. But you have to do the maximum on the pitch. If not, it can be dangerous for you."

His 2 1/2 years with Betis were blighted by injuries, however. "I was very unlucky there."

One of those injuries was a broken jaw, suffered in a clash of heads on the field in a game against Malaga. Unconscious for 15 minute, he woke up in hospital and was plagued by concussion-related problems.

"It was a disaster after," he said.

The incident helps explain Perquis's anger in Sunday's MLS season opener after receiving an elbow to the head from a New York Red Bull.

A healthy Perquis saw his playing time dwindle under a new coach at Betis. They decided to part ways and Perquis got a call from Jerome Meary, who helps recruit players for MLS.

He saw Toronto as a new start, not to mention a chance to escape the fishbowl of European soccer which he experienced in his bid to play for Poland.

Perquis's grandmother is the source of his Polish heritage and, growing up, he ate Polish food and listened to Polish music with her. While he played for the French under-21 side, she is the reason he eventually pledged his international allegiance to Poland.

"It was her dream and my dream. So it was our dream," he said.

Because of missing family papers, he needed the help of then-Polish president Bronislaw Komorowski to get his citizenship approved. He received Polish citizenship on Sept. 1, 2011, and debuted for Poland five days later in a 2-2 friendly draw against Germany in Gdansk.

He played all three of Poland's games at Euro 2012 but reckons his international window is now closed.

Perquis had to put up with injuries and an everchanging cast of centre backs in an up-and-down 2015 season in Toronto. After spending the off-season working with his personal trainer, Perquis has been partnered with the reliable Drew Moor.

"He's been absolutely great," said Moor, a 12-year MLS veteran who came over from Colorado as a free agent.

Defence is a key for Toronto this year after yielding a league-high 58 goals last season. So far, so good with a shutout against the Red Bulls. Toronto visits New York City FC on Sunday.

Head coach Greg Vanney says the arrival of the vocal Moor has allowed Perquis to focus on his own job on the field. Not that Perquis has trouble communicating. He speaks Spanish, French and English but only a little Polish – "because it is very, very hard." His goal this year is to learn Italian. 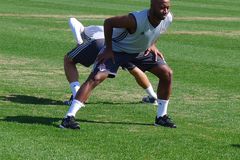 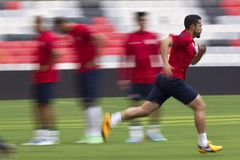 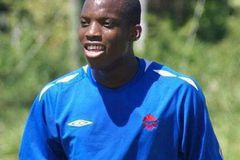