In Monday's playoff game in New York, Victor Vazquez, the midfield intersection of Toronto FC's offensive Venn diagram, was hip-checked hard in the nethers and had to come off injured.

(Vazquez, who speaks a rapid, delightful Spanglish, pointed out that he was technically struck in the "pubis.")

In the North American way of thinking, some advantage may be reaped from that misfortune. As long as New York Red Bulls believe there is a slight chance Vazquez won't play on Sunday, they'll have to waste time preparing for that.

So when Toronto coach Greg Vanney spoke Wednesday about Vazquez's fitness, he said, "We have [him] as questionable right now."

Unfortunately, a few minutes earlier, Vazquez had been intercepted in a hallway as he left the club's training facility. When asked if he'd be able to play, he said, "Yes, of course!"

He said it as though the question was not only foolish, but also just a little insulting. Miss the big game? Because of my pubis? Obviously not.

By Vazquez's age (30), most top pros have learned to speak in plug-and-play clichés and then quickly move along – North American style. But Vazquez is an unpredictable person on an unusual path. It's one that has not only put Toronto FC over the top this year, but may signal the most important direction forward for all of Major League Soccer.

Vazquez is a different in several ways. His quality, of course. The Spaniard may already be the most cultured player in North America.

Then, his size. Most MLS players are strapping specimens, unusually so by the standard of the sport. Vazquez is so narrow that he is only barely three-dimensional.

He compensates for that with an outsized physical presence. In conversation, his shoulders pump up and down, his hands flail, and he speaks so rapidly and without pause that he is often out of breath at end of an answer. That's out of the ordinary as well.

By now, Vazquez has had to tell the story of his pedigree so often, he's boiled it down to a short, memorized speech. It's the one time his cadence slows to a bored monotone.

As a child, he was part of the FC Barcelona academy's iconic class of '87, a grade-school teammate to Lionel Messi, Gerard Piqué and Cesc Fabregas.

"I remember that Messi and Victor were the best in that team," Fabregas told a Spanish sports daily a few years ago.

Messi disagreed slightly. As a youngster, the top player in the world was apparently happy to concede that Vazquez was his superior.

It didn't work out. Through a combination of factors – all of which boil down to a single one: life – Vazquez became one of those guys who almost made it.

He left for a team in Belgium and enjoyed a nice run through his mid-20s. He had to change his game from the ethereal one taught at Barcelona to the elbows-up style of the lower classes, but managed that.

He had a son, taught himself English and learned to enjoy a different sort of life than the one he'd been preparing for.

Many would be embittered by having got so close to greatness and brushed by it, but Vazquez had the right, ruminative turn of mind to adapt.

"My way of thinking is to be professional, to take care of my body and my family, and the rest? It will come."

After a few more years, he left for Mexico, but that went sideways in a hurry.

"Things weren't going well. You don't want to train because you're unhappy. Okay, you make good money, but you want your family to be happy. Also, I've said it many times, the safety's not the same as here, for example."

Clearly, something that had nothing to do with soccer went badly awry for Vazquez in Mexico. All he will say about that is that, "It happened. It's nothing to be worried about, but it happened."

He won't say what "it" is, but despite offers from Turkey and Greece, it persuaded him to move to the civic equivalent of a child-proofed home – Toronto.

When Vazquez informed Piqué of his plan, the Barcelona defender told him to "take it like an experience." So he did.

Vazquez has rented a house near teammate Michael Bradley and joined the slow rhythms of Canadian urbanity – "I want to be quiet, to be relaxed, to live a happy life."

This would all be unremarkable – a vastly qualified European player eventually washing up in North America – but for Vazquez's age and salary.

In the past, MLS was littered with vaguely familiar names well past their primes who showed up for a while to collect a cheque and sneer.

Toronto FC's prime example was Laurent Robert, a once-decent French ninny who would only lower himself to run if he was sprinting up the field to steal the ball from a teammate getting ready to take a free kick.

If you wanted a European who was willing to try, you had to pay many millions for him.

Vazquez arrived just out of his 20s, came here open-heartedly and is already among the finest performers in the league. He does all that for $700,000 (U.S.). Toronto's Sebastian Giovinco is the best player in MLS, but taken purely as a cost/value proposition, Vazquez has no peer.

MLS teams will always be able to buy top-end talent if they are willing to bleed dollars for it. It's the second tier – very good players from abroad on cap-friendly deals – that's eluded them.

In his way, Vazquez is more valuable to MLS than name brands such as Kaka or David Villa. He's the sort of player who can help turn an all-star league into one with real depth of quality.

If MLS has aspirations to compete on the world stage, it isn't going to buy its way there. It doesn't have enough money and nowhere close to enough prestige.

What MLS could be is among the world's more watchable leagues. If that's the goal, it's the Victor Vazquez type – the great players who've slipped, been misjudged, or have a sense of adventure – who are its future. 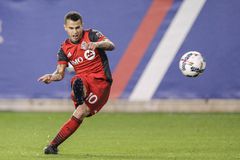 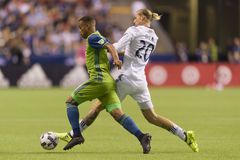