So now we know.

The list of potential train-wrecks is elastic, depending on what happens between now and June: injuries to star players, the dynamic between players (money and ego clashes), or between players a head coach, could shift all the predictions.

But some advance bets are worth making: The top teams, the surprises, the breakout stars and the teams most likely to disappoint.

The narrative arc of this World Cup will be dominated by Brazil's need to win at home. Pride and the roar of the crowd can carry a team far. What's fascinating about Brazil is the team was seen as mediocre before the 2013 Confederations Cup. Relying on meaningless warmup games to fashion a strong team (the home side is automatically in the World Cup), the picture was bleak. Then, playing at home for the Confederations Cup, the team jelled and ignited. A good bet to win it all.

As much as Brazil is driven by pride, Argentina, with its strongest team in years, is driven by ruthless determination to ruin the World Cup for its bitter rival. As Argentina sees it, Brazil is tactically naive and Argentina is ranked third in FIFA world rankings, while Brazil is 11th, for good reason. Argentina has attacking talent none can match. A fit Lionel Messi can take Argentina past any team. The smart person's bet.

The reigning world and European champion has been defeated only seven times in 83 matches under coach Vincente del Bosque. Spain's strength is its apparently endless supply of gifted young players able to adapt to its style of possession play. Near impossible to beat, even when brutalized by opponents. The safe bet.

The core ingredient for Italy is team chemistry, plus the oscillating ingenuity of striker Mario Balotelli. Coach Cesare Prandelli has stuck with a winning strategy of fielding players who work together for Italy's top club teams. At the centre of it all is Andrea Pirlo, the most cunning midfielder in the world, pulling the strings with aplomb. The romantic's bet.

In an astonishing qualifying campaign, Belgium rose to No. 5 in the FIFA rankings. It has a "golden generation" at its disposal – Vincent Kompany, Jan Vertonghen, Thomas Vermaelen, Eden Hazard, Kevin De Bruyne, Marouane Fellaini, Kevin Mirallas, Mousa Dembele, Romelu Lukaku – all among the best in Europe at their positions.

Although it struggled to qualify, Uruguay has its excuses – so many players scattered around the world coming together at odd intervals. It struggled to qualify for the 2010 World Cup and ended up in fourth place. It has rivalries with Brazil and Argentina to settle, and it has forward Luis Suarez.

MOST LIKELY TO DISAPPOINT

England's weaknesses were on vivid display in recent exhibition loses to Chile and Germany (the paucity of attacking ambition, the inability to hold possession). Against strong opposition, England could be humiliated in the early stages of the World Cup.

Germany might be overrated and overconfident. Its flaws were exposed at Euro 2012, as for all its flowing midfield wizardry, the team was stifled and out-thought by Italy. And then there's the arrogance that comes with easy qualification, which can lead to underestimating opposing teams.

Unfettered and free to attack, the Belgian is possibly the most enjoyable player in the world to watch. Fast, fearless and loving every minute of playing.

A player in sublime form playing for both Greece and club team Olympiakos. Four hat tricks this season.

Off the radar playing in Russia, the Japanese player has matured into a brilliant midfield tactician and canny striker, when allowed. 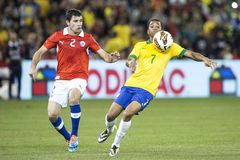 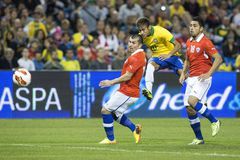 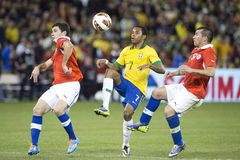 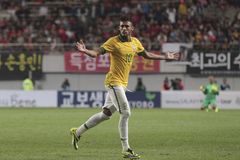