Carl Robinson showed early in his head coaching career that he won't shy away from tough decisions.

The Welshman had been on the job with the Vancouver Whitecaps just five months when he made the call to part ways with striker Kenny Miller, a highly-paid but aging player who didn't fit into his vision for the club.

"I've had some good friends here that I've had to let go or move on for certain reasons," Robinson said recently. "It's not easy, but I've been totally honest with them. It's about being honest and up front with people because you'll gain the respect of people if you're honest."

Honesty was something the 39-year-old appreciated during his days as a no-nonsense midfielder, and he has brought that to the sidelines as he prepares for his third season leading the Whitecaps.

After saying goodbye to veteran defender Andy O'Brien following the 2014 campaign, this winter saw Vancouver trade right back Steven Beitashour and cut ties with midfielder Mauro Rosales, two players popular inside and outside the locker-room.

"You have coaches that could tell you one thing (and) do another," said Whitecaps defender Jordan Harvey. "Robbo has always said what he means and means what he says. That open-door policy isn't just something he says. It's very true.

"He's going to give you his honest opinion and as a player that's all you can ask for."

Added goalkeeper David Ousted: "That's greatly appreciated, even the guys leaving the club. They know why, and he takes the time to still talk to them. That's one of his very strong suits."

Robinson's rise has been a quick one. He was a player/coach with the New York Red Bulls in 2011 and joined Vancouver as an assistant in 2012 before getting promoted to the top job a year later when Martin Rennie was fired.

"Being an (assistant) coach is nice, being a head coach is difficult because suddenly you become the bad guy," said Robinson, who played in England before joining Toronto FC in 2007. "My mantra is there's no bad guy in this. We're trying to base decisions on the best interests of the football club.

"I took the opportunity. I enjoy coming into work with this group of players. I enjoy working with the club. I've got a great organization. If I didn't enjoy coming to work then I wouldn't come to work."

Robinson points out there's always more to learn in the coaching craft, but one area where he's excelled in his 26 months at the helm has been finding talent in lesser-known leagues.

It has meant logging a lot of flying time and getting his hands dirty to shape a team that, unlike many others in MLS, doesn't believe in throwing money at big-name stars.

His spoils have included hulking Costa Rican defender Kendall Waston and a number of Uruguayans, including midfielder Cristian Techera and striker Octavio Rivero.

"I enjoy that part of it. It's hard work," said Robinson, a former Welsh international. "Being in uncomfortable environments is pleasing when you see the rewards on the pitch. I'm not saying signing a (US$10 million) player is easy because with that comes a lot of pressure, but it's probably a little bit easier than a $250,000 player."

Robinson got the Whitecaps into the playoffs in his first season and led the club to a franchise-record 53 points and second place in the Western Conference in 2015 before bowing out in the second round to Portland.

"For me, Robbo is the heart of the team," said Vancouver captain Pedro Morales. "He's the ideal person for this club and our progress."

And Robinson insists that progress will always be carried out the only way he knows how.

"Whether I make decisions right or wrong on the football field, the honesty will always remain there," he said. "That's just in my character." 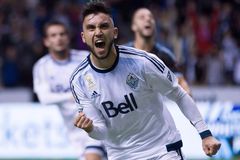 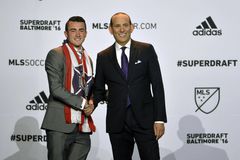 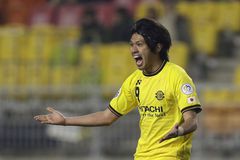 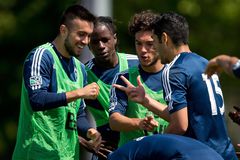