The journey began when he was just a teen, still playing in his native Scotland.

Much has been made of the Vancouver Whitecaps becoming the first Canadian team to reach the Major League Soccer playoffs in just two seasons. But coach Martin Rennie's journey to the MLS post-season has taken much longer — about two decades.

"It's everything I'd hoped it would be, and a little bit more," said Rennie about coaching in MLS.

The Falkirk product's career began after his local side did not have a coach, so he mentored the troops while also serving primarily as a central defender. With a potential pro career scuttled by a knee injury suffered while trying out for a North Carolina-based team in a now-defunct league, he obtained a business degree in his homeland and worked in sales and marketing for a large software firm.

He mixed his day job with playing and coaching for a while, but preferred the latter. Before and after he stopped working for the software firm, coaching took him to Oregon, where he coached the Cascade Surge of the Premier Development League; to Cleveland Stars of the third-tier United Soccer Leagues Second Division, to the North Carolina RailHawks, where he spent the past three seasons building a contender.

Along the way, he turned his clubs' fortunes around, just as he has done with the Whitecaps, who finished last in 2011 under two coaches but squeaked into the playoffs with a fifth-place finish and 11-13-10 record.

"It's exciting for me just to be back in a position where I have a real challenge ahead of me and a hunger to do well," Rennie said. "I think, sometimes, when you're at the same club or the same level for too long, you lose a little bit of that desire, that hunger."

In addition to serving as coach elsewhere, he had to handle many other duties to keep operations running smoothly. Occasionally, his wife did the team's laundry.

"I used to often pick people up at the airport or things like that," he said.

As a result, the eldest of a Church of Scotland minister's three sons who had a modest upbringing, has come to appreciate the Whitecaps' large front-office staff. Majority owner Greg Kerfoot, has shown a willingness to spend money where needed in a bid to build a model franchise.

Rennie has tried to make a difference initially by turning the Whitecaps into a team that is hard to play against and stressing the positive to a team that did not win a single road game in its expansion season. He has stressed the importance of building a winning culture while trying to introduce a compact style that, by his admission, the team got away from late in the season.

"Tactical and psychological things are primarily my main areas that I focus on, and the (assistant) coaches work hard on as well," he said. "I think the players have bought into that. As a result, I've grown a little bit."

Rennie's players praise him for his business-like approach, attention to detail, positive attitude and strong organization. The one player who did not buy in, rarely used striker Long Tan, was traded after he posted a critical comment of Rennie on Twitter. Tan was suspended for a week and the Caps soon traded him to D.C. United, although Rennie said the deal was in the works before Tan made his controversial posting.

Given virtually a free hand by president Bob Lenarduzzi to shape the team as he saw fit, Rennie also tried to grow the team by engineering a series of trades and signings in mid-season. The signings included fellow Scots Barry Robson, an emotional midfielder and commanding presence when he is on his game, and soft-spoken striker Kenny Miller, who has not displayed the scoring prowess expected of him, but still shows a willingness to answer reporters' questions on bad nights.

The coach also placed considerable faith in Jamaican rookie striker Darren Mattocks, 22, who overcame a slow start due to burns to his arms suffered in a cooking accident, to lead the team in scoring with seven goals.

Rennie said the changes are comparable to what he has done in seasons past. But many of the moves had limited results. Following a hot start, the Whitecaps enter the playoffs with just one win in their last 10 games. They have not posted a road win since July and managed just 10 goals away from B.C. Place Stadium.

Whatever happens Thursday, Rennie will have important decisions to make on what is needed to beef up his club's offence and figure out what to do about the high-priced Miller and goalkeeper Cannon, among others. The decisions could come relatively soon or a little bit later, depending on how the Caps fair against the favoured Galaxy.

Either way, it's clear that Rennie wants the Whitecaps to do more than just make history by reaching the playoffs.

"Every season that I've coached, my teams have managed to make the playoffs, so I'm glad that we've managed to achieve that," he said. "But it's more about what we do going from here." 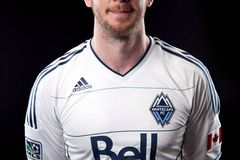 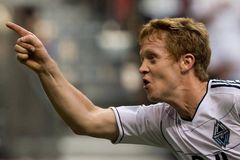 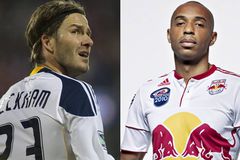