On a sunny day in the buildup to the debut of the Vancouver Whitecaps FC in Major League Soccer, the team practises at Empire Field. Staffers on the sidelines attempt to set up a 2.5-metre tall tarp emblazoned with the logos of the team and sponsors, the intended backdrop for interviews after the practice. Coach Teitur Thordarson comes over to speak with several reporters. A light wind knocks the backdrop over.

It is one of the hiccups as the latest addition to pro soccer in North America - at an ante of $35-million from the club's owners - rushes to ready for opening day. Come Saturday, in a game televised nationally on TSN, it's a Canadian clash at home for the Whitecaps against rival Toronto FC.

Vancouver's ambitions are much greater than what Toronto has managed during its unimpressive run in the league. In an inauspicious debut in 2007, Toronto didn't score its first goal until its fifth match. Starting its fifth season, TFC has yet to make the playoffs, despite the support of sellout crowds.

"History shows expansion teams struggle, but hopefully we can change that," Thordarson said, the felled backdrop behind him righted. "It is a very important thing, that our team is nice to watch. That has always been my philosophy. We'll take the necessary risks to win."

At the Whitecaps' head office, in an old, brick-walled building on the harbour downtown, the atmosphere among 65 staffers - up a third from a year ago - is not frantic. The group, however, has hacked through a harried month of overtime. The final push to the club's debut has included a cascade of broadcast deals finally signed - television, radio, Internet. One last founding sponsor was brought on. And for the product on the pitch, a desperately needed striker, Eric Hassli, was lured from FC Zurich.

"This has all the feel of a startup," said Paul Barber, the Whitecaps chief executive officer. "This is a big, big step up for our club. We're realistic how quickly we can achieve our footballing ambitions. The club's moving 100 miles an hour and there will inevitably be ups and downs."

Barber, in a natty blue suit and open-collar white shirt, has a strong résumé for an upstart sports franchise in a lesser-known professional league. He's been a senior executive in Europe for international advertising and marketing firm Ogilvy & Mather, and most recently, executive director of Tottenham Hotspur FC, the English Premier League team.

The Whitecaps, with four decades of history in other leagues, arrive in MLS with sponsorship cash that rivals any club in the league, and predictions in some corners the team will finish dead last. If there is a struggle, it might not be for long, as one of the club's owners, former Yahoo.com executive Jeff Mallett, wants the club to become one of the best in the world.

The goal seems wildly bullish, almost comically outlandish, the type of tout a person might hear from a mining promoter on Vancouver's Howe Street. And it looks even more unlikely given Vancouver's recent unwelcoming history for new pro sports team. Basketball's Grizzlies left town after an ignominious six-year run in the late 1990s, and the Ravens, a lacrosse team, made a three-year effort in the early 2000s but fizzled, lacking adequate funds.

Drawing a leader like Barber to Vancouver from Tottenham could be what separates the Whitecaps from the Grizzlies, or even TFC.

Vancouver once fervently supported soccer, in the 1970s, when the Whitecaps were top competitors in a pro league. The club's main sponsor today, Bell Canada, is among those convinced it can work again. At the Winter Olympics last year, Bell executives met with the main Whitecaps backers.

"We weren't looking for a deal," said Loring Phinney, Bell vice-president of corporate marketing. "These guys are the real thing. It's reassuring, when you're the title sponsor, to see the polish. Fans are going to be surprised."

Still, the celebrated home opener - the local advertising campaign asks, "Where will you be March 19?" - hasn't lured a sellout crowd. Local heroes such as former Canucks star Trevor Linden appear in the ads, but the Whitecaps remain a couple of thousand short of the 21,500 capacity.

It's been a tricky start, especially for tickets. The club, however, has sold 15,500 season tickets, even though it doesn't play a game in its real home, BC Place, until early autumn, when the downtown stadium's publicly funded half-billion-dollar renovation is finished. Until then home is Empire Field, a hard-to-get-to spot in East Van that lacks parking.

One disadvantage is the Whitecaps' lack of existing corporate heft. Toronto FC is backstopped by the infrastructure of Maple Leaf Sports and Entertainment, which also owns the NHL's Maple Leafs and the NBA's Raptors. It's the same two hours south of Vancouver in Seattle, where the Sounders had a smashing debut in 2009, when they made the playoffs, bolstered by home crowds of 30,000.

The fans were partly drawn by the marketing expertise - and extensive customer list - of the NFL's Seattle Seahawks, whose back office serves the Sounders, too.

Farther south, in Portland, the Timbers join MLS along with the Whitecaps, the two pushing the number of teams in the league to 18.

Mike Golub, chief operating officer of the Timbers, came to soccer from basketball, the Portland Trailblazers and before that the Grizzlies, the team's last days in Vancouver and start in Memphis.

Golub said the core challenge - for the Timbers and the Whitecaps - is twofold. First, the clubs, both of which previously played in lower-tier leagues, have to communicate to existing fans and potential customers why Major League Soccer isn't just the same old mediocre quality on the pitch.

Then, more difficult, is to make it last.

"Like any business, sports or otherwise," said Golub, "there's a certain honeymoon. We want to capitalize on the honeymoon- but we have to ensure it's not ephemeral." 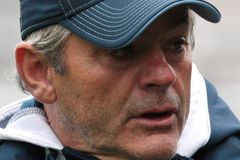 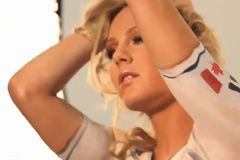 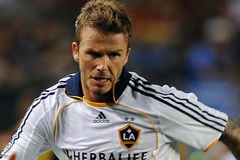