We live in ahistorical times. Thankfully there is photographic proof of the golden age.

It was 1979, and the downtown of a major Canadian city was choked with fans celebrating the Vancouver Whitecaps' North American Soccer League triumph in the now-defunct Soccer Bowl.

"Five years before, we were playing in front of friends and family, then it was Giants Stadium and 100,000 people in the streets," said Bob Lenarduzzi, a Canadian soccer great who played in that 2-1 triumph over the Tampa Bay Rowdies.

They were heady times for the beautiful game in North America, Pele and Franz Beckenbauer were winding down their careers with the New York Cosmos. The Toronto Blizzard and the Montreal Manic were filling stadiums.

Everything was great, until suddenly it wasn't.

"Five years later, we were done," Lenarduzzi said. "It was lightning in a bottle."

There is contemporary evidence of a soccer resurgence in Canada. This time no one is taking anything for granted.

Hockey and baseball may continue to bestride the pro sports landscape, but Major League Soccer is now on a more or less even footing with the CFL. The Canadian MLS markets – Vancouver, Toronto and Montreal – have surpassed our brand of the gridiron game in terms of attendance and fan enthusiasm.

This weekend's Grey Cup isn't exactly a tough ticket, in contrast with last Tuesday's playoff game between the Montreal Impact and Toronto FC. The Impact had little problem selling all 61,004 seats at the decrepit Olympic Stadium.

It would be shock if Toronto's BMO Field, also the site of the 104th Grey Cup, isn't packed for the return leg of the final. It's not likely pizza shop freebies will be required to make it happen.

The renewed interest and spiking viewership surely has to do with recent successes on the field, but there is a trend line, and it favours association football more than the three-down kind.

It's the antithesis of an overnight success.

Soccer has been the top participation sport in this country for decades (Canada is the among the world's top 10 in terms of registered players). The challenge has always been to translate that into support for domestic professional teams and the national sides.

The numbers suggest it's finally happening.

"I think you're seeing a new generation of fans develop, it's a younger crowd, a different crowd than hockey or football," said Peter Montopoli, the general secretary of Canada Soccer, the sport's national governing body.

Montopoli argues the roots of what we're seeing today go back to the 2007 FIFA under-20 World Cup – although he wouldn't quibble with going back a little farther: the 2002 FIFA under-19 women's world championship, an event that introduced Canada and the world to Christine Sinclair, perhaps the finest player this country has ever produced.

The subsequent bid to hold the U-20 World Cup provided the impetus to build BMO Field (Canada Soccer was a key funding partner). The event, which coincided with TFC's inaugural MLS season, drew 1.2 million people across Canada.

"Without that tournament there's no stadium," Montopoli said. "And I don't know where MLS would be."

Toronto became the first Canadian MLS expansion team in 2007 – the same year the league instituted a designated-player rule and David Beckham took his talents to the L.A. Galaxy.

It was the culmination of a five-year plan to revive the league, which lost $350-million in its first 10 years of existence and was propped up by NFL owners Lamar Hunt and Robert Kraft, as well as L.A. Kings owner Phil Anschutz (whose longtime protégé, Tim Leiweke, deserves at least some credit for setting TFC up as a powerhouse).

One of the paradoxes of North American soccer development is there are huge numbers of hardcore fans. The difficulty has been to convince those who grew up on a diet of Serie A, the Premiership or the Bundesliga to support the local team.

"Your first club is your first club, and you'll never change ... the difference is kids today can identify with clubs and teams from this country," Montopoli said. "Their reference points are Canadian."

Lenarduzzi, now president of the Whitecaps, said his club has paid particular attention to cultivating the supporter culture that is in some ways unique to soccer, and spends a lot of time tending to the grassroots.

"In the 70s the rallying cry was that soccer was going to be the sport of the 80s and 90s, that it was just going to keep growing on its own. That was a mistake," Lenarduzzi said.

The key contribution of MLS, he continued, has been its "slow-growth" agenda.

Beyond the success of their first teams, Canada's pro teams are also churning out a new crop of homegrown prospects.

All three MLS clubs have Canadian-born senior players – most also play in the national side – but more than that their academy systems are paying dividends.

Earlier this month Canada Soccer announced a 30-player roster for its 14-and-under Excel program, all but three are on the books with Canadian pro sides (the others are attached to U.S. teams).

Montopoli is fond of saying the development of soccer has involved a four-pronged strategy: participation (such as youth involvement), professionalization (including at the club level), performance (success) and properties.

"If the teams aren't successful, you're not generating the interest. Period," he said.

It's a similar theme to that put forward by Impact head coach Mauro Biello, who suggested before last week's game that what drives fan interest, beyond big names and glitzy television, is very simple.

"Fans see very ambitious clubs that are committed to doing everything they can to win," he said.

The case for soccer's surge is not merely anecdotal.

According to Forbes magazine's most recent valuations, the average MLS club is worth $185-million (U.S.). TFC is worth more like $245-million.

Lower-division clubs such as FC Edmonton and the Ottawa Fury (run by the same group that owns the CFL's RedBlacks) don't operate on quite the same scale, but have built loyal followings and compete in the annual national club competition.

More people are watching soccer on television as well. Canada's three MLS teams have similar numbers to the NBA's Toronto Raptors, about 200,000 viewers a game (though the Raptors have more of them).

The audience figures for soccer haven't yet eclipsed the CFL, whose ratings improved in 2016 but are still lower than 2010. But last week they came close.

According to the overnight Numeris ratings, which are provided by a third party and are not considered final, the viewing audience for last weekend's CFL's division finals averaged out at just over 1.2 million, a slight drop over last year.

Last Tuesday's Impact-TFC tilt had a smaller audience, just over one million; it was nearly double the previous record audience for an MLS playoff game.

On the paid attendance front, MLS gates are increasing while the CFL's are in steady decline.

This year, the leagues had nearly identical per-game averages (the CFL was slightly above 24,000, MLS was slightly below), but TFC, the Impact and the Whitecaps each out-drew the CFL team in their market.

The two largest crowds for a Canadian sporting event in 2016 were both for soccer – at the Olympic Stadium last week and the 54,798 who watched the men's World Cup qualifier against Mexico at B.C. Place.

The three Canadian MLS teams turned in the circuit's largest year-over-year attendance growth and 2016 was a record year for the league, the sixth-largest soccer league in the world by attendance.

Soccer doesn't yet enjoy the regular television exposure and appointment-viewing that football, hockey and baseball do, but the international calendar, along with the nine-month MLS season, means soccer is seldom far from public view.

The past decade has usually featured one or two notable moments a year to keep fans' attention.

You've had Sinclair leading the national women's team to Olympic medals (bronze in London and Rio, the first podium finishes in a Summer Games team sport in a couple of generations) and a couple of World Cups, and the men's team playing in international qualifying, or clubs in CONCACAF Champions' League games – Montreal reached the final in 2015, Vancouver is in the quarter-final stage for 2017.

All that's missing is the senior men's team playing in the World Cup for the first time since 1986. After missing out on Russia 2018, Montopoli said they are determined to be in Qatar in 2022.

After that, the aim is to hold the global showcase.

"Canada has hosted every other world soccer event," he said. "We believe it's our turn."

With reports from David Shoalts and David Ebner 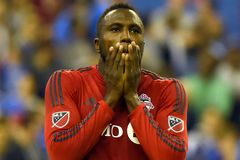