It is set in stone, the schedule for the summer's soccer World Cup in Brazil. And the upshot is this: the host side, Brazil, got lucky and almost every European team faces a torrid time getting to the final stages.

The formidably complicated FIFA rules – a tortuous process to avoid teams from the same region playing each other and to spread the top-seeded teams between the groups – means in the end, weaker teams are extremely long odds to proceed beyond the opening stage.

So, bang the drum slowly for England. And expect Brazil to come roaring out of its group with ease.

At first Friday, there was talk in England that Group D is the always-anticipated "group of death." It isn't. Italy and Uruguay are by far the strongest teams.

While Uruguay struggled to qualify, it always fares better when it barely makes the tournament. And it has Luis Suarez, the Liverpool striker, in excellent form (and, one suspects, relishing the idea of humiliating England, a country that has not always be kind to him). Italy showed at the previous European championship it has a new flexibility and is a good bet to sweep England aside. (As it did with ease at Euro 2012.)

There is the venue and conditions to consider, too. England will be playing in Manaus, the hottest and most humid of venues in Brazil. Expecting England to wilt in the heat in a foregone conclusion. The excuses are already being prepared.

Brazil, meanwhile, plays the opening game in Sao Paolo on June 12 against Croatia, possibly the easiest start imaginable. Croatia is a team in transition and squeaked into this World Cup by beating minnow Iceland in the playoffs.

In Group A, Brazil also faces Mexico and Cameroon. While Mexico tends to perform strongly once a tournament starts, and usually progresses to the knockout stages, it, too, is in transition. Cameroon tends to be unknowable – capable of fluid, stirring soccer but equally capable of collapsing in disorder. To Brazil, this group will look like child's play.

Another top contender to reach the final game, Argentina, looks to have a smooth route to the knockout stage, facing, in Group F, Iran, Nigeria and Bosnia-Herzegovina. Expect forward Lionel Messi to dance past the defenders of all three teams.

For exhibitions of sheer skill and entertaining soccer, look to Group B. That comprises world and European champion Spain, with Chile, the Netherlands and Australia. If there are two teams capable of beating Spain, they are the Netherlands and Chile. That makes Group B the tastiest group of all.

Initial reaction suggests Group G is the real "group of death" – Germany, Ghana, Portugal and the United States. It is a reasonable claim.

Germany is packed with talent and intends to prove a European team can win a World Cup in South America. Portugal has forward Cristiano Ronaldo who, if he chooses, can destroy any opposition. Ghana is the toughest of the African teams to qualify – a solid defence and capable of torturing the opposition into a 0-0 tie.

The U.S. is in a juicy motivational situation – head coach Jurgen Klinsmann is not only German, he's a German World Cup legend. His desire to beat his home country (where he's been mocked for living and working in America) will be huge. Besides, the U.S. always tends to punch above its weight at the World Cup.

A total of 203 countries took part in the qualification stages, a two-year process that began in June, 2011. Of the 32 countries to qualify, 24 have played at previous tournaments.

Now, it looks like old familiars have the smoothest paths toward the final. No European power has it easy. Geography matters at the World Cup – there's pride and the sense of displacement that comes with crossing to distant continents. South American countries feel the game is theirs and they stole its soul long ago from Europe.

They now have the chance to prove it. 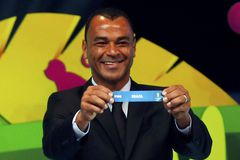 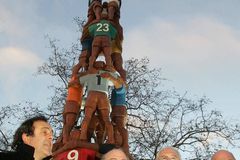 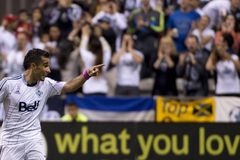