Dodô Azevedo, who writes a blog called "Shall we talk about ourselves?" on the largest Brazilian media network, Globo, posted this piece on June 18. The Globe's Rio de Janeiro bureau chief Stephanie Nolen has translated and annotated it below, saying it provides a good summary of the emotional response of Brazilians to the first part of the tournament.

None of this should be astonishing, and we won't talk about results on the pitch (the World Cup is cool because everything that can happen, happens, especially in the first round), but here we go:

2) The streets have been decked out in green and yellow.
[Pre-Cup there was a lot of speculation that no one was excited and the country would not make the usual demonstrations of support].

3) The streets have also been decked out in the Dutch orange, the Chilean red, the Argentine blue ... 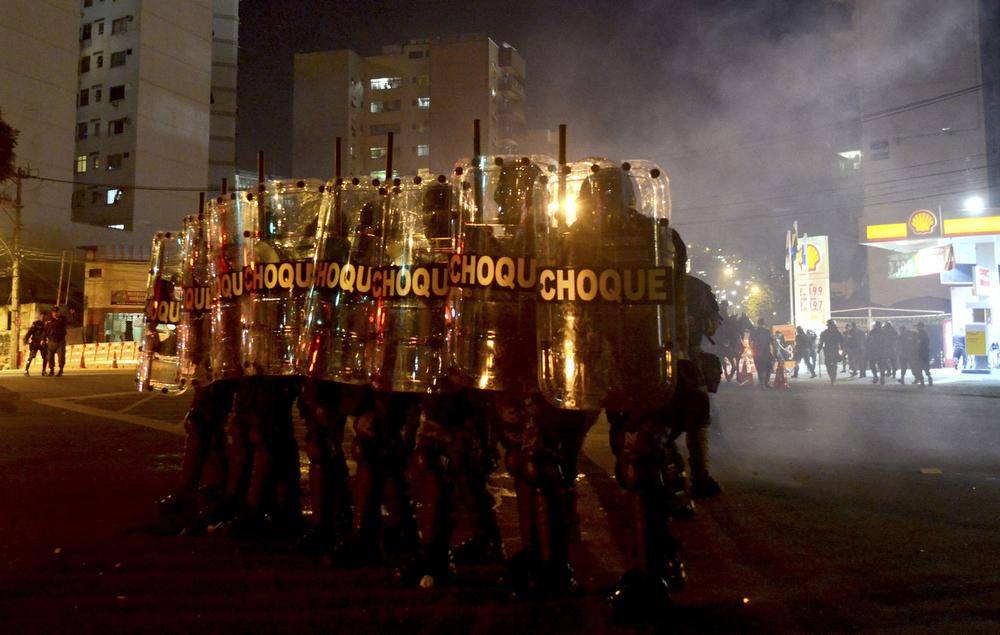 4) The Cup has not paralyzed anything: people are participating in demonstrations with great conviction. That said, it is no surprise that the police response continues to be excessive and ill-prepared.

5) There are no black people in São Paulo: during the broadcast of the opening game, beamed to billions of people across the planet, I was chatting online with a New Zealand friend who was watching it on TV. His first comment, on seeing the images of the stands in the Itaqueirão stadium:"Hey, are there no blacks in Brazil?"

6) There are no blacks in Ceará. [Race and income correlate in Brazil; while the country is 54 per cent black and mixed-race people, the makeup of the Brazilian fan base at the games shows very few of them could afford to buy tickets.]

7) The tourists are very good people. Once again,"the other" proved not to be the problem. 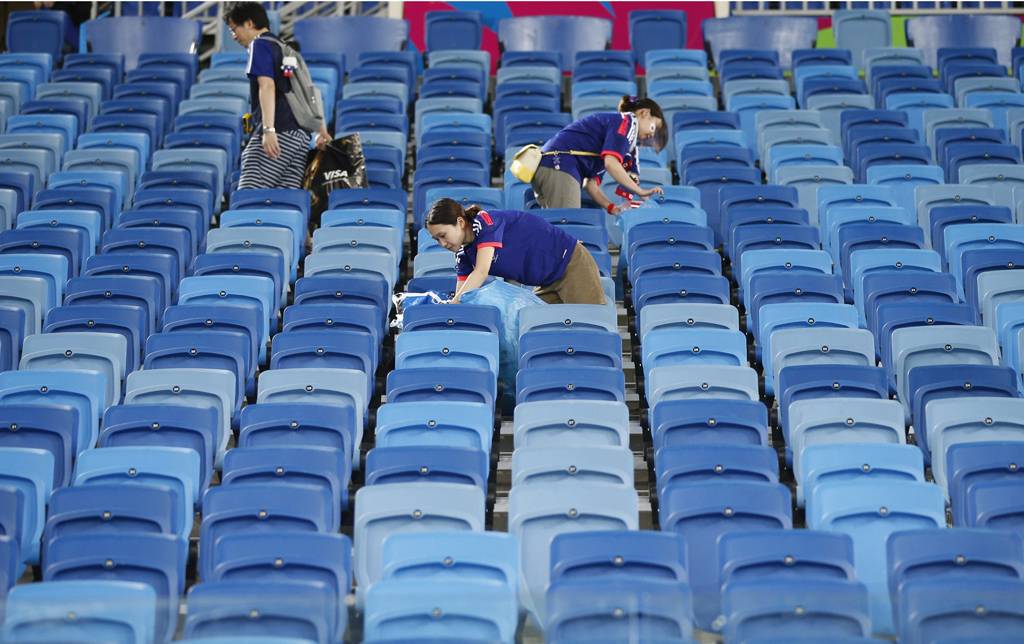 8) Japanese fans cleaned up their garbage in the stands after their team's games.

9) German fans collect garbage on the beaches of Copacabana.

10) Dutch fans exchanged jerseys with Rio street sweepers, those people who are invisible to us in everyday life, whom we see as some form of subhumans.

11) Ghana fans did a Christmas shopping rolezinho [the term used for a mass invasion of a mall by teenagers] and Brazilians did not exercise their usual prejudice and flee, thinking that it was robbery. 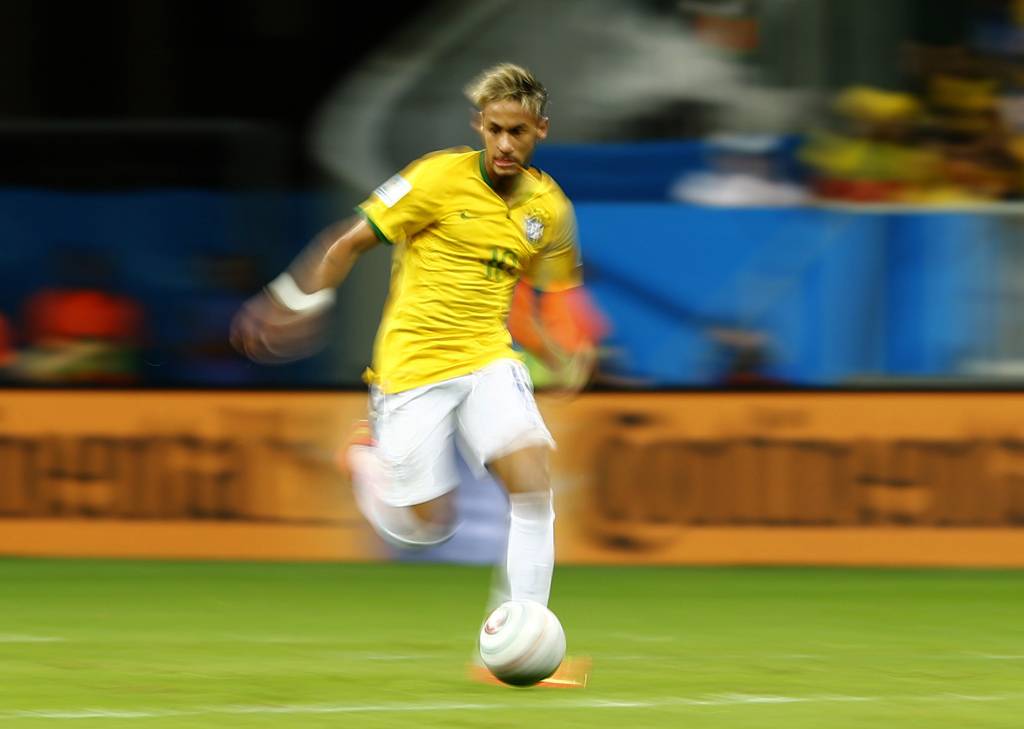 12) The football being played is not just technically excellent. The national squads are showing immense joy at playing in Brazil, this country that had the reputation for being a place where only terrible things happen.

13) The hype around our national squad was dialed down substantially after the welcome draw [against Mexico] that was reminiscent of the lame matches we played in 1994 and 2002, when we were champions. [Despite bad performances in 1994 and 2002, Brazil went on to win the final.]

14) A Sao Paulo taxi driver returned 40 World Cup tickets left behind in his cab by Mexican tourists out of their heads on tequila. Adilson Luiz da Cruz is the best of Brazil.

15) The Brazilian fans in the stadiums cheering for Brazil do not know the first thing about being a Brazil fan. Except for the anthem of the coxinha,"I am Brazilian, with great pride, with love," they do not know how to behave as a collective and dominate a stadium. [Tickets for World Cup matches were priced far out of reach of most of the Brazilians who regularly attend club matches and are familiar with all the many ways of"cheering" in Brazil. The word coxinha means drumstick, and it's Brazilian slang for a lame, uptight rich person."I am a Brazilian" is a chant everyone knows – and it's become a bit farcical in the stadia, since the rich fans are stuck singing that one over and over] 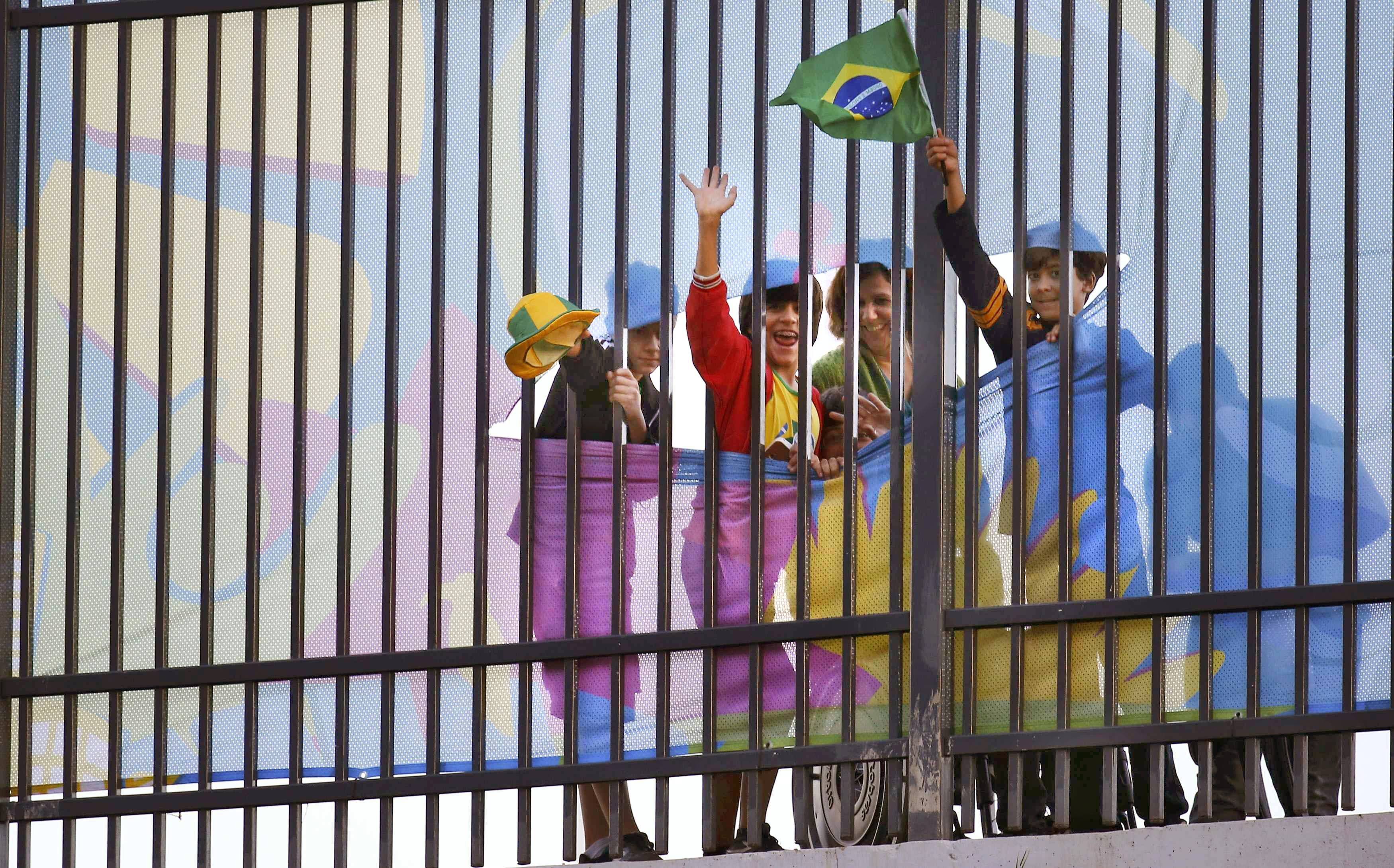 16) The crowd outside the stadium, who are not wealthy, or connected -- they know how to cheer on a team.

17) Thus we have no real fans at our games in our own country.

18) The usual "Wailing Wall" on our social media has fallen silent. People have stopped complaining about colds and flu, noise from neighbors, heat, cold, rain and sun.

19) The legacy of the World Cup will not be material. It will be emotional.

21) We were forgetting who we really are.

This is our real contest. If the task of Coach Felipe Scolari's team is to win this championship, ours is this: not to forget again.