Empathy is what's required. Not scorn.

It is easy to pour scorn on Iker Casillas, the Spanish keeper whose mistakes led to the Netherlands trouncing Spain 5-1 on Friday – a result nobody imagined in advance. Spain, World and European champions, so easily demolished.

It's easy to do as the British press does and refer to Casillas's performance as "a howler" or "an absolute shocker." The clichés of finger-pointing, bullying ridicule. Awful attitude.

So empathy's my tack, and I'm taking it. A Canadian thing to do.

But this Canadian tack is about more than our sense of fairness and compassion. It's about how we perceive and intuit our national game.

The humiliation of Casillas was there for the world to see. No need to heap derision on a great 'keeper scrambling on the ground, his instincts and dignity gone. On the Netherlands' fifth goal, he resembled a victim of a beating by a gang of thugs. You almost expected him to assume the fetal position to protect himself. He was, at that point, responsible for four of the five goals scored against his team.

Not his fault, though, you could argue. He should not have come into this World Cup as Spain's main goalkeeper. He lost his confidence, timing and technique some time back. He was sometimes poor for Real Madrid this past season, and not their first choice in league games. And before that again, when José Mourinho was in charge there, he recognized that Casillas was fading and dropped him. There was controversy in Madrid at the time over that. But Mourinho was correct.

And here's the thing: Finger-pointing at Casillas actually reveals a truth about Spain, not the 'keeper. Spain's reign isn't over, but Casillas's is. With another goalkeeper in place, Spain can flourish once again.

How many NHL teams are anchored in the goalie? How many Stanley Cup playoff series have a narrative arc that is, in essence, about a goalie? Hardly anyone in Canada needs a prompt about the answers.

In asserting that Spain ain't finished, I think about Ken Dryden. One the most often-quoted portions of his great book, The Game, is about the dynamic between goalie and rest of the team. "A goalie's job is to stop pucks … well yeah that's part of it. But you know what else it is? You're trying to deliver a message to your team that things are okay back here. This end of the ice is pretty well cared for. You take it now and go. Go! Feel the freedom you need in order to be that dynamic, creative, offensive player and go out and score. That was my job. And it was to try to deliver a feeling."

Ultimately, Spain failed in its first match in this World Cup because Casillas failed to "deliver a feeling." Another 'keeper can do that; anchor the best team in the world, and restore confidence. It's not skill or tactical cunning that Spain lacks. It's the strength that comes from knowing the goalkeeper is confident, secure.

Casillas deserves empathy and respect, not scorn, because his career has been magnificent. He was a prodigy. He first played in goal for Real Madrid at the age of 16. He played in a Champions League final for Madrid at the age of 19. He was that good. At 21, in 2002, he anchored Spain through a strong run at the World Cup in South Korea and Japan, saving two penalty shots in a knockout game against the Republic of Ireland.

At Euro 2008 he saved two penalties in the most important game in Spain's history, a quarterfinal against Italy. It ended scoreless and went to the penalty shootout. Italy has always been Spain's nemesis. The psychological boost of beating Italy was vital to Spain's emergence as a top national team in the world.

I was at that game in Vienna. The tension was mind-numbing. "Iker can do it," a Spanish journalist snapped at me. And he did, stopping shots from Antonio di Natale and Daniele de Rossi. Spain's great swaggering run to become Euro champions and then World Cup champions started there, with those saves.

Spain's not out, yet. Casillas is. Sympathy and respect are his due, not scorn, this Canadian says. 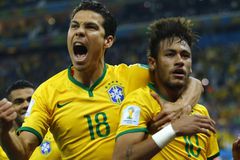 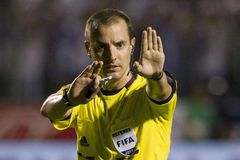 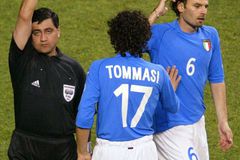