One day this past week, one of those days now blurred in memories of games, goals, strange results and upsets, I was taking to the BBC.

I was on the phone with BBC radio, an outfit that was deeply interested in my view that journeymen players have made this World Cup magical. Not the Messi, Neymar or Cristiano Ronaldo performances, but the work of unheralded guys who are not international celebrities.

In a column in the topic I cited Leroy Fer of the Netherlands and Gary Medel of Chile, among others, not superstars but toilers, and in this arena, capable of the moment that makes everyone, especially, neutrals, stand up and cheer.

The BBC interview never aired, WiFi problems, FIFA issues with non-rights holders talking from the stadium, but it did get under way. The opposing view to mine was a journalist who took the view that the World Cup is "the Oscars" of football, the red carpet fandango of superstars dong what they are famous fur doing – being really, good at what they are famous fur achieving.

I disagree. Obviously. Herewith, five players, unknown heroes until now, to watch out for in the Round of 16. 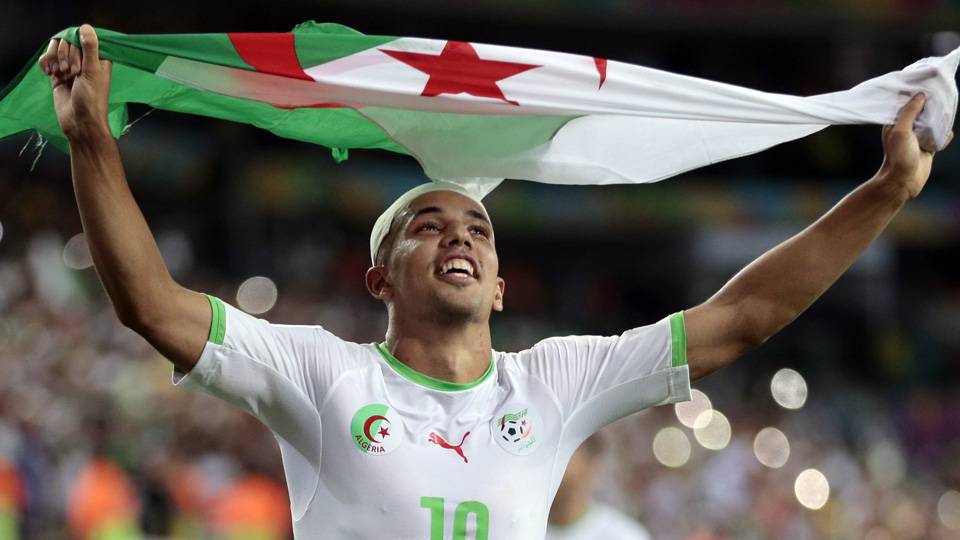 He plays for Valencia in Spain and midfielder Feghouli was one of those essential players in dragging Algeria through. He stepped up to coolly take a penalty against Belgium and mastered the midfield in the wins over South Korea and a tense draw with Russia. A classic ”10" - the midfielder who pulls the strings - he’ll be facing challenge against Germany. But he’s got the skills brains and hips to become a powerful midfield conductor. If he isn’t in some rich club-team’s list of must-have players, he should be. 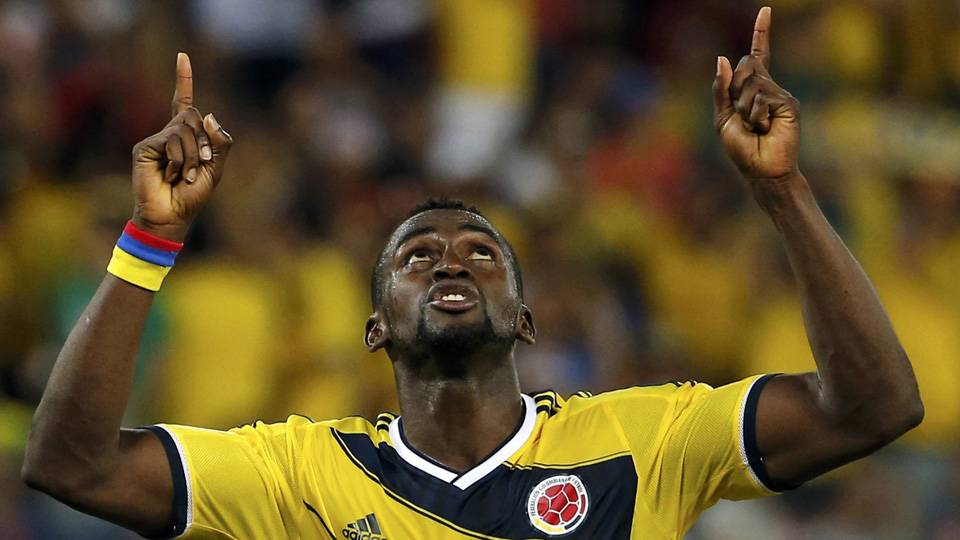 A goal-scoring machine lurking in Portugal’s league for Porto, he’s one of those guys who emerges quickly to command attention on the big stage if the World Cup. He scored twice for Colombia in their 3-0 win over Japan and always looks likely to poach a goal, no matter the opposition. In the endless chatter about emerging superstars, he’s often tipped to join Arsenal in England. 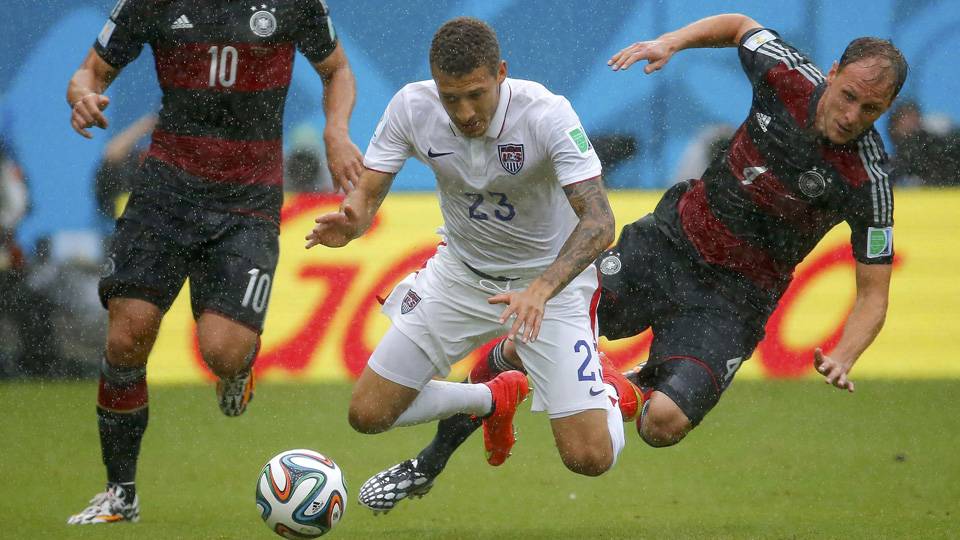 In the Group of Death, the United States faced enormous challenges – Germany, Ghana and Portugal. With a unity of purpose, they got through. It’s an odd team, often relying on the counterattack to clinch that tie or eked-out win. In that context, Johnson has been a standout, launching attacks down the right side soon after the U.S. seemed to be defending desperately. Born in Germany, son of an American solider who served there, he labored in unglamorous German in clubs, 1860 München and VfL Wolfsburg and Hoffenheim. He went to bigger club Borussia Mönchengladbach on a free transfer earlier this year. 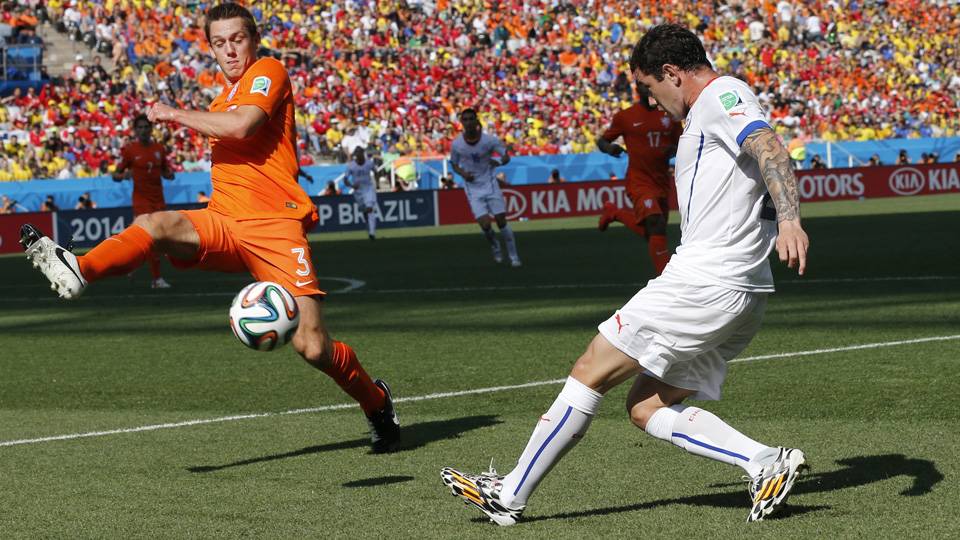 He plays for Napoli in Italy but has been on loan at Valencia for some time. Now he’s surely going back to Serie A, even if Napoli manager Rafael Benitez seems unconvinced. Vargas scored a gorgeous goal against Spain and looked dangerous in every game for Chile. He's the kind of striker with a Neymar-like eye for the incisive run, twist, and accurate shot. Against Brazil, he’s a man to watch. He's a striker at his peak. 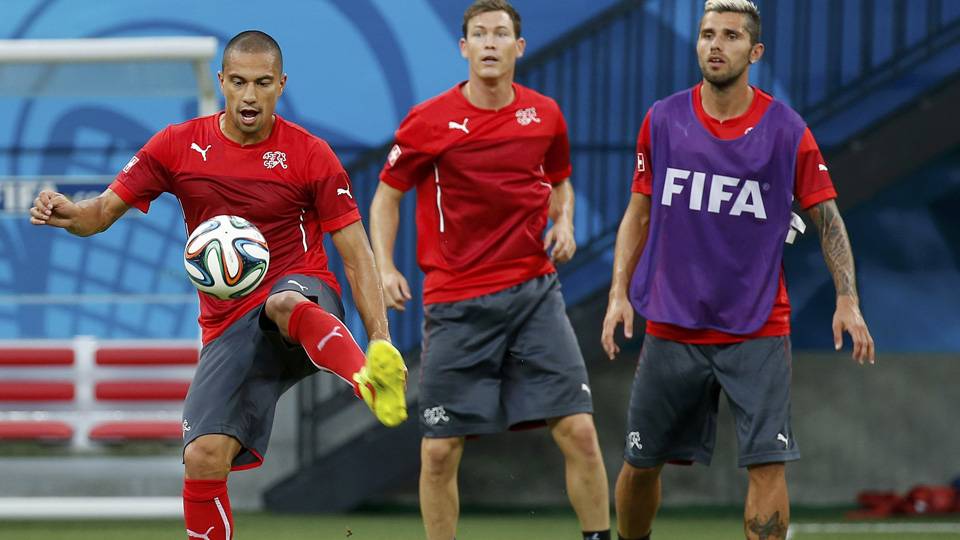 He’s hardly an unknown, being captain at Napoli in Italy, and before that he impressed at Udinese. But he’s now developing into classic Italian midfielder, in the style of Pirlo and others. It took him a while to find his best position and style in the Swiss team, but against Honduras he was the key player in supporting Xherdan Shaqiri to acquire a hat-trick and Switzerland to move into this the second round. Against Argentina next, on Tuesday, he will need every ounce of skill, but he’s got tons if it.