Before a ball was kicked in earnest on the field here at the Maracana, this game was enveloped in an air of hysteria.

There were tens of thousands of Chilean fans here, far outnumbering those of Spain. The Chileans were cocky, cheery and utterly giddy at the prospect of wiping the floor with Spain. Yes, Spain. World Cup champions. The team so easily demolished by the superb Netherlands the other day.

This is South America. They do things differently here. They erase European reputations. There are cops and military with assault rifles, battalions of them, around the stadium, but there is no efficient system for getting fans in and out of that major stadium.

Chilean fans stormed into the media centre trying to get access to the arena. Chileans will tell you some were frustrated by long lineups and confusing directions from stewards. FIFA said "individuals without tickets violently forced entry" to the stadium. A flimsy wall came down. Later, on the field, Spain's World Cup collapsed.

This was the most surreal World Cup game and day in decades.

Even before the invasion and wall-collapse incident, there was some kind of delirium unleashed. I saw a journalist from Chilean TV dancing just outside the media centre – a tiny woman in a tiny red dress. I thought she was goofily limbering up for her live report. Then I realized the noise around me was coming from Chilean fans gazing down from the stadium platforms. She was dancing for them. They loved it.

Nobody was dancing for Spain. While the emphatic defeat at the hands of the Netherlands could be explained, maybe, by goalkeeper Iker Casillas having a nightmare game, this was a shockingly bad team performance – the crisp passing and smooth possession was replaced by a ponderous approach, one utterly lacking in verve, physically and mentally. Spain just looked confused.

Not since France, then World and Euro champions, crashed out of World Cup 2002 in Korea/Japan in the first round has a major soccer power been so ignominiously thrashed. Italy as champions exited the last World Cup in the first round, too. But this was a debacle. The triumph of so-called tiki-taka passing soccer now goes into the history books, because it's over.

Why? Possible reasons abound. Casillas is past his best, a defeated man. The lack of Carles Puyol on defence – he's now retired – illuminates how important he was to the team, a rock-solid, one-man wall when required. Some will say that long European seasons playing at clubs that are active in multiple competitions inevitably wears down a team of players of Spain's quality.

To add to the weirdness of the day, the game and the defeat of Spain, the man at the heart of the Chile team engine is one Gary Medel, a man known to Toronto police.

He played for Chile at that notorious Under 20 World Cup game in 2007 at BMO Field against Argentina. In a tense, scrappy game, the referee lost control. Yellow cards and red cards were flourished. Medel, whose nickname is "el pit bull" in Chile, was sent off. It was the final straw for the Chilean supporters. They heaped abuse on the ref, threw things at him.

After the game, as the young Chilean team was about to leave on the team bus, there was an altercation with the Toronto cops. Medel, furious still, was enraged. He was tasered by the police.

Much of that Chilean youth team gradated to the senior level, and it shows. A superb, harmonious unit of a team is Chile. Enormously skilled on the ball, they attack as a unit, fast and relentless. Alexis Sanchez, Arturo Vidal and Charles Aranguiz worked with sublime precision, going forward in wave after wave of thrilling offensive play.

Twenty minutes in, Sanchez leaped on a poor pass from Xabi Alonso and raced forward. He did a nifty one-two with Vidal before passing to Aranguiz, who squared the ball to Eduardo Vargas, who then beat the onrushing Casillas and scored. Right there, Spain's obituary began to be written. Outclassed in speed and skill again, it was over. Spain out of the World Cup. You just knew it, surreal as the thought was. A day that was marked by an invasion by Chilean supporters ended with Chile's invasion of the very top flight of world soccer. They will go very far at this World Cup.

And, in the end, thanks to the obvious flimsiness of the media centre here at the Maracana, it was impossible to hear anything but "Ole, ole, ole, Chile!" And deservedly so. 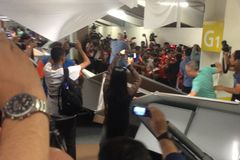 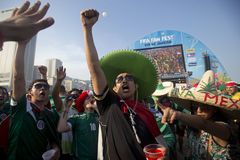 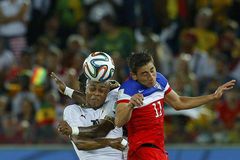 England’s future looks good, but not at this World Cup after loss to Italy
June 14, 2014 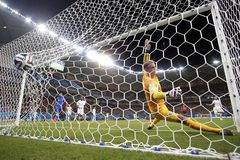