In the 75th minute of England's game against Uruguay, Wayne Rooney scored. It was his first World Cup goal.

That's a fact and an astonishing one. Rooney, England's best player, perhaps its only player deserving of a place in a best-of-the-world team, had never before scored in a World Cup. This is his third such tournament.

Scoring goals is Wayne Rooney's job. After a decade of trying, you'd have to conclude he's terrible at it.

It wasn't always so. Rooney arrived on the international stage ten years ago, at Euro 2004 in Portugal. You know what they called him then? They called him "the White Pele."

For a while it was even plausible. The "while" lasting about two weeks. I was at all of England's matches in Portugal and Rooney was breathtaking. In the opening game against France, he made fools of the opposition. Mainly just by finding space and running.

Through all of England's games he made you gasp. Every time the ball came to his feet, the entire stadium, England supporters and others, knew he was capable of magic.

Except that it wasn't magic. It was raw talent, unschooled, existing in a youth not awed by any opposing player or team. He was the epitome of English soccer. He made England's supporters believe again that European sophistication and South American cunning were inferior to coarse energy and raw talent.

The ruination of Rooney and the root of England's failure over the decade since then can be anchored in another astonishing fact. Wayne Rooney never got better than he was in 2004. He didn't become a more mature, cultivated player. He didn't get canny with age and experience.

English players rarely do. At every major tournament, England looks ordinary, because it is. The cultivation of craft, of learning through experience and becoming a master is non-existent in England. It's not taken seriously. It's just foreign, literally.

In Italy or France, in contrast, being a professional footballer is a serious matter. A career. Something that begins with learning the basics, continues through apprenticeship and goes on through early career. There's a lot of discipline involved.

It's like being a lawyer or a surgeon. You are supposed to get better, craftier, more deft and wily with age and experience. In soccer, in many countries you don't stop learning until you hang up your boots and retire. Even then you are expected to be able to pass on your knowledge to youngsters.

He is known to express his unhappiness when he's played out of his favourite position. He doesn't appear to look on a manager's decision to play him on the left, not in the middle, as a challenge to learn and grow. Instead, it's something to grouse about.

The vast gulf between England and the top national teams in the world was exposed in the match against Italy. For all of the possession and enthusiasm of England, the player in the field you dwelt upon was Andrea Pirlo.

Pirlo pretty much has a PhD in soccer. He's thought about it. A lot. This job he does. He would probably bore you blind if you asked him to explain his thoughts on the 4-1-4-1 system that he anchors. But his intention is to make each game a masterpiece of tactical planning and execution. He prowls the centre circle like a master craftsman in his studio, anticipating a problem here, erasing the problem there.

England hadn't a clue how to deal with him. It's been about six months since England discovered it would play Italy here at this World Cup. The time and place were known. Yet it had no plan to deal with him, to counter his actions. It was like schoolboys meeting a professor.

There are many issues underlying England's reliance on spirit, tenacity and raw talent. Issues of class, money, insularity and mistrust of foreign ways, suspicion of professional, cultivated cleverness.

They are all there, exposed, in the career of Wayne Rooney. If anyone cares to probe, that is.

Excuses can be made, too. Rooney was injured at this or that previous World Cup. A manager didn't know how to use his talent. They can be catalogued and then used in pub arguments or in TV punditry.

But facts are facts. Wayne Rooney scored his first World Cup goal against Uruguay. Ten years after he was called "the white Pele." That's just wrong and it means there's something wrong with English soccer; how it's played, taught and the amateurism that is lionized in England. 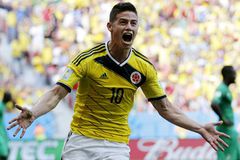